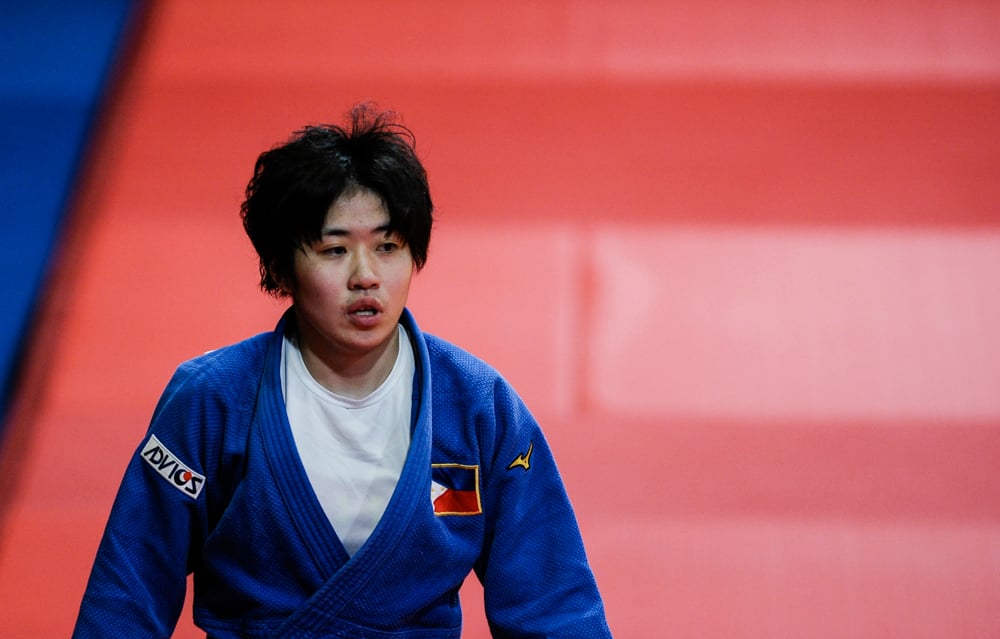 Kiyomi Watanabe was visibly disgusted with the way her first Olympic trip in Tokyo two years ago turned out, but the country’s premier judoka has never lost heart and is determined more than ever for a return stint to the Summer Games in Paris 2024.

“I’m sure more athletes would like to qualify for Paris since health protocols (due to COVID-19) have already been relaxed. I expect a stiffer competition to earn a spot,’’ said Watanabe in Japanese.

Spain’s Cristina Cabana Perez dismissed Watanabe in the round of 32 via “ippon” in just 38 seconds in Tokyo.“After losing that match, I promised to qualify again in Paris and win that medal for the Philippines,’’ said Watanabe, who anticipates reclaiming her throne in the Southeast Asian (SEA) Games in Cambodia barely four months from now.

The 2018 Asian Games silver medalist in the women’s -63-kilogram class will resume her hunt for an Olympic berth beginning with the International Judo Federation Grand Prix in Portugal set Jan. 27 to 29, the first meet of the 2023 World Judo Tour.

The 26-year-old Watanabe, whose mother hails from Mandaue City, Cebu, has a tough task ahead as she need to rank in the world’s top 17 in her weight category for a direct qualification, or at least a No. 10 finish in the Asian rankings before the qualification ends.

“They have to meet the cut-off quotas by June 2024. There are no fixed number of points, but they have to be within the top number of competitors within each event,’’ said Philippine Judo Federation Secretary General David Carter.

Watanabe, a four-time SEA Games gold medalist, wasn’t able to defend her title in the Vietnam edition of the SEA Games last year due to a foot injury, but is currently in good shape for the qualifiers.

Several tournaments in Europe and Asia stretched throughout the year have been marked as Olympic qualifying events where Watanabe could collect as many ranking points as possible along with Filipino-Japanese siblings Shugen and Keisei Nakano, who are likewise dreaming of a Paris stint.

Watanabe, who slipped to No. 117 in the world rankings, and the Nakano twins are also looking at the Asian Games in Hangzhou, China, in September to increase their ranking prior to the Olympic qualification cutoff.

Exclusive: Simmons gets clearance to suit up for NLEX. But will he stay? – TalkOfNews.com