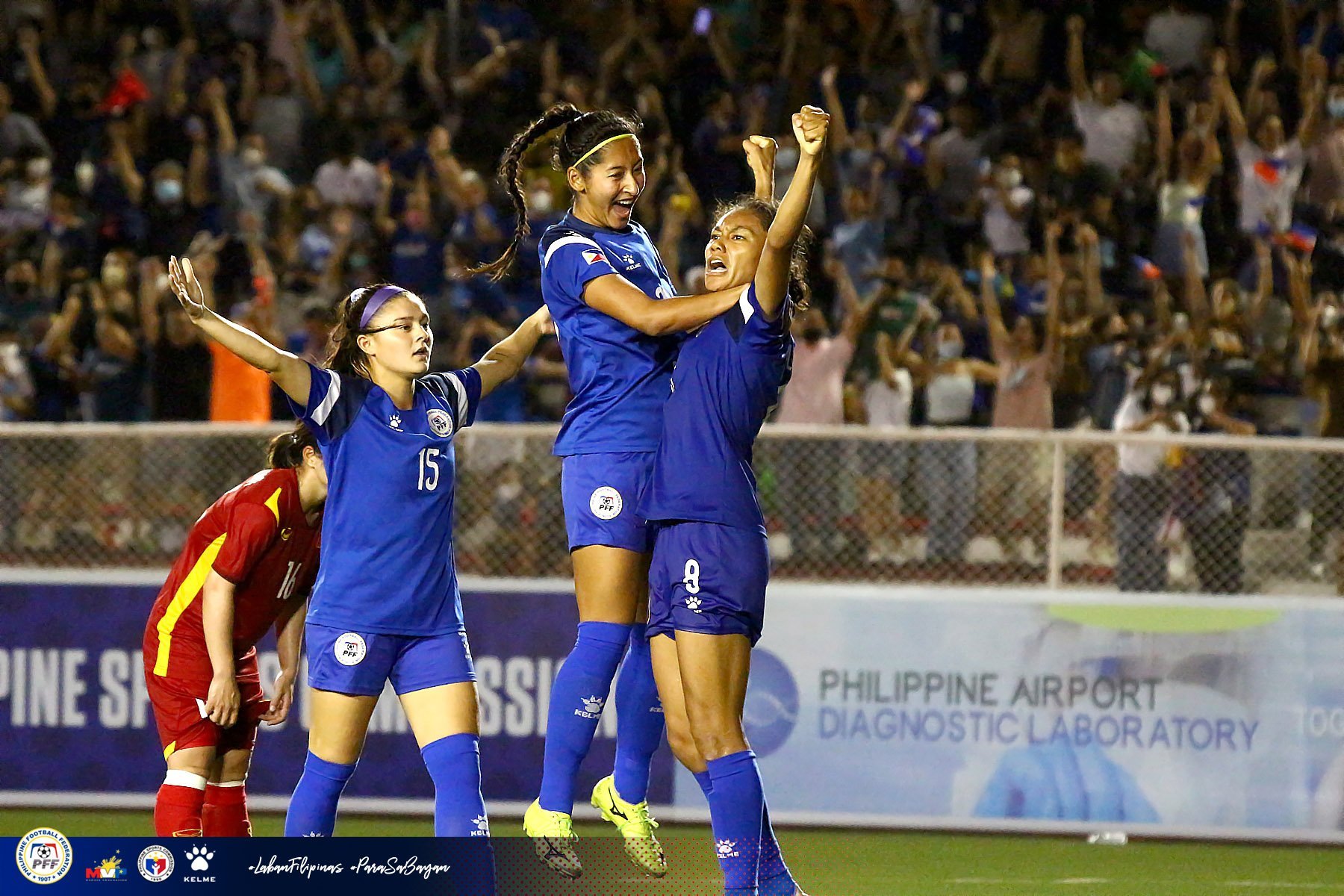 Out of the celebration of the country’s first Asean Football Federation (AFF) Women’s Championship title, a hunger for gold has emerged.

This time, the national women’s football team, which has logged milestone after milestone under coach Alen Stajcic, is looking for a historic gold in the 32nd Southeast Asian (SEA) Games that will be hosted by Cambodia.

“After the Filipinas captured the AFF Women’s Championship trophy last year, they are really looking forward to bagging another medal, if not the gold,” said lawyer Ed Gastanes, the Philippine Football Federation general secretary, during the Philippine Sportswriters Association Forum on Tuesday.

The World Cup-bound Filipinas made history when they won the bronze in the 31st edition of the regional biennial meet in Hanoi, Vietnam.

But they are aiming for more.

“The SEA Games women’s finals will be another historic event for us,” added Gastanes.

The Filipinas will fly to the SEA Games prepared; they will have a packed schedule of matches just before the regional meet, which will be held in May.

“The Filipinas will kick off their season with the four-nation Pinatar Cup in Murcia, Spain,” Gastanes said.

That tournament will be held from Feb. 15 to 21 and the Philippines will face world No. 16 Wales, No. 21 Scotland and No. 25 Iceland—matches that will be highly beneficial for the 53rd-ranked Filipinas.

The national women’s team will also compete in the first round of the Olympic women’s football qualifiers for the 2024 Paris Olympics from April 3 to 11. The Philippines is bracketed in Group E of the qualifiers along with Pakistan, Tajikistan and Hong Kong.

All those matches will hone the squad for the SEA Games, giving rise to optimism on the team’s chances against the best in the region.

“We have a very real chance right now for our national women’s football team in the Cambodia SEA Games given its preparations and our committed and competent coaching staff,” Gastanes said.

The Filipinas have been on a roll since last year. They qualified for the Fifa (International Federation of Association Football) Women’s World Cup by reaching the semifinals of the Asian Football Confederation Women’s Asian Cup hosted by India in January of last year. Four months later, the team won the AFF in front of an appreciative crowd at Rizal Memorial Football Stadium. INQ