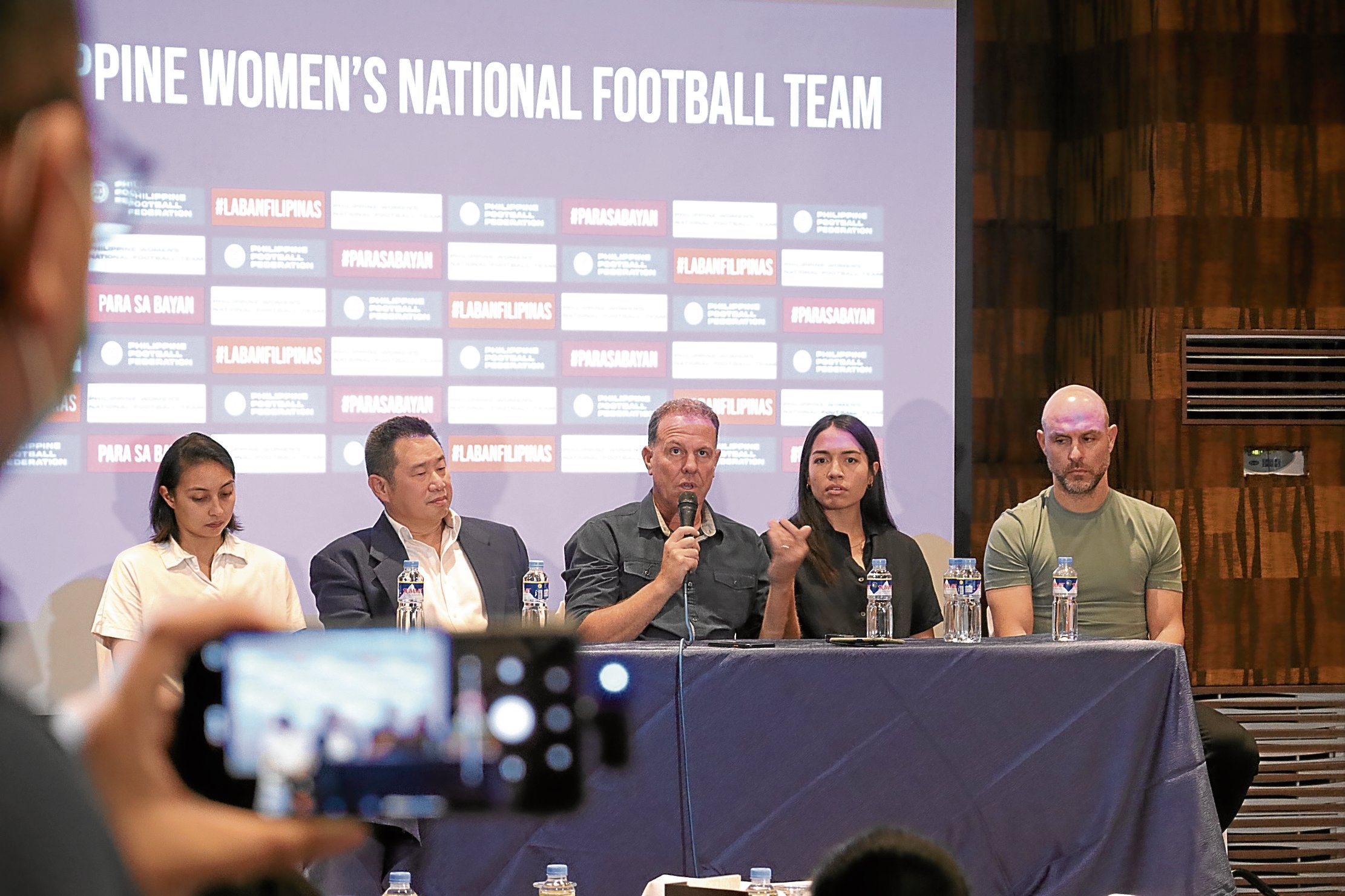 Coach Alen Stajcic sees the next weeks and months leading up to the Philippine women’s football team’s historic participation in the Fifa (International Federation of Association Football) Women’s World Cup as both exciting and challenging, particularly with the responsibility of having to deal with one big dilemma.

“We now have a pool of about 30 to 35 players,” Stajcic said on Wednesday when the Filipinas held a late afternoon press conference at Acacia Hotel in Alabang, Muntinlupa City.

“And the toughest part of this journey is gonna be that 10 to 12 players who have been with the squad, and have been a part of the regular squad are not gonna be selected for the World Cup.”

But it seems that Stajcic has a good problem in hand, with the number of talent he has and big tournaments in line before heading to New Zealand for the global showpiece of women’s football.

“It’s an exciting time, but it’s also gonna be a challenging time for the staff and the players, to get the best out of themselves for the upcoming World Cup, which is by far the biggest occasion in football,” he said.

February will be the start of the busy road the Filipinas will take, first with matches against three countries from the United Kingdom—Wales, Ireland and Scotland—in the Pinatar Cup in Spain followed by the opening round of the 2024 Paris Olympic qualifiers opposite inferior sides Pakistan, Tajikistan and Hong Kong.

And then the Filipinas will attempt to make history in the month of May, hoping to secure a first gold in the Cambodia Southeast Asian Games where they are seen as favorites after defeating Vietnam and Thailand on their way to winning last year’s Asean Football Federation Women’s Championship.

During that process, Stajcic expects challenges within the squad in hopes of getting a crack to see action in July’s World Cup, which will pit the Philippines against co-host New Zealand, Norway and Switzerland.

“We’re getting to that stage where they’re gonna push each other for [those roster] spots,” Stajcic said. “To me, that’s the central quality of the team, to push each other together, to be able to push each other in training, and compete against each other. Ultimately, we’ll find the same qualities and I think that’s another massive factor in this team, that we have got to a point where there’s 30 players.

“I think we’ve seen during the course of the year, regardless of who’s playing, you’ll see the same mentality, the same philosophy, the same motivation and drive from the players and, to a certain extent, the level of performance. I’m really proud that we’ve got to that level,” he added.

Exclusive: Simmons gets clearance to suit up for NLEX. But will he stay? – TalkOfNews.com