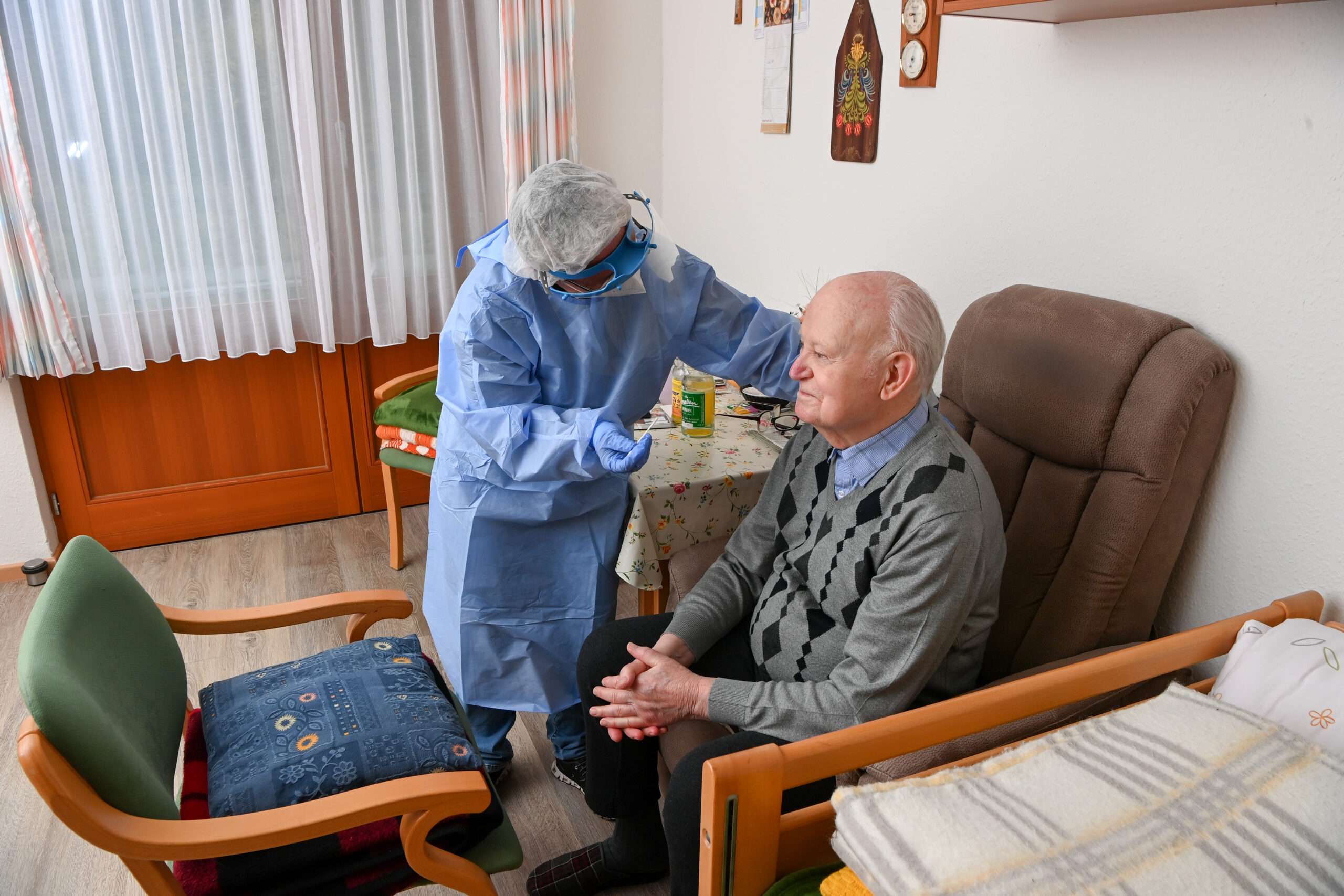 Doing so may have saved lives.

A working paper published Wednesday by the Mercatus Center at George Mason University finds that the number of visits to for-profit nursing homes declined less dramatically and rebounded more quickly than at other facilities with different management structures. Vitor Melo, the paper’s author, argues that profit motive likely nudged managers at for-profit nursing homes to make decisions that better balanced the needs of staff and residents.

“Restrictive isolation measures present a trade-off for residents,” writes Melo. “These measures benefit residents by decreasing their chances of getting and dying from COVID-19. But they impose high costs on residents by preventing them from being with their families and friends, which negatively affects their mental health and can potentially expedite death from other causes.”

By comparison, he writes, nonprofit and government-run facilities may have been more likely to prioritize the interests of staff, for whom intensive lockdowns carried less of a cost since they could leave at the end of their shifts, go home, and see loved ones.

Nursing homes were in many ways ground zero of the COVID-19 pandemic, due to the vulnerability of residents and the degree of control that could be exercised by staff and management. Many of the worst outbreaks during the early stages of the pandemic were in nursing homes, and more than one-third of all COVID-related deaths in the United States during the first year of the pandemic occurred in nursing homes and other long-term care facilities.

Protecting residents from COVID was therefore an important objective for nursing home managers, but Melo’s paper makes the case that extended periods of isolation came with other potentially deadlier tradeoffs. Melo’s statistical model shows that between June 2020 and March 2022, not-for-profit nursing homes had fewer COVID deaths but an overall higher fatality rate than for-profit nursing homes during the same period.

“If not-for-profit nursing homes implemented more restrictive isolation measures, these policies are likely to increase rates of depression and mental illnesses, as well as the rate of health deterioration of residents with brain-related diseases such as dementia,” he writes. “Thus, nursing homes with more restrictive isolation measures are expected to have more non-COVID deaths even after these measures end.”

“The increase in non-COVID deaths caused by more restrictive isolation measures,” Melo concludes, “outweighed the decrease in COVID-19 deaths associated with those measures.”

Because their residents were, in effect, paying customers, for-profit nursing homes had to take into account how their policies would deter or attract future customers. Nonprofits and government-run facilities could discount those concerns more easily, which took the financial sting out of extended lockdowns but may have led to worse outcomes for their residents in the long run.

Melo’s paper suggests that patients in general might be better served if there’s a larger profit motive to guide health care providers’ decision making—even when there isn’t a pandemic happening.

Exclusive: Gas stoves and the problematic politics of sacrifice – TalkOfNews.com 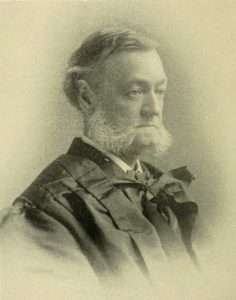 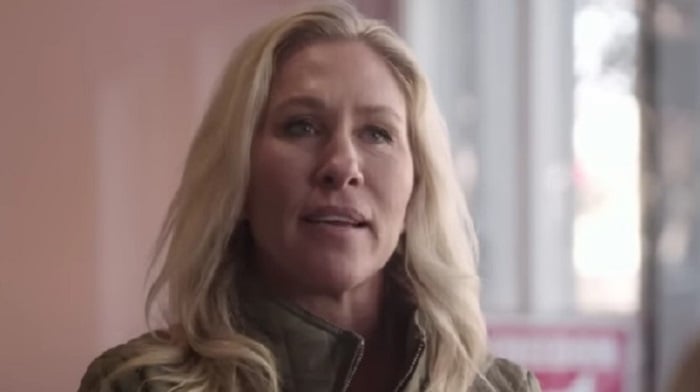 House Speaker Kevin McCarthy announced members named to two select subcommittees – one investigating the origins of COVID and another looking into the weaponization of the federal government – and Democrats are livid over the addition of certain MAGA lawmakers.

“The government has a responsibility to serve the American people, not go after them,” McCarthy said in a statement.

McCarthy notes that the weaponization subcommittee is necessary because congressional Democrats and the Biden administration engaged in a “dangerous pattern of the government being used to target political opponents while they neglected their most basic responsibilities.”

A couple of names that showed up on the House select subcommittees raised the ire of Democrats, particularly those associated with the MAGA movement.

Representative Marjorie Taylor Greene (R-GA) continued reaping the fruits of a kinship with McCarthy that would make Frank Luntz blush, being named to the COVID-19 subcommittee.

Greene celebrated the appointment, stating her intention to investigate the role of gain-of-function research, the Democrat “authoritarian” lockdowns, the ineffective vaccines forced on the American people, and Dr. Anthony Fauci’s role.

I’m honored to serve on the Select Subcommittee on the Coronavirus Pandemic.

It’s time to reveal the truth on the origins of COVID, the authoritarian Democrat response, vaccines, and Fauci’s NIAID involvement in gain-of-function research.https://t.co/76hEq3Fh4z

Greene will also be sitting on the House Homeland Security and Oversight Committees.

Something’s SERIOUSLY wrong with Biden – and it’s only going to get WORSE! It’s past the point of embarrassment. He’s lost. He’s confused. He can barely put a coherent sentence together. He MUST have a cognitive exam and release the results! pic.twitter.com/Pk5Pq2V5Um

Jim Jordan (R-OH) will chair the Select Subcommittee on the Weaponization of the Federal Government after being rejected by former House Speaker Nancy Pelosi to serve on the January 6th panel.

Liberals on social media responded with outrage over MAGA Republicans representing their constituents on the select subcommittees.

Because see, it would be better to have completely partisan sham committees like the January 6th debacle.

McCarthy put the QAnon enthusiast who spread pandemic misinformation on the Covid subcommittee and the guy who dodged a congressional subpoena and discussed pardons with Donald Trump in charge of their “deep state” panel. Whole subcommittees devoted to conspiracy theories. Ugh. https://t.co/3enAxQ7mfu

This is fine by us, since these days “conspiracy theories” mostly just means “the media hasn’t admitted it yet.”

House Judiciary Democrats lambasted McCarthy for having “sold out our democracy to empower MAGA extremists.”

Kevin McCarthy sold out our democracy to empower MAGA extremists.

With the creation of Jim Jordan’s new select subcommittee, House Republicans are using taxpayer resources to protect Trump and his allies from legal scrutiny. pic.twitter.com/tl46TjTMj8

The ‘Weaponization’ subcommittee, Stengel claims, is “a body that creates rather than investigates conspiracy theories and which will eventually undermine itself.”

The ‘Weaponization’ of Government Committee (a truly laughable name) is poised to be the modern House of UnAmerican Activities committee—a body that creates rather than investigates conspiracy theories and which will eventually undermine itself. https://t.co/VnFuH5zIsD

We literally just watched the January 6th sham create highly directed and produced filmography rather than evidence, doctored actual evidence, created conspiracy theories, and admitted they wanted to tell people what they should believe.

If Democrats are mad about MAGA Republicans serving on committees to provide a counterpoint to Democrat and media lies, then McCarthy is most definitely doing the right thing.

Exclusive: Why older mass shooters like the California gunmen are so rare – TalkOfNews.com 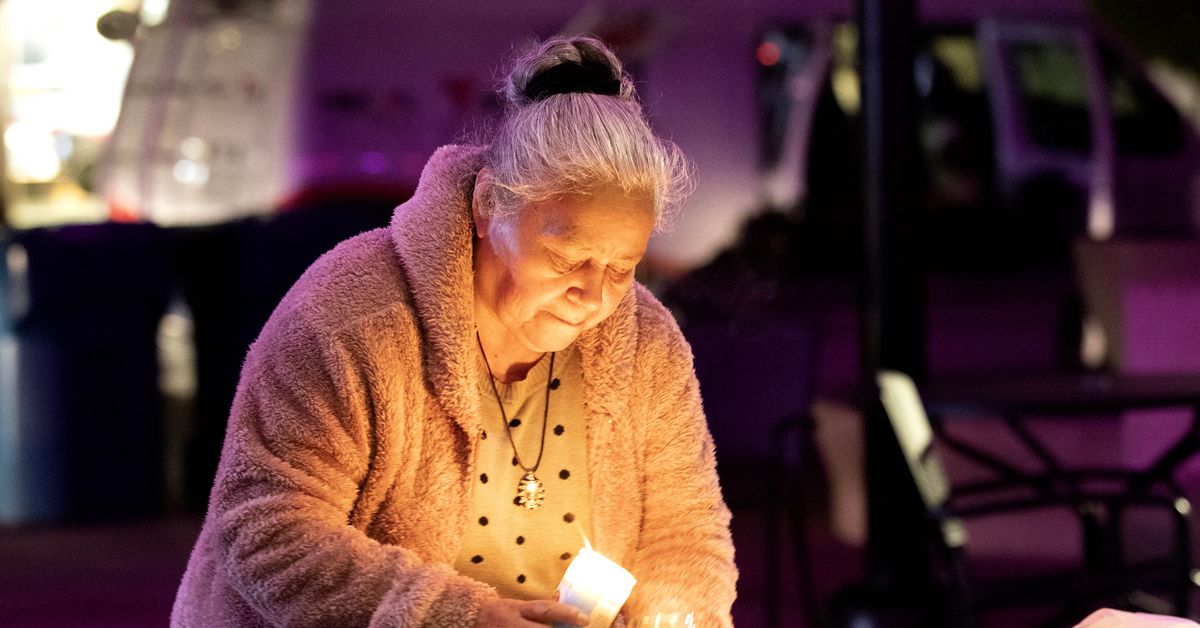 The gunmen in both of the recent shootings in Monterey Park and Half Moon Bay, California, had an unusual profile compared to most perpetrators of violent crime: They were both senior citizens.

The Monterey Park gunman, who killed 11 and injured nine before fatally shooting himself, was 72. The Half Moon Bay gunman, who killed seven people before he was arrested in what police have characterized as an act of workplace violence, is 66.

Mass shooters of that age are rare, especially those with no prior criminal record, as was the case with the Half Moon Bay gunman. (The Monterey Park gunman had one arrest in 1990 for illegal possession of a firearm.) According to data from the National Institute of Justice, mass shooters between 1966 and 2021 were on average 34 years old, and those over the age of 60 accounted for a little over 3 percent of all mass shootings, which are defined as shootings in which four or more people are killed.

The notion that people “age out of crime” is one of the most well-documented phenomena in the field of criminology. The California shootings should be seen as exceptions to that principle, not as nullifying examples, according to Ashley Nellis, co-director of research for the Sentencing Project, which advocates for criminal justice reform.

“The predictability of age is probably the most reliable point of data that we have about people who commit violent crime. Young people are just substantially more likely, and by extension, older people are substantially unlikely, to commit crime,” Nellis said. “It’s certainly a cautionary note to anybody who would be jumping to make policy based on these two events.”

Research has repeatedly shown that criminal activity increases throughout teen years, reaches its highest point at age 17, the oldest that someone can be charged with a juvenile crime, and subsides thereafter throughout life. Property crime peaks at a slightly younger age than violent crime. But even chronic offenders would be statistically likely to stop committing crime by around the age of 40, Nellis said.

There are a lot of theories as to why that might be. Typical milestones associated with getting older, like graduating or getting married, may put people on a trajectory that veers away from criminality. Brain development isn’t complete until the mid-20s, hindering decision-making that might lead to crime and risky behavior. Young people have less financial security, and people in poverty are more likely to commit crimes. Some crimes might be physically demanding, and older people just might not have the strength to carry them out.

But both gunmen in the California shootings buck the archetype of a violent criminal, and their motives still aren’t entirely clear. Investigators have said that the Monterey Park shooter frequented the dance studio where he killed his victims and that the Half Moon Bay gunman, who lived and worked as a forklift driver at a mushroom farm, was angry at the coworkers he shot. Previously, there have been mass shooters as old as 70, including a gunman who opened fire at a church in Vestavia Hills, Alabama, and killed three people last June.

Though age can sometimes factor into the decision to impose a less harsh sentence on young offenders, the Half Moon Bay shooter’s advanced age won’t have any bearing on the length of his sentence, as is standard practice in the US.

He will be charged with seven counts of murder and one count of attempted murder, with a special circumstance allegation of multiple murder and sentencing enhancements for each count because of his use of a firearm, the San Mateo County district attorney announced Wednesday. If convicted on those charges, he could be facing up to life in prison without the possibility of parole. (He won’t face the death penalty, given that California Gov. Gavin Newsom, a Democrat, placed a moratorium on executions in the state in 2019.)

Life sentences without parole have become increasingly common in the US over the last few decades. But Nellis argues the age of older offenders like the Half Moon Bay shooter should be considered a mitigating factor when making sentencing decisions — especially given that the use of executive clemency to release them early has become nonexistent, as she writes in a 2022 report.

“Regardless of age, somebody who does commit an act of violence like this is likely to be rehabilitated, be reformed, be ready to return to society within 10 years,” she said.

Recidivism is unlikely among older people, according to data from the US Sentencing Commission, and keeping them in prison comes at a high taxpayer cost, which includes health care bills that balloon at the end of life. It’s difficult to say how much those who’ll decide the fate of the Half Moon Bay suspect will take that data into account; his initial arraignment is Wednesday.


Google Pay. You can also contribute via