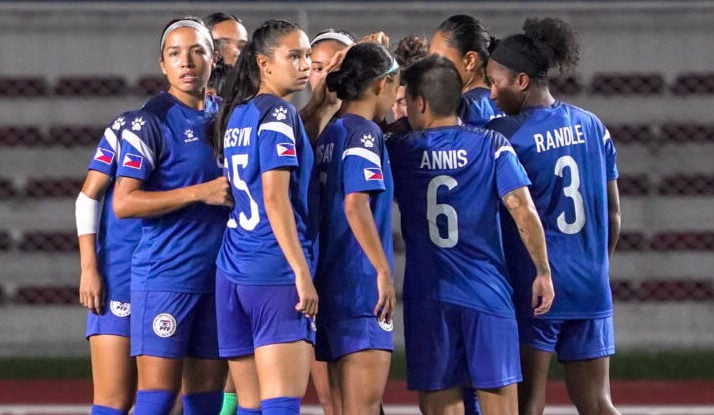 MANILA, Philippines—The World Cup-bound Philippine women’s football team will be among the country’s best bets for a gold medal in the upcoming Southeast Asian Games in Cambodia.

“We have a very real chance right now for our national women’s football team in the Cambodia SEA Games given its preparations and our committed and competent coaching staff,” he said.

“After the Filipinas captured the AFF Women’s Championship trophy last year, they are really looking forward to bagging another medal, if not the gold,” he added further.

The Filipinas, under coach Alen Stajcic, attained numerous historic victories, making them a squad to be reckoned with come May.

A year ago, the Filipinas qualified for the FIFA World Cup after outlasting Chinese Taipei in penalty shootouts, 4-3. Months later, that same squad won the AFF Women’s Championship in front of a rowdy hometown crowd in Manila at the expense of Thailand, 3-0.

Included in the pool of SEA Games competitors is country Vietnam, which is the reigning champion of the women’s football events in the SEA Games.

With his confidence in the historic team, Gastanes went as far as to say he already expects to see both countries square off in the final.

“The SEA Games women’s finals will be another historic event for us,” he said.

Other than the regional event in Cambodia, the Filipinas will also compete in several other invitationals.

Next month, the women athletes will head to Spain for the Pinatar Cup. There will also be the Olympic women’s qualifiers for the 2024 Paris Olympics beginning in April. They will be facing Pakistan, Tajikistan, and Hong Kong in Group E.