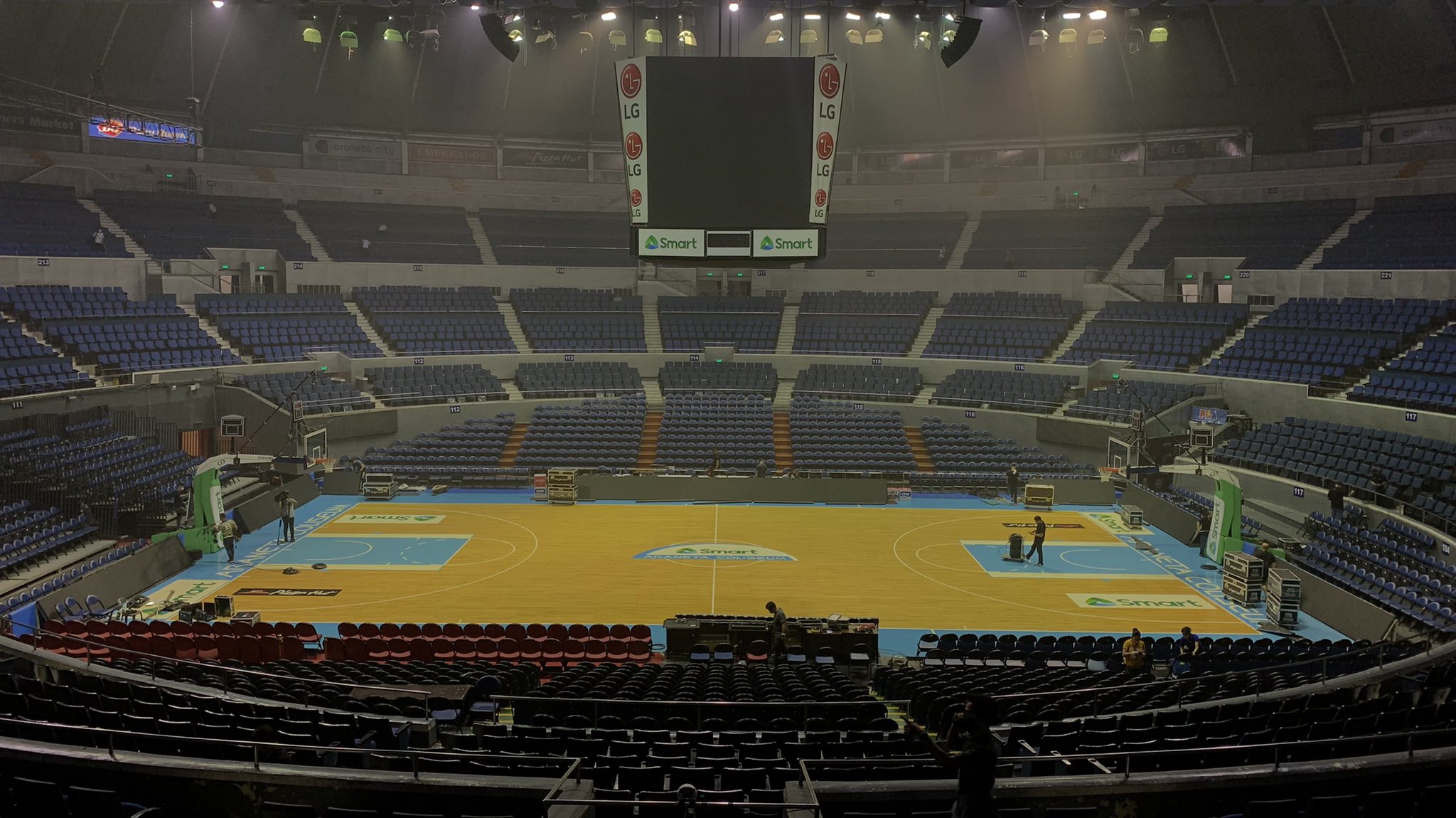 A look at the Smart Araneta Coliseum hours before the supposed tip-off of PBA Finals Game 6. DENISON DALUPANG/INQUIRER

MANILA, Philippines — A bill with stiffer penalties for game-fixing, point-shaving, and other similar activities in sporting events, professional or amateur, was approved by the House of Representatives on the third reading on Monday.

The bill defines game-fixing as “any arrangement, agreement, scheme, or act or series of acts, wherein any person or persons, maliciously conduct or cause to be conducted any professional or amateur sports” to have an outcome not dictated by the “honest playing skill or ability of the players or participants.”

Game machinations refer to other fraudulent, deceitful, unfair, or dishonest means to influence the result of any sporting event. It can be an act of abetting, aiding, or inducing any person to commit game-fixing for a profit.

Under the bill, game-fixing is considered done by a syndicate if it is carried out by a group of three or more persons in connivance.

Those found guilty of game-fixing may face a fine of three years and one day to six years of imprisonment, and a possible fine ranging from P1 million to P5 million, depending on the decision of the court.

But if the violator is either an athlete, promoter, referee, umpire, judge, or a coach, then the jail time would increase to between six years and twelve years.  The fine stays the same.

Life imprisonment awaits violators proven to be a part of a syndicate, aside from a fine of P10 million to P50 million. Similar penalties will be imposed if the offender is a public officer, whether elected or appointed.

A violator will be held criminally liable as a principal if found to have directly participated, consented, or knowingly tolerated game-fixing and he or she is a partner, president, director, manager, trustee, estate administrator, or officer of a partnership, corporation, association or any juridical entity.

An offender who is an alien will be deported only after the service of sentence.

In his explanatory note, Dy said: “It is lamentable that some can treat even sports like their veritable little kingdoms, to the detriment of individuals, the nation, and sports in general.

“This proposed measure seeks to expand the elements constituting the crime of game-fixing, and prescribe stiffer penalties to arrest widespread illicit practice, and by so doing to promote the true spirit of sportsmanship.”

There have been many game-fixing allegations in the country over the years, and most of the issues centered on basketball — arguably the most-loved game in the Philippines.

Just this January, the Games and Amusements Board (GAB) warned professional athletes that it would remain watchful and vigilant against game-fixers, coming off a year where two high-profile basketball leagues — the Maharlika Pilipinas Basketball League and the Philippine Basketball Association (PBA) — were rocked by allegations of game-fixing.

The PBA, Asia’s oldest play-for-pay league, has had its share of several game-fixing controversies over the years, including one that saw big man Don Allado banned for one conference over claims that basketball games are rigged.