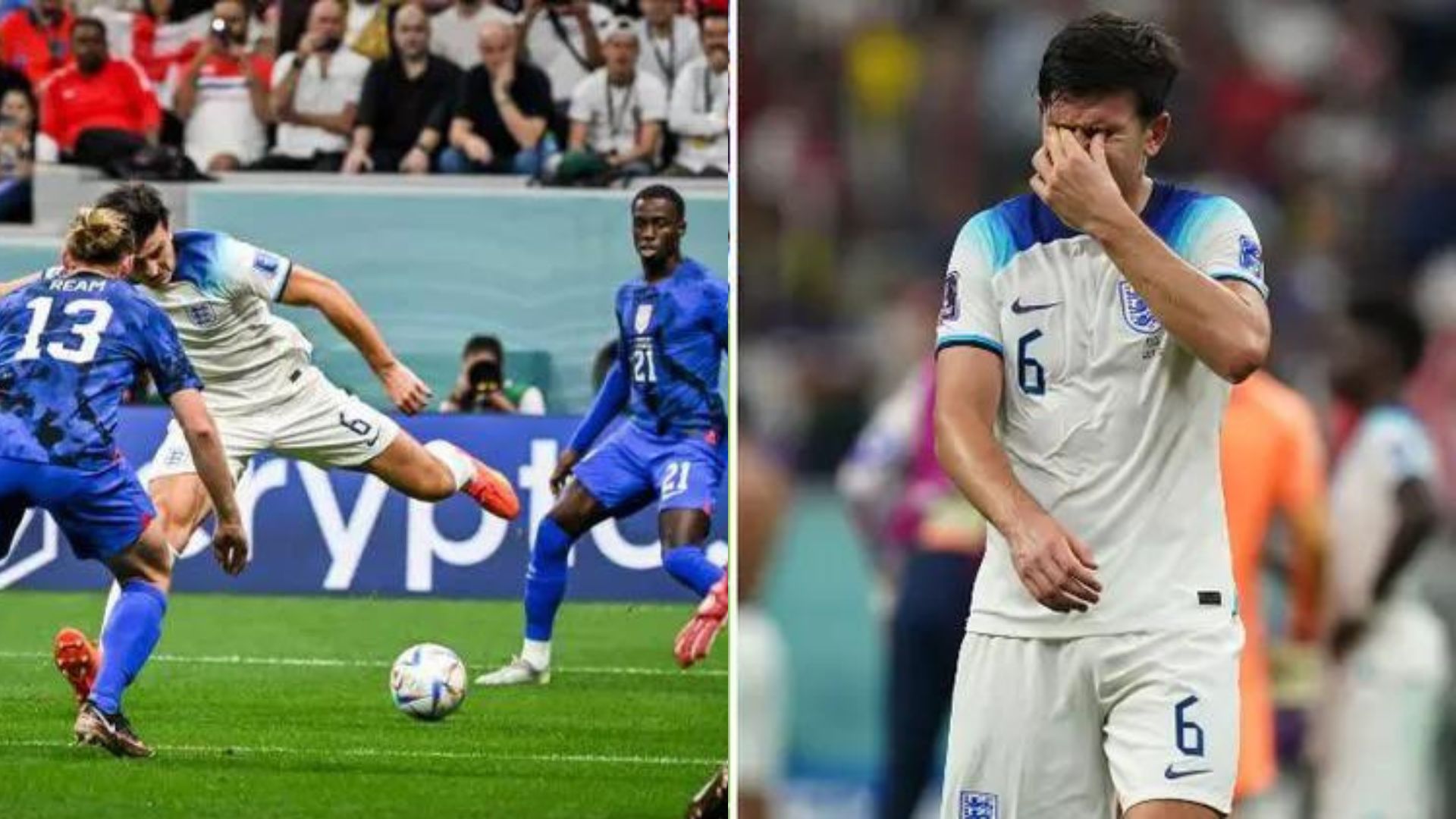 Harry Maguire was the target of constant heckling during England’s draw against USA.

Gareth Southgate’s side struggled to get going in their second Group B match, drawing 0-0 at the Al Bayt Stadium.

It was quite a dull game with not much happened on either side of the half. There were a couple of entertaining moments including Maguire’s messi-esque run inside the first ten minutes.

Apart from that, Maguire was also the target of an American fan who was constantly throwing insults at him.

Several times during the first half, a fan could be heard yelling abuse at Manchester United’s captain. He must have been sitting close to a pitch-side microphone because ITV 1 feed seemed to have picked his insults up.

“F***ing Harry f***ing Maguire!” His first yell was, “You suck!” before telling the Manchester United star to “score another own goal.”

“Why is your head so big?” was the final yell to cap off the hilarious trash talk.

“Maguire, score another own goal!”

Maguire, who had blurred vision in England’s 6-2 win over Iran, was one of the team’s standout performers in a lacklustre performance.