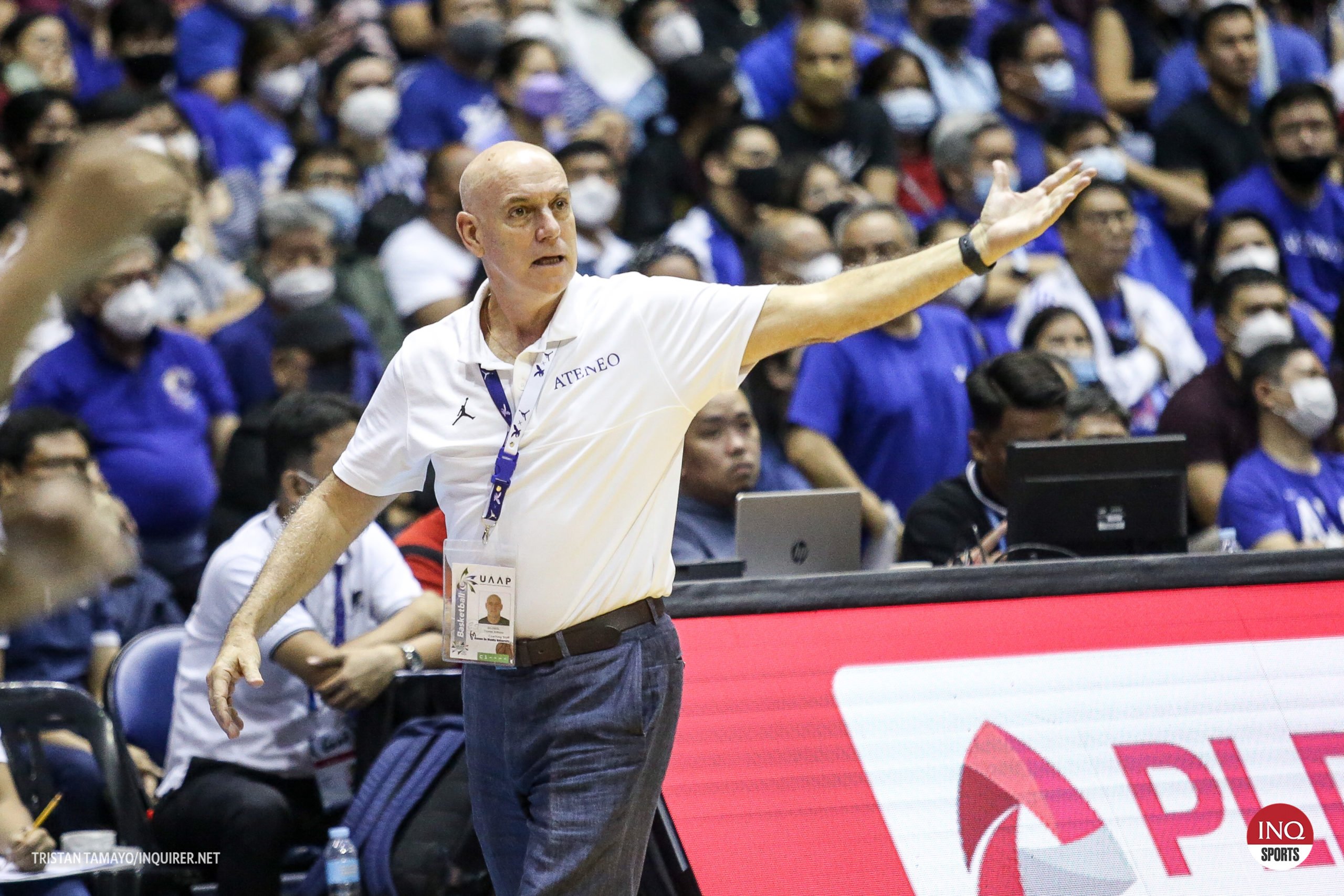 Ateneo coach Tab Baldwin during a game against UP in the UAAP Season 85 men’s basketball tournament. Photo by Tristan Tamayo/INQUIRER.net

MANILA, Philippines—After picking up their biggest win of the season so far at the expense of defending champion University of the Philippines on Saturday, Ateneo coach Tab Baldwin believes the Blue Eagles still have a lot of progress to make with the Final Four just around the corner.

“There are aspects of today’s game that we want to see replicated in the playoffs but there are other things, I believe, we need to improve,” Baldwin said after steering his squad to a 75-67 victory over the Fighting Maroons at Araneta Coliseum.

“Effort, intensity, that shows up on the boards. We got our butts kicked in the boards today, so that can’t happen,” he added.

UP won the rebounding battle against Ateneo, 43-41, with the Fighting Maroons also having 23 second chance points as compared to the Eagles’ 12.

Carl Tamayo led UP in that department with 10 that went with his game-high 20 points.

Among the positives, on the other hand, that Baldwin would like to see more from his wards come playoff time was their gutsy play in the second half that allowed the Blue Eagles to gain control of the game.

“Our second half from a toughness standpoint was good. From an execution standpoint, however, we need to get better,” said Baldwin.

Dave Ildefonso anchored Ateneo’s second-half turnaround, scoring all of his 15 points in the final two quarters.

Another bright spot for Ateneo was the steady play of guard Gab Gomez, who stepped up in the fourth quarter when lead playmaker Forthsky Padrigao cramped up.

“Our mentality is that everybody always has to be ready. If you get called, you have to be ready,” said Gomez, who played quality minutes finishing with five points and three assists.