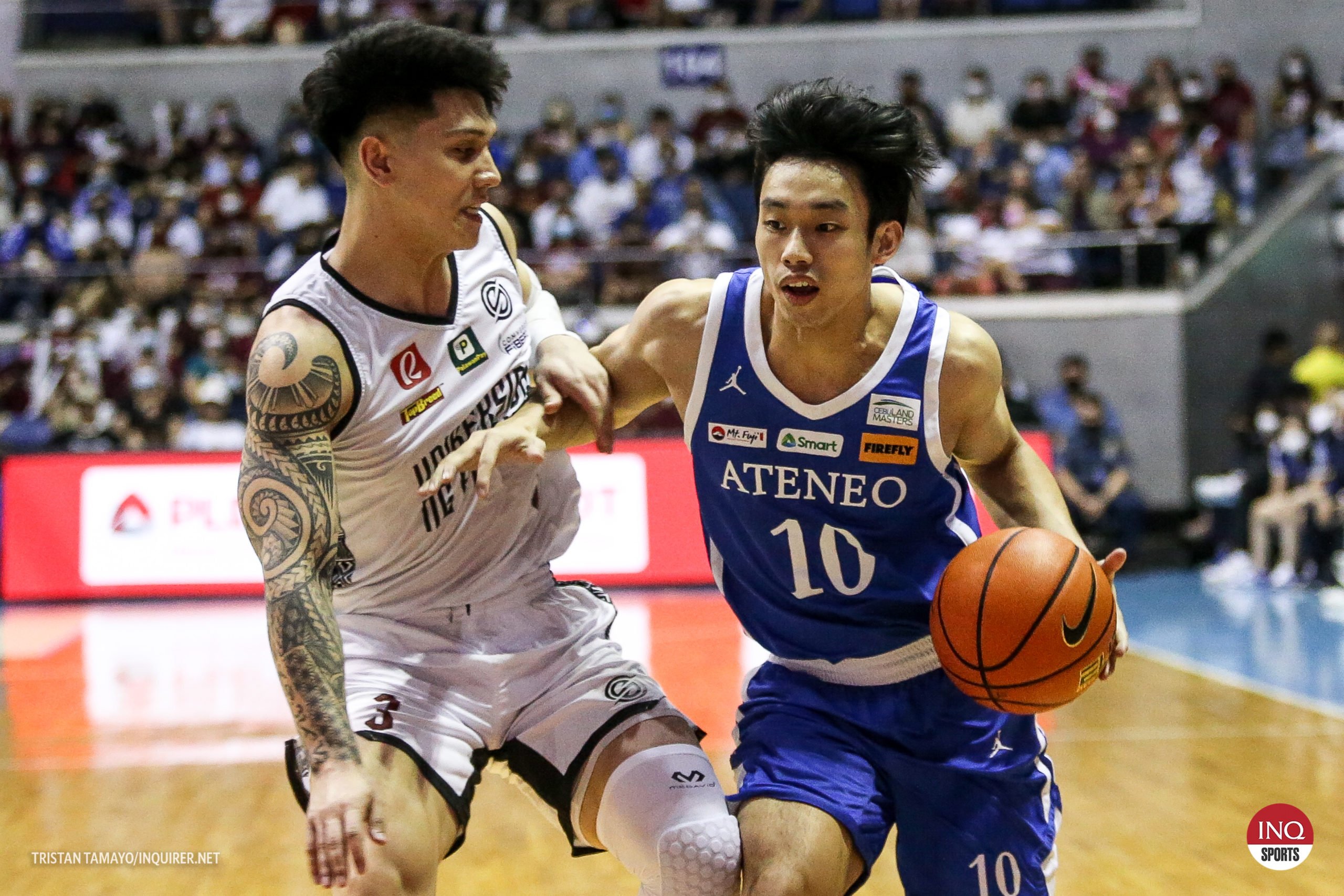 MANILA, Philippines-Dave Ildefonso fired all of his 15 points in the second half as Ateneo demolished defending champion University of the Philippines, 75-67, on Saturday night at the UAAP Season 85 men’s basketball tournament.

The Blue Eagles simply exploited a pair of technical fouls slapped on the Fighting Maroons late in the third period and went on a scoring binge anchored on Ildefonso’s heroics to eventually put the game to bed.

Ildefonso’s three capped Ateneo’s 12-0 breakaway, bridging the final two quarters that built a double-digit cushion and were never threatened from there.

“I think what really helped me was when coach Tab (Baldwin) pulled me aside and gave me some Tab Baldwin wisdom, which I am always welcome to receive,” said Ildefonso, who bungled all of his seven attempts in the first half.

“He told me to have fun. It’s a big moment, it’s a big game, so many people are watching. He told me that he has so much belief in me and that he has my back whatever happens,” added Ildefonso.

A technical on the hot-headed Henry Galinato turned the tide to the Blue Eagles’ favor as they erased UP’s slim margin before going on an offensive rampage where Matt Daves, Vince Gomez and BJ Andrade got all fired up as well.

Just like the Maroons, who closed out the eliminations with an 11-3 record, the Blue Eagles (10-3) are now assured of a twice-to-beat advantage, but must defeat the Adamson Falcons on Wednesday to seal the No. 1 spot in the Final Four.

“It was really hard work, but not nearly as hard the work the team had put in. Their effort in that second half was gutsy as it gets and why? Because that’s what UP demands, and if you don’t give that, they’ll run over you,” said Ateneo coach Tab Baldwin.

“That’s the way they are. Like it or not, you gotta deal with it.”

Carl Tamayo tried to save the UP ship from sinking by pouring nine of his 20 points in the closing minutes, yet the Blue Eagles managed to contain the Maroons with their stingy defense in the end.

Exclusive: UAAP: Tab Baldwin far from satisfied after Ateneo win over UP – TalkOfNews.com