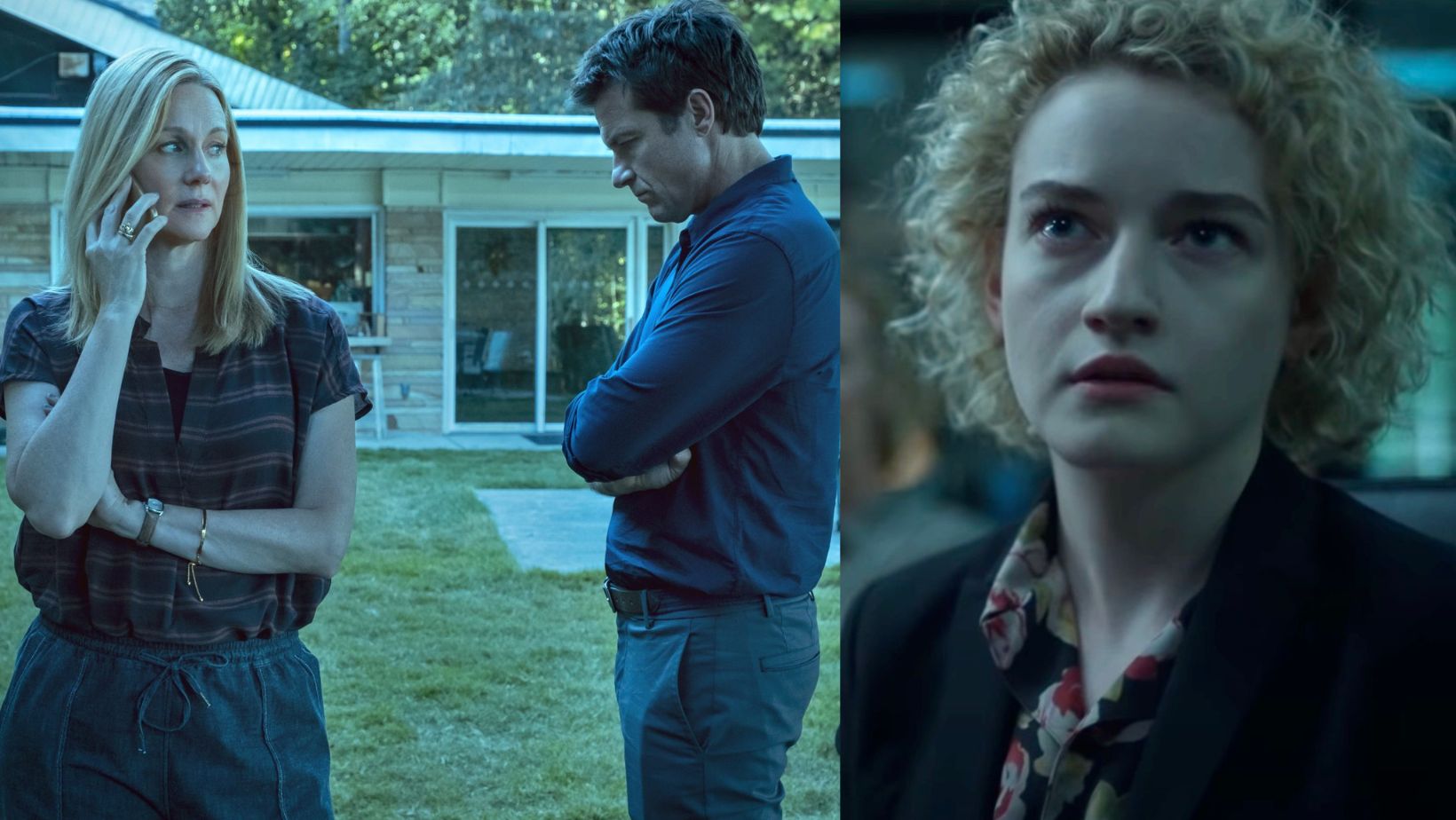 Ozark is one of the most appreciated dark shows on Netflix. The show has won several awards in different categories. This Emmy-winner show stars Jason Bateman, Laura Linney, Julia Garner, and others. Jason is one of the creators of the show. He pushed Laura to direct an episode as well. The Awards winner actor, Julia Garner, shares her views about whether she also sees herself in the director’s chair or not.

The two times Emmy-winner Julia Garner has distinctive qualities that get her the roles that represent her in a unique frame. Currently, she’s in the lead role in the Netflix Original show Inventing Anna, and will also appear in two upcoming movies, You Can’t Win and Little Sparrow. The Ozark star Julia plays the character of Ruth in the show, which has won her a huge fandom. But what about the future of the actor?

Does Julia Garner see herself in the director’s chair?

Ozark is a crime drama produced by the lead actor, Jason Bateman‘s production house. Therefore, Jason has actively taken part in the show’s creation. He even encouraged and praised the co-star, Laura Linney, to sit in the director’s chair and direct an episode. Recently, Julia Garner was also asked about her future as a director. While two of her co-stars have been there, can she picture herself behind the camera?

ALSO READ: Julia Garner Has Always Gotten Unconventional Roles Like ‘Ozark’ or ‘Electrick Children’, but Why Does the 5 Feet 4 Actress Land Nothing but Such Projects?

Well, Julia says that Jason and Laura have inspired her a lot. Working with them being her director was her dream. She reveals her perspective about direction. Julia says that she loves telling stories. “It would really scare me, but I don’t know,” and adds, “I feel like directing and acting are actually very similar. It’s all storytelling, really.”

However, at the end of the show, her character, Ruth, died. But how she has created that character and portrayed her throughout the show is remarkable. She has her unique personal trait of bringing the character to life, which has benefited Julia. Ruth would never die in the eyes of the fans. After seeing the actor in front of the camera as uniquely talented as Julia, fans would also love to see her behind the camera. What do you think about it? Share your views with us in the comments.

The post “It would really scare me”: Julia Garner Hesitant in Following Co-star Jason Bateman and Laura Linney’s Footstep in Her Career appeared first on Netflix Junkie.

Exclusive: Why Julia Garner’s ‘Waco’ Should Be on Your Watch List if You Love True Crime Drama Series – TalkOfNews.com

Exclusive: 7 Rick and Morty Episodes That You Must Watch Before Season 6 Drops on Netflix – TalkOfNews.com 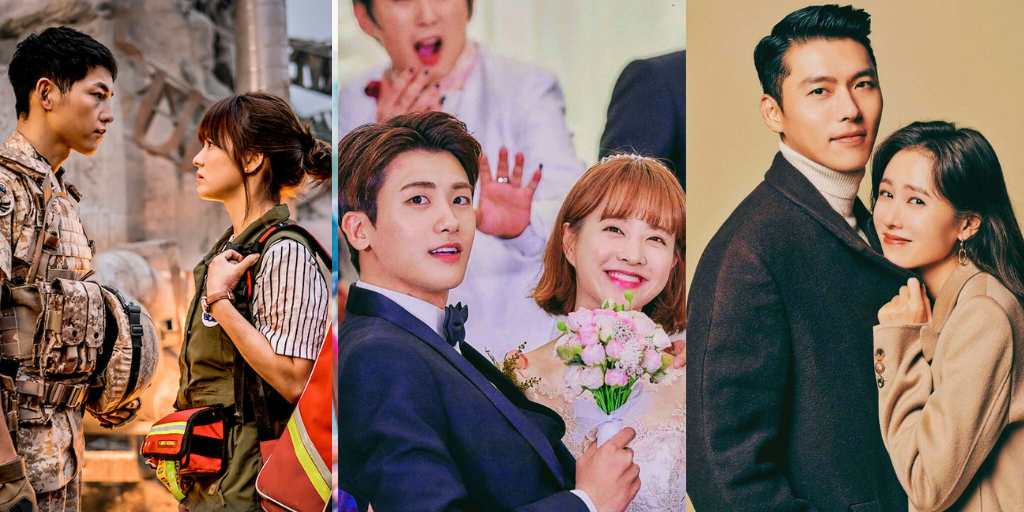 Kdramas are a complete package. Pick any kdrama and it will be cooked up of love, mystery, and thrill in the right amount. Furthermore, most kdramas are just a season long, and the standard number of episodes is sixteen. So over the course of sixteen episodes, you are presented with a well-fletched story. The creators have mastered the art of giving just the right amount of information to keep us guessing what will happen next.

While sometimes it is obvious how the series is going to end, there are some that we just cannot figure out. Not to mention how there are times that you start watching thinking it’s all fluff, and they hit you with a beloved character’s death in between (Cough! cough!! Vincenzo!) Therefore we have compiled a list of happy-ending Kdramas so that you stay smiling from the start to the end.

Kdramas on Netflix with happy endings

There are countless office and high school Kdramas, but the industry saw its first-ever full-fledged start-up Kdrama in 2020. Start-up stars top Hallyu stars such as Bae Suzy (While You Were Sleeping), Nam Joo Hyuk (Weightlifting Fairy Kim Bok Joo), Kim Seon Ho (Hometown Cha Cha Cha), and Kang Han Na (My Roommate Is A Gumiho). The plot of the kdrama revolves around a girl named Seo Dal Mi who wants to begin a Start-Up in her father’s footsteps. After discovering that her childhood pen pal, Nam Do San, has started his own company and is a successful entrepreneur, she decides to give it a go. However, it turns out that Nam Do San is not the successful entrepreneur that he pretended to be.

The two of them join hands to start their own company through a contest called “Sandbox.” The ups and downs that a company faces make it impossible to decide whether or not this Kdrama will have a happy ending. But after the numerous breakdowns and failures, the characters in this Kdrama get the happy ending they deserve. Relish in their story by streaming the show on Netflix.

Crash Landing on You

A Kdrama that soared to unprecedented popularity is Crash Landing on You on Netflix. The plot of the kdrama boils down to a South Korean heiress named Yoon Se Ri, who finds herself in North Korea after a cyclone. This is a forbidden love story between a North Korean soldier and a South Korean heiress who fight every hurdle that comes their way to be together. The cinematography and the OST in this Kdrama are top-notch. Crash Landing on You is a feel-good Kdrama at its finest.

Through Yoon Se Ri and Ri Jung Hyeok, the drama captures the true essence of love. The fact that the two of them belong to the only divided nation in the world definitely does not make it easy for them to have a happy ending. But although very fairy-tale-ish, Ri Jung Hyeok and Yoon Se Ri manage to have a happy ending. A very, VERY happy ending, we would like to add, because the pair actually got married in real life as well. Stream this Kdrama on Netflix.

Descendants of the Sun

This Kdrama was the gateway to the Kdrama world for many of us. It has the most intriguing storyline with wonderful strong-minded characters. The plot of the series basically revolves around two soldiers in a special task team of the Korean army, a military doctor, and a well-known surgeon. A volunteer camp leads all four of them to a desert in the middle of nowhere. Love grows in the most unexpected places and at the most unexpected times.

As soon as you think that things are going to sail smoothly, something or the other happens. A fun fact is that the Kdrama initially had a different ending, but seeing how fans were unable to cope, the writer added an extra episode and hence delivered a happy ending. Descendants of the Sun fits right up in the alley of blockbuster kdrama and is also one of the best happy ending kdramas on Netflix. You can stream the series here.

One thing that unites the entire Kdrama fandom is their love for Strong Woman Do Bong Soon. The 2016 romantic comedy kdrama stole all our hearts with its loveable characters, captivating plotline, and obviously the humor. Furthermore, Strong Woman Do Bong Soon revolves around a petite woman named Bong Soon, who has supernatural strength just like every woman in her family. The Kdrama is so fluffy, but it also has a side serial killer story going on, which will have you completely hooked.

If you are not a fluff person and action thrillers are more of your thing, then check out our article on Best Thriller Kdramas on Netflix! Let us know in the comments below what other happy ending kdramas you enjoyed!