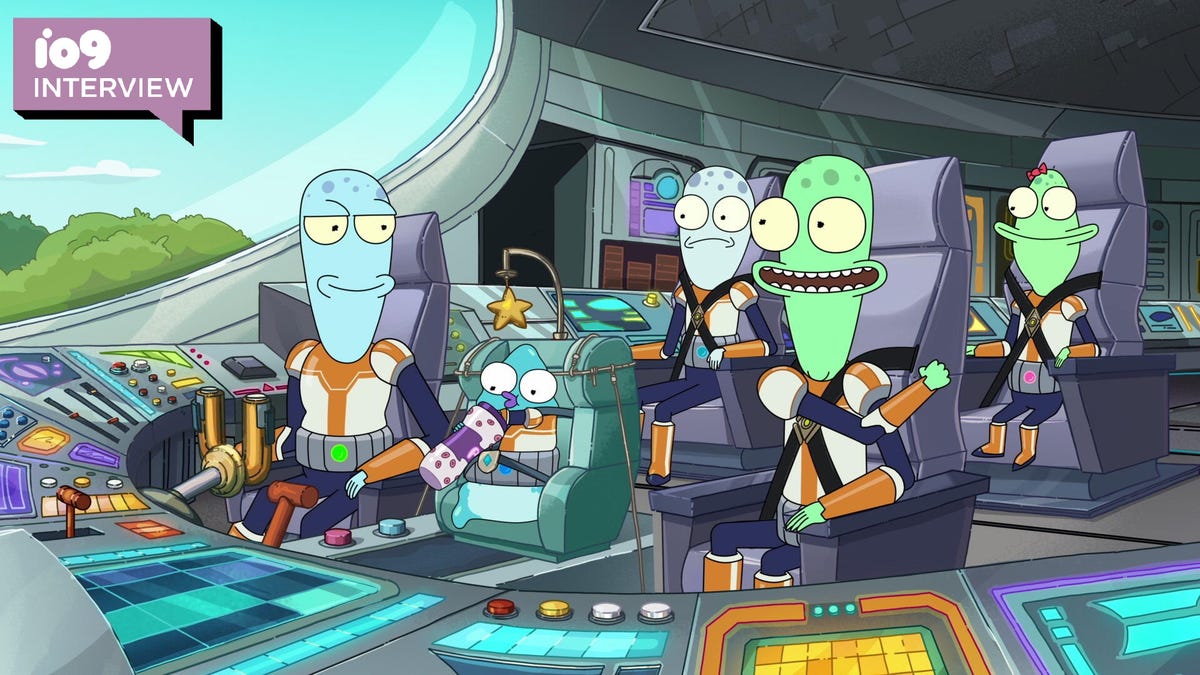 Solar Opposites returns for its third season next week on Hulu, bringing with it some wild and surreal new adventures for its alien characters—as well as its tiny-human characters and its regular human characters, to boot. Coming from one of the creatives behind Rick and Morty and Star Trek: Lower Decks, you’d expect a lot of sci-fi influences go into its creation. But what about… a beloved HBO cop show from the mid-2000s?

Let Mike McMahan explain. At a recent Solar Opposites press day, io9 asked him about “the Wall”—a storyline in the series that follows the humans who’ve been trapped in a bedroom wall by one of the alien replicants (basically, the teenagers of the show) after being randomly targeted by a shrink ray. They build an entire society in there, and it’s full of drama as huge as they are miniscule. “The original version of the Wall was when we thought Solar Opposites was going to [be a regular network series], like airing across from Family Guy and The Simpsons, and we were going to sneak in occasional episodes where we went back to it. [Co-creator Justin Roiland] and I [wrote] a little one-off joke of the replicants shrinking somebody down, putting them in the wall. You think you’re never going to see it again,” McMahan said. “And then weirdly, like how Simpsons would do Itchy and Scratchy, we’d start an episode and visit it. And once we were pitching it to Hulu [as a streaming series], we changed the formula. We told the Hulu execs in the pitch, ‘We want to do this thing with the Wall. We want it to take over the show. We want it to be a big thing first season, and then second season, we’re going to do it again with a new sci-fi concept. We won’t go back to the Wall, we’ll do a little sci-fi bit and then we’ll go running with that.’”

Of course, as McMahan explained, that’s not what ended up happening. “Then we made the first season and we had [voice actors like] Alfred Molina, Christina Hendricks, Andy Daly, we had all these funny people, and we were like—why would we stop doing the Wall? We love this story. We love that it changes tone from the first season with, like, Escape from New York mixed with War of the Roses, Game of Thrones. Second season was a murder mystery that ends up in the backyard, with like a Furiosa moment. And, you know, the third season [starts off by] closing off some of the storylines in the wall from the previous two seasons, and then it opens up into a creature feature.” He stopped himself there, not wanting to spoil season three. But there’s more to say about the Wall, including that HBO reference!

“As comedy writers, if we went in and pitched just that show to Hulu, they’d be like, ‘OK, thanks, bye.’ You know what I mean? That sounds ridiculous,” he said. “But it’s almost like, Solar Opposites is on Hulu and the Wall is on the Solar Opposites network. We almost get to greenlight our own weird things that we get excited by. In season three, because we got a couple of additional episodes, we were like, ‘Wait a minute, we have room for the Wall, we have room for the family of aliens. But we also have room to do the original concept, which is that other little moments start turning into more epic storylines.’”

In season three, that’s the “Silvercops”—intergalactic space police who are no fans of Shlorpians, the race that the Solar Opposites aliens belong to. They’re also not especially fans of humans. “We have a four or five season arc with Silvercops,” McMahan reveals. (Solar Opposites has already been renewed for a fourth season on Hulu.) “We’ve written season four, the Silvercops return, the Wall returns—we’re getting to do these worldbuilding things that you usually don’t ever get to do. But because it’s inside of a show, because we’ve given ourselves a creative allowance to build in unexpected, heavily dramatic, frankly ludicrous stories with tiny little people, or pseudo-Green Lantern-y, crooked, The Wire-style cops. And that’s where it all came from, in the very beginning—Justin and I like it in that in The Wire, they would change the B-story, right? So there was the dockworkers season, there was the reporter season, there was the school season. That mechanism and that structure of The Wire was so intoxicating that we were like, ‘How do we do the comedy version of that? How do we change things, but always make it feel like it’s the show?’ It feels like we’re doing it, because we have a blast doing it. And I love seeing the audience like that aspect of the show, but I also love the aliens. It has to all [fit] together or the distribution of it will be counterbalanced and it won’t feel exactly right.”

Solar Opposites returns for its third season July 13 on Hulu. We’ll have more on the series coming soon!

Exclusive: Elon Musk-Twitter deal in jeopardy, Musk may not be able to finance his deal because of Tesla – TalkOfNews.com 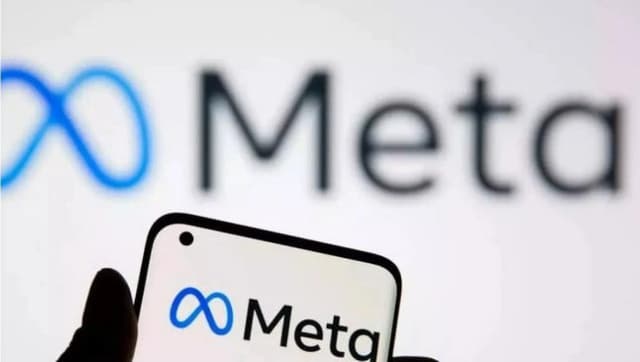 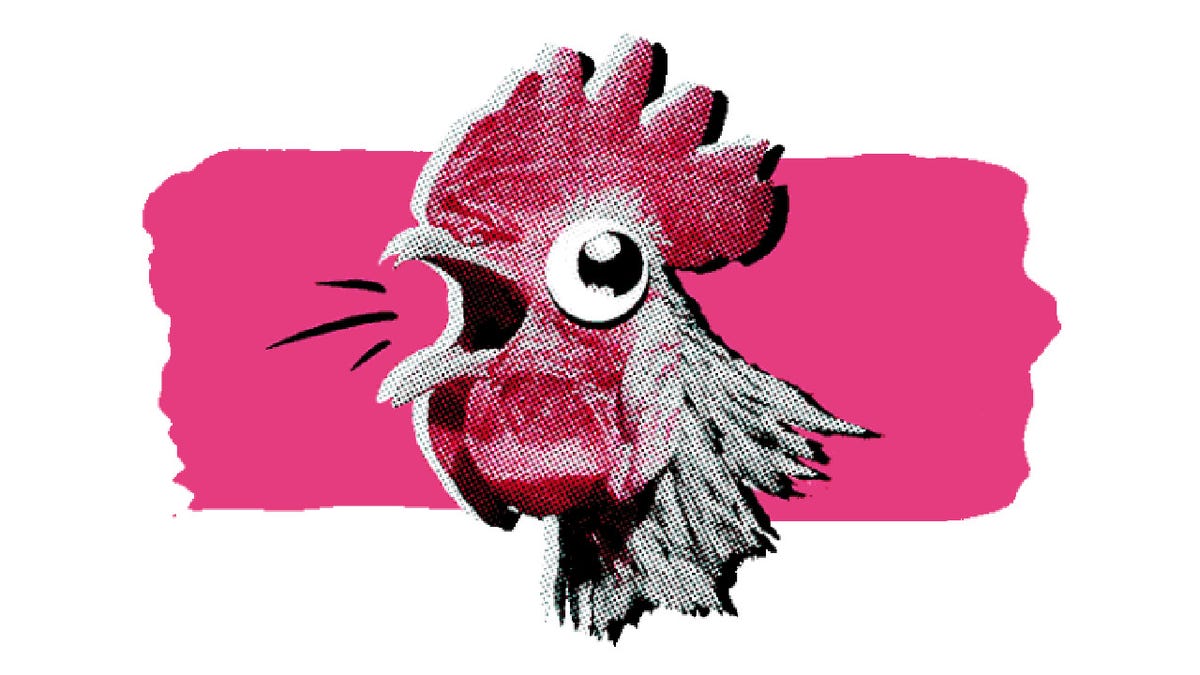