Netflix has its own and a big collection of documentaries of various genres. Among them, there’s this one is about a man who is one of a kind in hip hop music industry. Sean Combs, aka Puff Daddy‘s documentary film, is streaming on Netflix. Can’t Stop, Won’t Stop: A Bad Boy’s Stroy follows the artist’s label and much more. Let us find out more about the man and the movie.

Who is Sean Combs?

Sean Love Combs, who is famous by various names like Puff Daddy, P.Diddy, Diddy, or Puffy, is an American rapper, songwriter, record executive, and entrepreneur. Sean has worked as a talent director at Uptown Records. Then he founded his own record label named Bad Boy Records, in 1993. He has produced and polished artists like The Notorious B.I.G., Mary J. Blige, and Usher.

Sean has many prestigious awards to his name. His debut album No Way Out (1997) has been certified seven times platinum, followed by other hit albums.

What is Can’t Stop, Won’t Stop: A Bad Boy Story on Netflix about?

Can’t Stop, Won’t Stop: A Bad Boy Story, the documentary is about Diddy’s Bad Boy empire. Jay-Z also appeared in the movie to pay tribute to the man. “As a young black men in America, when he got that first $40 million check from Clive Davis, that made us say, ‘Oh, OK, we know our worth now,” said Hov and added that Sean has taken it to an aspirational level that no one had ever seen.

The director, Daniel Kaufman, also covers the history of the label to add more value to the flick. Diddy’s prideful maximalism is one of the themes of the movie. The documentary reminds us of some other flicks like Stop Making Sense or Shut Up, Play the Hits, etc.

Even though Diddy hasn’t published artistic material in years now but he still manages to be in the headlines. Well, how he has earned this prestige and what his mantra is, are all there in the movie. However, the hidden story of the actual motivation to succeed is untold; the movie explores that as well. Bad Boy’s excessive commercial rise in the ’90s and the tragic death of the Notorious B.I.G. wounded and pushed Diddy to greater heights.

The ironic part of the movie is the concert lead. The second show was on Biggie’s birthday and the magnitude of the situation needs no explanation. Diddy is not satisfied with the drummer at the rehearsals and he reacts to it. He says that they are not a wedding band, and this is not a jazz festival. He indicates, “artists have really gone from Bad Boy to God – there’s really no in between.”

However, the way he expresses his frustrations and criticizes might all seem deliberately planned, but there is a sense of transparency as well. There are a few examples of him being transparent there in the movie. For instance, when he is laying shirtless and in pain when he is getting treatment for his shoulder. Then when Lil’ Kim asks him not to cry. They were talking about his life after Biggie. When Diddy calls his crew ‘gods’ in a speech, it seems like he’s trying to attain immortality.

Although the deeply human desire to achieve something greater is not the only good thing about the movie. The cinematographic skills of the director are also praiseworthy. As the spirit of the Bad Boy is reflected via Jay-Z, Diddy, Nas; the documentary is simply aesthetic in nature.

Have you watched this documentary yet? Watch it here and share your views with us.

Exclusive: Kevin Durant, Called “Best Player in the World”, Makes Revelation About ‘One Thing He Gotta Work On’ – TalkOfNews.com

Exclusive: Is Upside Down Really a Portal to Middle-Earth? Stranger Things Stars Discuss the Possibilities of Samwise’s Return to Frodo – TalkOfNews.com 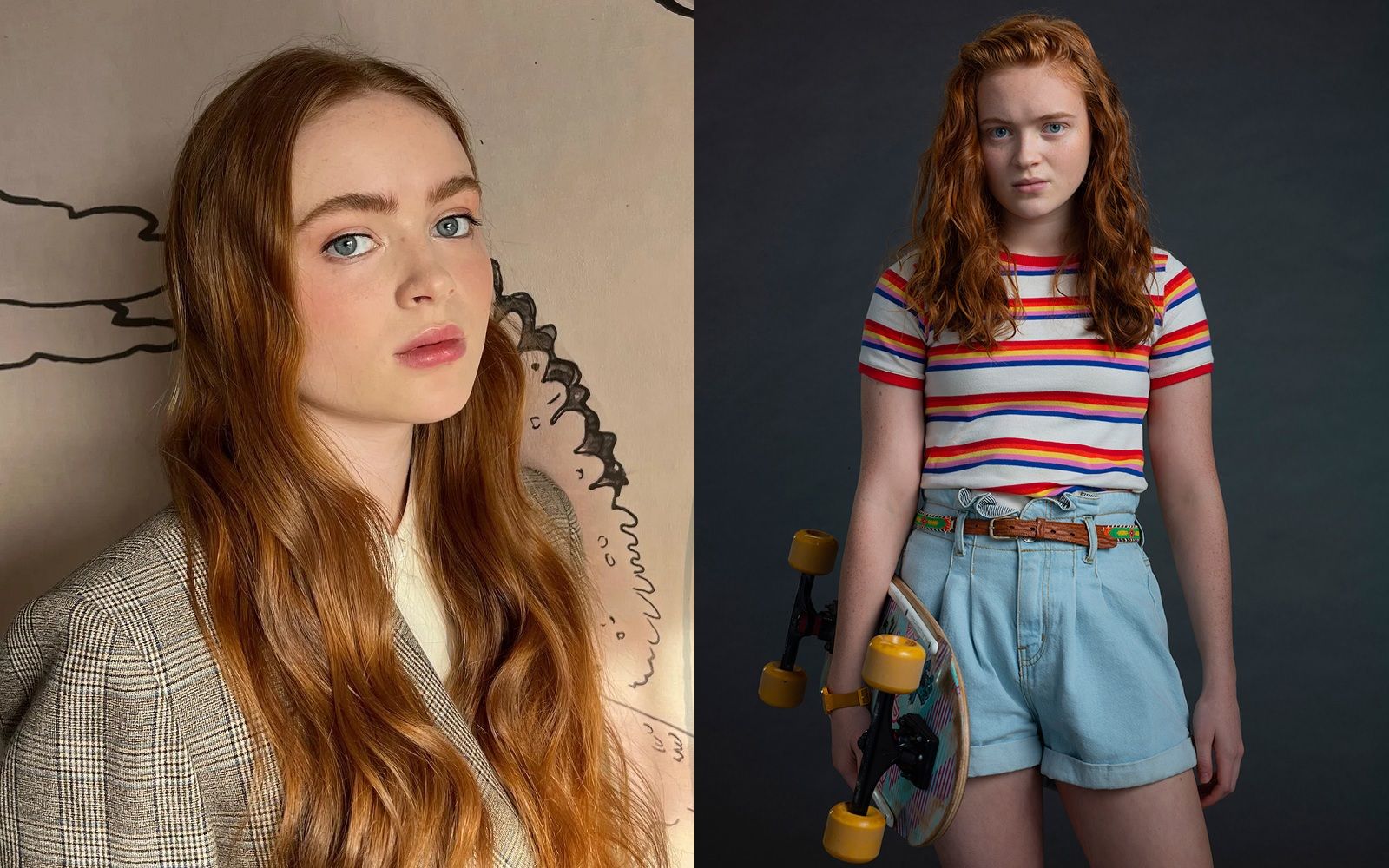 Exclusive: Back When Snoop Dogg Invited Prince Harry and Meghan Markle For “something special” on Thanksgiving After Their Renunciation – TalkOfNews.com 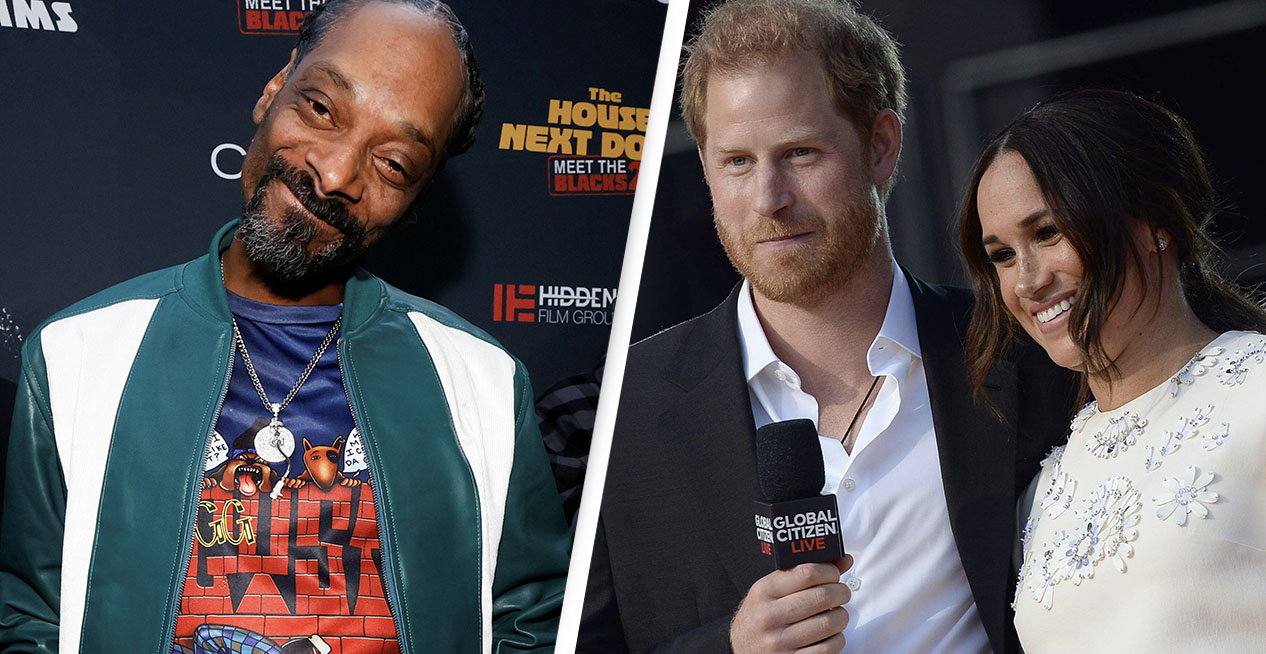 Everyone is aware of how welcoming the US has been to the Duke and Duchess of Sussex, Prince Harry and Meghan Markle. Ever since their renunciation of the Royal Family, many legitimate stars and celebrities have extended their support to the couple. From Madonna to the American Rapper, Snoop Dogg, all praised the pair for defying royal customs and conventions. With Thanksgiving 2022 wrapped up, it is time for a throwback to when the “Deep Cover” rapper, who is currently in the headlines, invited the couple over for the same.

After the infamous Megxit, the self-exiled couple was enthusiastic about meeting new personalities across the world. As reported by many publishing houses and news media, Prince Harry and Meghan have always taken time out of their tight schedule to meet and greet people of all backgrounds and races, building up on the groundwork laid by Lady Diana.

Last year, in October, the couple strengthened their ties with another fellow American personality. Carrying their diverse legacy forward, they graced the occasion of Thanksgiving as they came over to Snoop Dogg’s house. When the couple officially gave up on their UK sovereigns, the rapper made it a point to praise them for their step. He reportedly said to publications, “Prince Harry and Meghan Markle…got an even bigger set of balls.”

Continuing further, the rapper claimed that “they got to live their life their way.” And that, as he affirmed, gained them tremendous respect from his end. In the same interview, he extended his hearty invitations to the couple for Thanksgiving the same year. Dogg reportedly mentioned, “if they want to come over for Thanksgiving dinner, they are in for something special.” The rapper continued to make Prince Harry and Meghan Markle feel at home, saying they can come over to his crib.

Flexing his hospitality, he further added, he was taught to cook by none other than Chef Gordon Ramsay. Well before the Thanksgiving invitation, rumors had it that the star would perform at Prince William’s bachelor party. Reports say the rapper considers Harry and William as his “boys”.

There has always been a good friendship between the star and the Royals. However, he did not back from praising the daring couples for their massive step.

At present, the Sussexes are leading their freedom-filled lives in their Montecito abode, awaiting Spare’s and their docuseries’ release. Meanwhile, Snoop Dogg is in the news for his resemblance to a Senegal coach.

What do you think of Snoop Dogg’s and the Sussexes’ friendship?

The post Back When Snoop Dogg Invited Prince Harry and Meghan Markle For “something special” on Thanksgiving After Their Renunciation appeared first on Netflix Junkie.