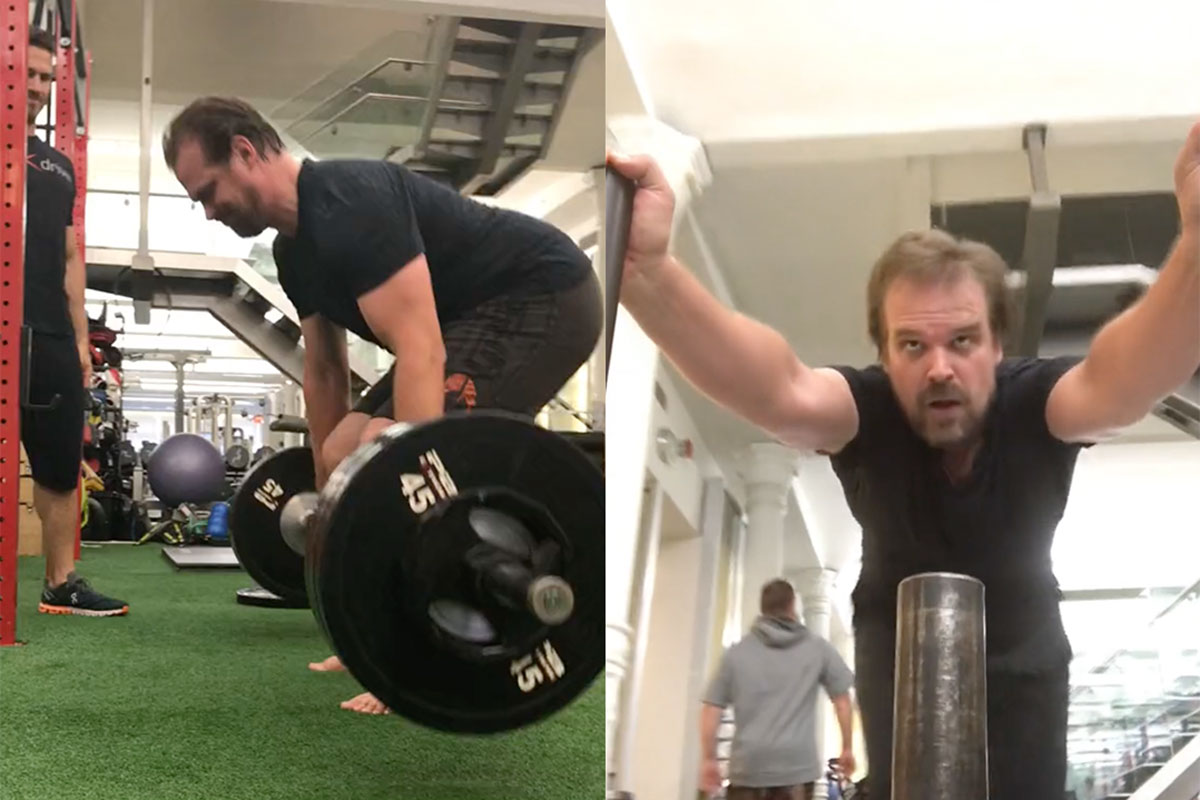 This year’s season of Stranger Things will surely go down in history for being one of the greatest seasons of any tv show ever. The sheer magnitude of the budget and grandeur of each episode is enough of a testament to show how serious the series creators took the fourth entry of the hit horror drama show. And one of the greatest things about the new season was the big baddie Vecna.

Apart from having a compelling backstory and a terrifying curse, The King of the Upside Down was horrifying just by his looks. And the transformation of actor Jamie Campbell into Vecna is nothing short of a miracle.

Stranger Things has become a global phenomenon breaking every record in the book. And, as each season passes, the challenges to the show’s primary characters get more severe. Thus the characters need to be physically capable of dealing with them.

Stranger Things 4 finds David Harbour, who plays Jim Hopper as a prisoner in a Russian cell. Naturally, David had to prepare himself before the shooting began physically.

And thanks to his personal trainer, Don Saladino, we can witness just what type of strict regiment David subjected himself to in order to get into fighting form.

Don, who also works with Ryan Reynolds, posted a video of David completing a brutal full-body workout on Instagram.

Deadlifts, medicine ball smashes, sled pushes, and farmer’s carry are among the exercises.

So, if you want to grow physically strong enough to combat Demogorgons, you need to undertake the following exercises: Deadlift, Sled Push, Farmer’s Carry, and Medicine Ball Slams.

Before appearing in the newest season of Stranger Things, Harbor was last seen in Marvel’s Black Widow.

In the superhero movie, Harbour had a dad bod. So his transformation from a forgotten superhero to a prisoner with a lean physique is genuinely commendable.

Which transformation do you guys love the most, Vecna‘s or Jim Hoppers? Let us know your answers in the comments.

Exclusive: Noah Schnapp Reveals 10 Things That He Needs to Survive, It Is Definitely Going to Be an Arduous Task to Bring Them to the Upside Down – TalkOfNews.com

Exclusive: This Little Rainbow Detail Confirms Why The Creation Of Vecna Was Written In The Stars – TalkOfNews.com