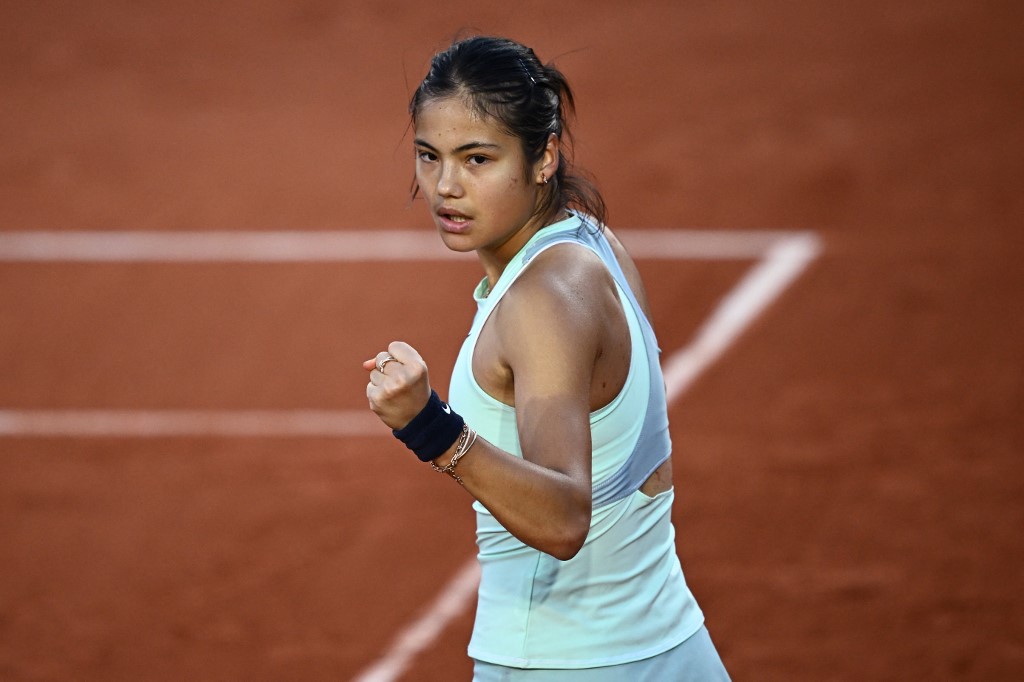 Britain’s Emma Raducanu reacts after winning against Czech’s Linda Noskova at the end of their women’s singles match on day two of the Roland-Garros Open tennis tournament at the Court Simonne-Mathieu in Paris on May 23, 2022. (Photo by Anne-Christine POUJOULAT / AFP)

Emma Raducanu is poised for a return to the grass of Wimbledon next week as a Grand Slam winner—under pressure to end Britain’s 45-year-wait for a women’s singles champion.

The teenager caught the eye during her run to the last 16 at the All England Club 12 months ago before withdrawing from her match against Australian Ajla Tomljanovic because of breathing difficulties.

But her Wimbledon debut merely proved the prelude to an astonishing triumph at the US Open in early September, where she beat Leylah Fernandez in the final.

Raducanu, a qualifier, did not drop a set at Flushing Meadows, becoming the first British female player to win a Grand Slam singles crown since Virginia Wade at Wimbledon in 1977.

That victory propelled her to global stardom, with endorsement deals stacking up as she cashed in on her stunning success in New York.

It has not all been plain sailing for the 19-year-old, currently ranked 11th in the world, who has not won more than two matches at a tournament since.

Raducanu has come under scrutiny over her failure to settle on a long-term coach and has also struggled with fitness issues, as well as having a bout of coronavirus.

But despite her early exits at the Australian Open and French Open, the pressure at her home Grand Slam is bound to be intense.

But Wade’s triumph at Wimbledon in Queen Elizabeth II’s Silver Jubilee year remains the last time a British woman has won at the All England Club.

Raducanu’s Wimbledon preparations suffered a blow when she was forced to retire from her first-round match in Nottingham against Viktorija Golubic earlier this month.

The British number one, who is listed as the 10th seed at Wimbledon, subsequently pulled out of the WTA event in Birmingham and did not appear in Eastbourne.

That leaves her with less than a set of grass-court tennis under her belt before Wimbledon.

Raducanu sparked more fears around her recovery from a side strain when she pulled out of a scheduled second practice session with Garbine Muguruza on Friday.

Earlier this month she admitted she had done things “backward” by winning a Grand Slam so early in her career as she settles into life as a full-time professional.

“For that to happen very soon definitely comes with a lot of challenges,” she said.

“But managing, learning and growing through the adversities that I have faced, I would much rather have that, learn from those experiences and keep building and progressing.”

Retired British player Tim Henman, who sat courtside during Raducanu’s run to the US Open title, has been advising her on how to cope with being the home star at Wimbledon.

“What’s being said in the newspapers or on social media or television, you can’t control it so why worry about it?” said the former Wimbledon semifinalist.

“When you’re young and you haven’t had the experience, that’s not always easy but, when I think of her mental fortitude with the way that she played in New York going through those 10 matches, she’s incredibly strong mentally,” he told the PA news agency.

“Her tennis ability is there for everyone to see. The challenge for her is to build up this physical robustness. But she’s 19, she’s got so many opportunities ahead of her.”


World number four Paula Badosa has urged British fans to turn down the pressure on Raducanu, backing her to adjust to life on the WTA Tour.

“She needs time and she needs more experience on tour and she will get it. People have to stop putting all this pressure on her and expectations,” she said.

“What she did is play very well at one Grand Slam and she won it, so you can see how good she is.”

Exclusive: Golfer sends his ball into orbit before bailing on event – TalkOfNews.com 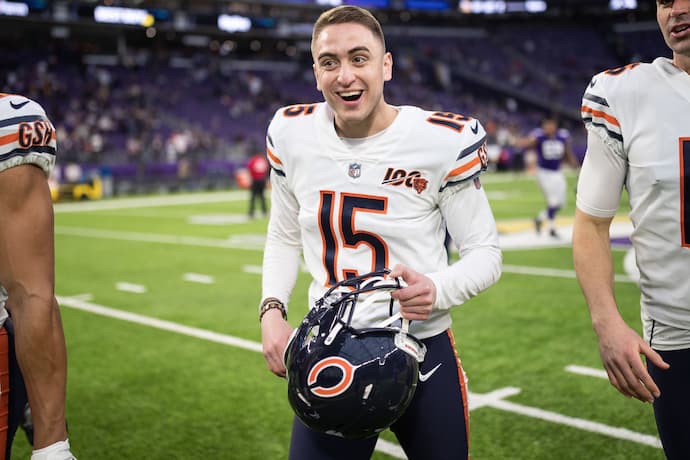 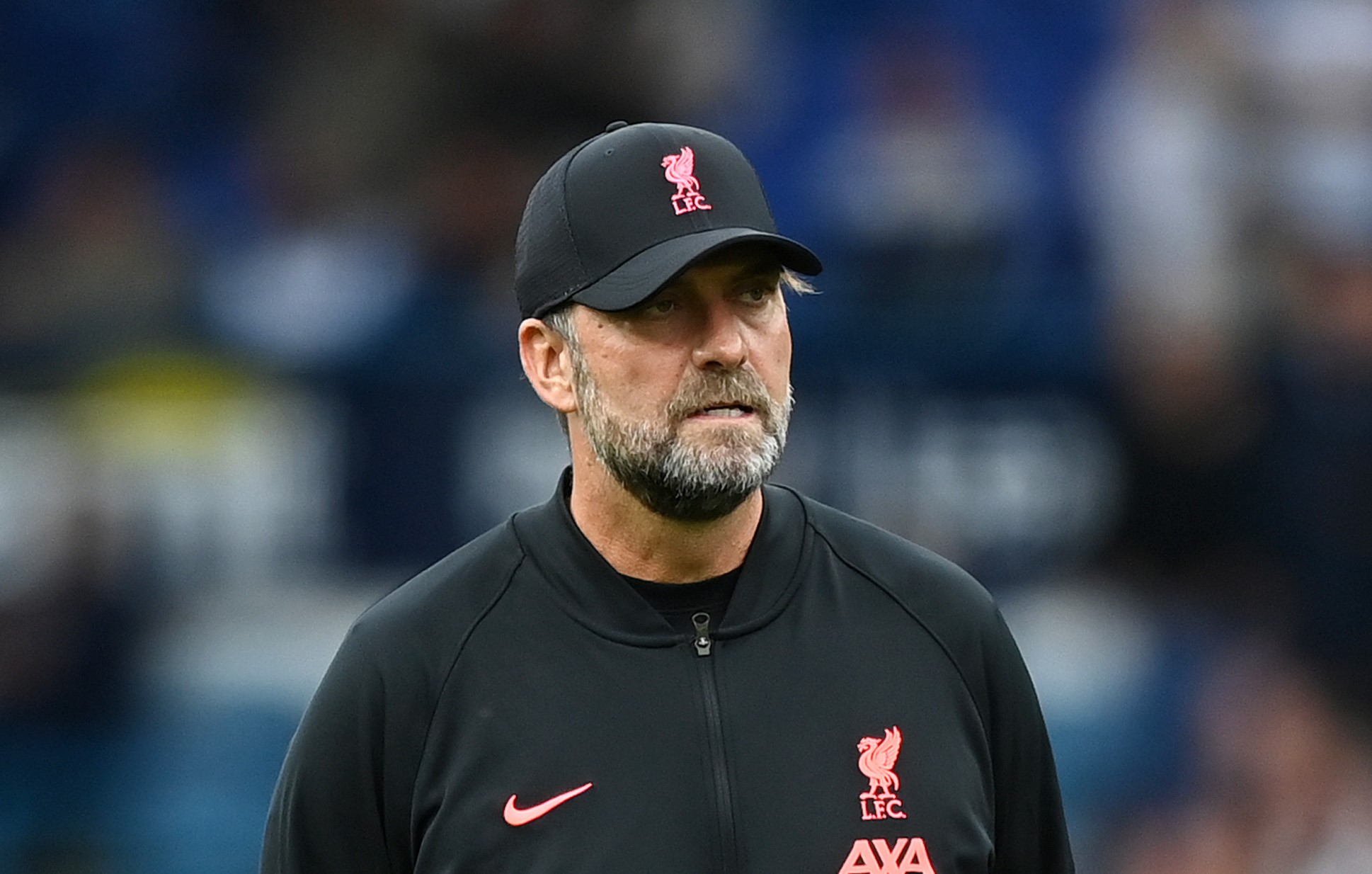