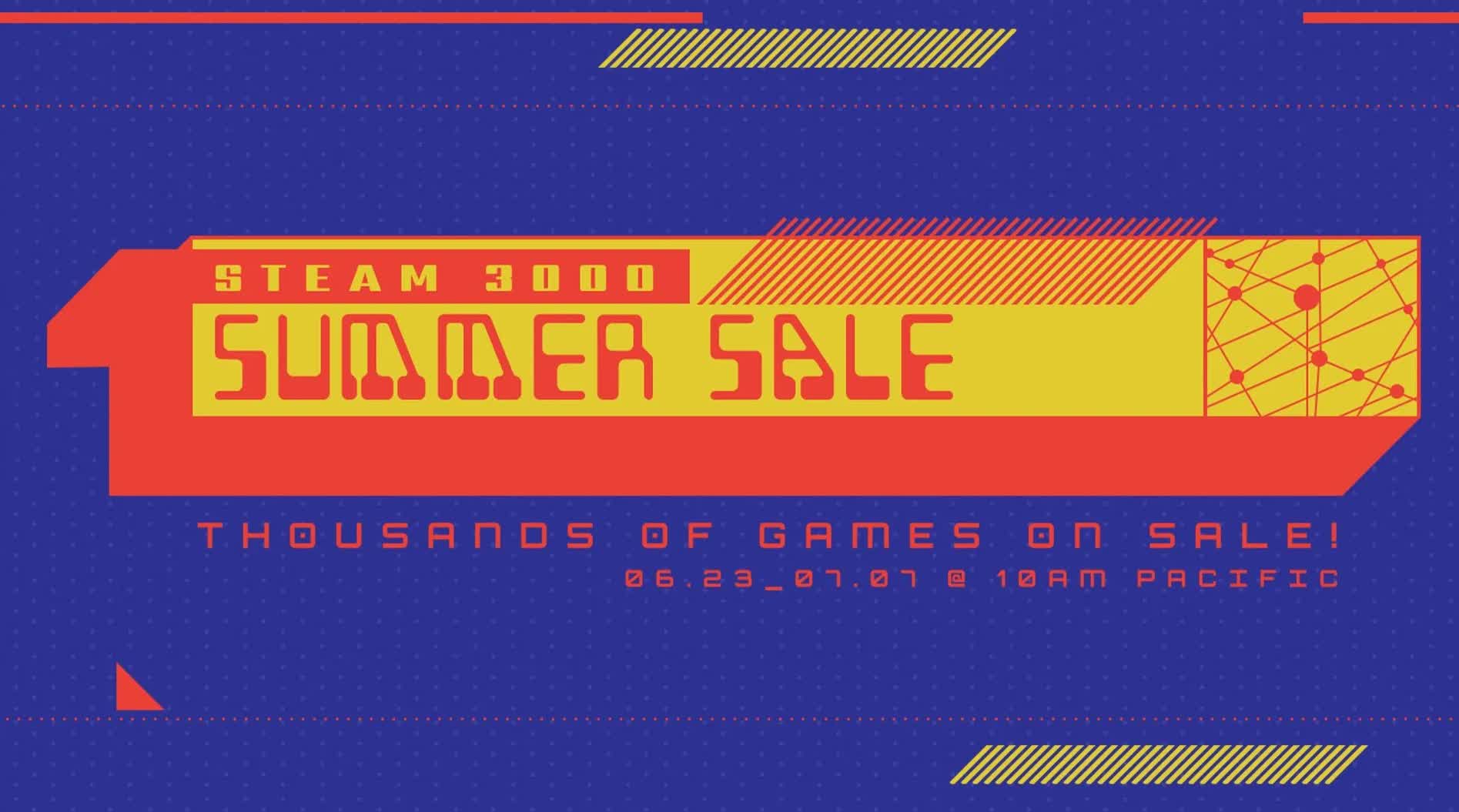 In brief: Valve’s annual Steam summer sale is in full swing with discounts on thousands of PC games for the next two weeks. Look close enough and you’ll find some heavily discounted titles, and perhaps even a freebie or two.

The newly released Teenage Mutant Ninja Turtles: Shredder’s Revenge is already on sale, yours for a respectable $22.49. The PC version of the game has a solid score of 85 over on Metacritic and a user score of 8.9 out of a possible 10.

Those looking for deeper discounts might be interested in grabbing Resident Evil Village, Chrono Trigger, Half-Life: Alyx, Ghostwire: Tokyo or Red Dead Redemption II for half price. Hitman III, Ghostrunner, Mafia: Definitive Edition and Divinity: Original Sin II are all 60 percent off their usual price while Star Wars Jedi: Fallen Order, The Sims 4 and Prison Architect have been marked down by 75 percent.

Valve is practically giving away games like Just Cause 2, Payday 2, Fishing Adventure, Duke Nukem 3D and Sniper Elite 4 at 90 percent off, and Tell Me Why is free to keep if you claim it before July 1.

The Steam summer sale runs through July 7, but it’s not the only show in town. Nintendo has also launched its Big Ol’ Super Sale which wraps up a day earlier on July 6, and Meta’s Oculus Quest summer sale will remain active until June 26. 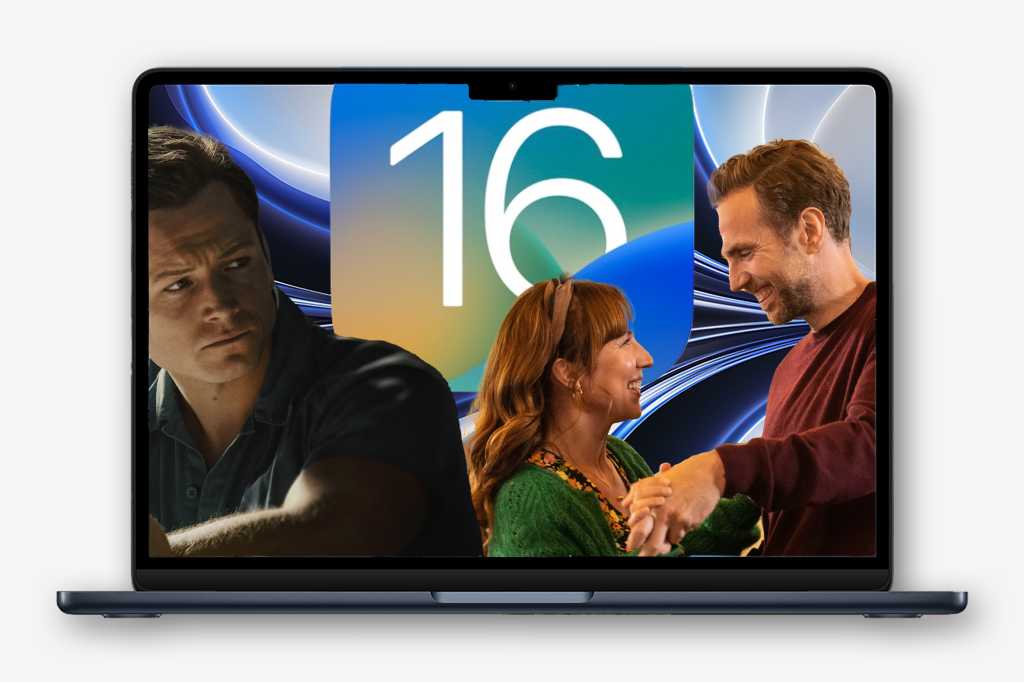 June was a huge month for Apple, with lots of announcements and new products stemming from WWDC. We got new developer betas of this fall’s operating system updates and our first look at the M2 processor in the updated 13-inch MacBook Pro.

July will build on that excitement with the first public betas of iOS 16, macOS Ventura, and all the rest, along with the M2’s real showcase: the new MacBook Air. Here’s what we’re expecting Apple to deliver in July 2022.

The only significant hardware release we expect from Apple in July is the new MacBook Air. But what a release it should be! The new M2 processor at the heart might be the least exciting improvement. There’s an all-new design that ditches the wedge shape but is still as thin and light as ever, new Midnight and Starlight colors, a bigger display with thinner bezels and a notch, a much-improved 1080p webcam, new speakers and mics, and MagSafe charging.

The new MacBook Air starts at $1,199, and Apple hasn’t given an exact release date yet, only saying it will come in July. However, the latest rumors suggest it will arrive on July 15. We suspect that demand will quickly outstrip supply, so be ready to preorder right away if you want one.

When Apple introduced its fall OS updates at WWDC in June, it said we could expect Developer betas immediately, followed by public betas in July. As June comes to a close we still don’t have a specific release date yet, but we expect it to arrive during the week of July 11–the third developer beta followed shortly by the first public betas, which should be essentially identical builds.

iOS 16: iOS 16 brings some really great new features, and you’ll get a chance to try it out in July. Here’s how to join the iOS beta.

iPadOS 16: iPadOS 16 for the most part mirrors the updates of iOS, but the new Stage Manager feature (exclusive to M1 iPads) is a pretty big deal.

tvOS 16: While tvOS 16 doesn’t bring a lot in the way of new features, it will still be updated this fall to keep in line with Apple’s other OSes.

macOS 13 Ventura: Highlights of macOS 13 include Continuity Camera, Weather and Clock apps, Stage Manager, and lots of app updates. Here’s how to get the macOS Ventura beta.

In addition to the iOS 16 betas, those who are not interested in testing advanced versions of Apple’s operating systems are also likely to get a release in July. iOS 15.6, iPadOS 15.6, tvOS 15.6, watchOS 8.7, and macOS 12.5 have had several beta releases and are likely very close to final public release. These releases contain mostly just bug fixes and security updates.

Here are the shows, series, and movies we expect to release on Apple TV+ in July. This month leans heavily on children’s programming. If you want to know what’s coming later, check our full guide to upcoming Apple TV+ content.

Black Bird: Jimmy Keene is sentenced to 10 years in a minimum-security prison, but strikes a deal to enter a maximum-security prison for the criminally insane and befriend suspected serial killer Larry Hall, to get a confession and learn the location of his victims’ bodies. July 8

Trying (season 3): The eight-episode third season picks up with Nikki and Jason waking up as new parents to two children they are still getting to know. Now they just have to keep hold of them, which proves to be trickier than they initially thought. July 22

Surface:  As Sophie embarks on a quest to put the pieces of her life back together after a traumatic head injury leaves her with memory loss, and begins to question whether or not the truth she is told is in fact the truth she has lived. July 29

Amber Brown: Based on the bestselling book series by Paula Danziger, Amber Brown is an unfiltered look at a girl finding her voice through art and music in the wake of her parents’ divorce. July 29

My Bowling 3D+: iWare’s hit bowling game from way back in 2012. Available now

Samorost 3+: A strange platform and puzzle game about a curious space gnome with a magic flute, first released in 2016. July 8 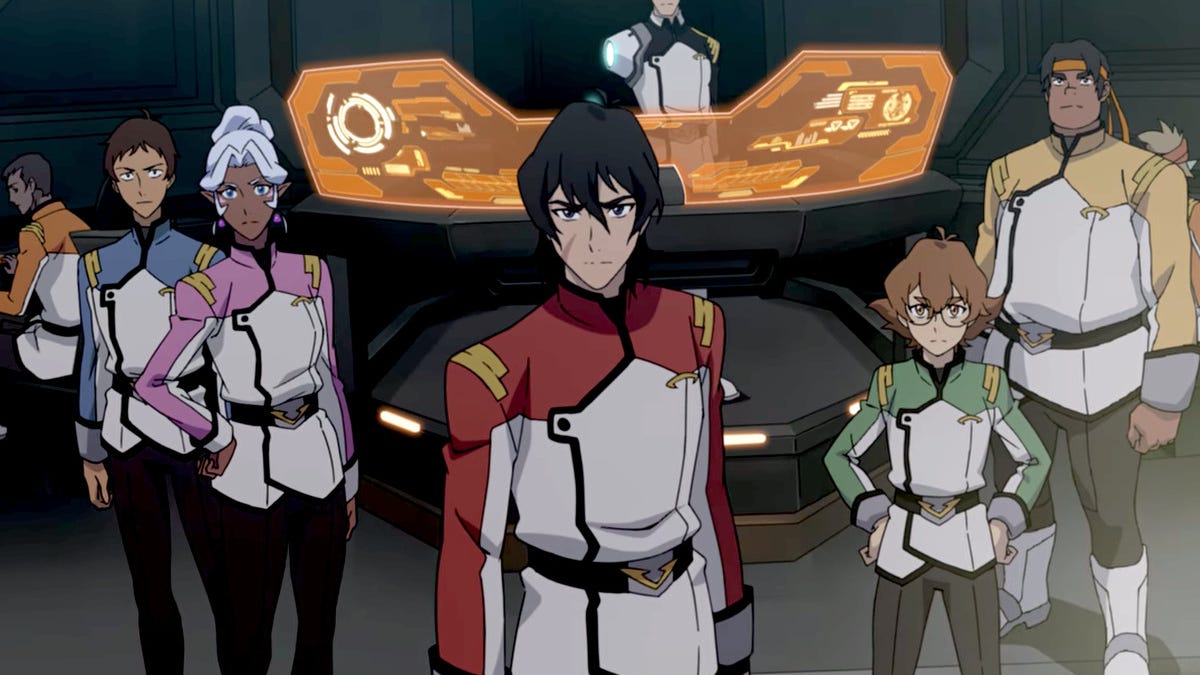 Watched: Oh boy, I went through a bit of a tear with TV this month. Along with being taken in by Ms. Marvel and slowly catching up on Star Trek: Strange New Worlds, the biggest thing I watched, TV show wise, was Barry. After hearing so much about it on Twitter over the course of several weekends, I finally took the plunge and really enjoyed that first season. It’s incredibly breezy as hell, and really easy to just binge three or four episodes before walking away to let everything settle. I like how constantly out of his depth Barry is while simultaneously being the most dangerous person in every scene he inhabits; I like his weird, brief hypotheticals of the future he could have if he successfully gets out of The Life. I’ve stepped away from it for a few days, but am prepared to get into the next two seasons and then eagerly consume season four whenever that hits up in 2023.

Towards the end of the month, I got hit with a case of the rewatch and decided to turn my eye back to Voltron: Legendary Defender over on Netflix. And you know what, those first three seasons are about as strong as I remember them being. I respect a show that’s extremely committed to its own bullshit, in this case a guerrilla army of alien cat ninjas with transforming swords. In its best moments, that Legendary Defender managed to make its universe feel like a big, space opera romp while maintaining a tight focus. I remember some of this show’s future plot points, and remember being just passively mixed on the ending, so we’ll see how that goes as I continue down mecha-memory lane.

Movie wise, there was Lightyear and Jurassic World Dominion. Lightyear was Fine, but ultimately doesn’t have anything going for it beyond Chris Evans having a surprisingly solid voice that would probably be good for Star Trek sometime in the near future, if he’s in the mood to do franchises again. As for Dominion…well, beyond just not giving nearly enough time to Omar Sy as a spy trying to take down a dinosaur smuggling ring, the biggest sin of the entire thing is that it’s just really dull. The first two World movies had a noticeable, joyous—and at times, controversial—bloodlust and meanness about them that Dominion very much lacks. If this is the last one, I can’t say that I brought flowers with me to the service.

Played: It finally happened. After shelling out for a wireless controller, last week I finally beat Legend of Zelda: Breath of the Wild. I grinded some shrines, got enough hearts to pull out the Master Sword, and finally took Calamity Ganon down. I can’t tell you how I actually feel about the game because I’ve been playing it off and on for years—when I booted up my save last week, it said that last I played the game was in March of 2021—but what I remember of the game eventually grew on me, though not to beloved acclaim as anyone else.

Breath of the Wild may be a game that I restart and play properly instead of just playing once every couple of months, but that’ll come after I knock out some more 2022 games. I told myself earlier in the year that I’d play Stranger of Paradise over the summer, and it is indeed a perfect summer game in that it’s a good way to get out of the sun and just turn some podcasts on. Couldn’t tell you a lick about what the game’s plot is—not a real Final Fantasy player, though I do understand that this is intended to be a prequel of sorts to the original Final Fantasy—but the gameplay is satisfying enough that I don’t really care. It’s a fun throwback to those old PS3/360 co-op games you’d play on the couch with your childhood friend, and I just love how completely frickin’ stupid it is. I may end up paying for that DLC if I finish the base campaign proper in time.

Very briefly, I also played some Citizen Sleeper, a narrative cyberpunk RPG inspired by tabletop games about you, a humanoid machine dubbed a “Sleeper,” having to work inside a space station while figuring out how to stay alive. A limited set of dice dictates what all you can do in any day, and as you become more embroiled in the lives of the station’s inhabitants, it can be stressful trying to figure out how to balance it all. But it’s the fun kind of stressful, one where the vibes are always easy going thanks to some moody music and a casts of characters who are light and friendly while no doubt having a darker edge to them. There’s just something absorbing about Citizen Sleeper right from the start, and I think that if you’ve got a PC that can run it—or Xbox Game Pass—you should play it if you’ve got yourself a love for the sci-fi.

Finally, there was Ninja Turtles: Shredder’s Revenge, a retro throwback to the 80s days of the TMNT. Beyond mashing the buttons of the arcade machine at my local Dairy Queen back in the day, I’ve never played a TMNT beat-’em-up before, but Shredder’s Revenge manages to feel like a fun nostalgia trip nonetheless. For me, the biggest issue is that the game feels too chaotic for its own good; in single player, some levels feel deliberately mean, like the early missions on the hoverboard. And in co-op, it quickly gets to be a mess if you’ve got more than three players. There’s fun to be had here, certainly, but the game having six-player co-op feel a bit misguided when even four players could become real unwieldy really fast.

But enough from me, go ahead and spill what all you did for the month of June in the comments below.