In Stranger Things, there have been many antagonists of different forms and sizes since season 1. They wreaked havoc on Hawkins’ soil with their monstrous intentions. Whether it is the Demogorgon, Mind Flayer, or Vecna who is himself the source behind this Upside Down. The only flesh and bone villain fans saw in the whole series is Dr. Martin Brenner played by Matthew Modine.

As we blame him for all the massacres that took place in the Laboratory of Hawkins town. But there are always two sides to every story narrated: the one is what we believe as viewers and the other is the real experience of that character. Although the character of Dr. Brenner has been shown rarely in all four seasons. Still, it seems that the man has flickers of positivity in him if we closely meditate on his actions.

If we travel back in time to Eleven’s memories Papa is the man who trains these 17 children in a secluded lab. He helps them nurture their powers and we don’t see any kind of harm done to kids. However, it is revealed that Brenner has embedded a chip in Henry Creel’s neck. Which seemed to be solely a protection barrier for everyone so that Henry’s immense power cannot harm people.

ALSO READ: Fan Made Edit Shows Noah Schnapp Bouncing On The Sofa Of Jimmy Fallon Tonight Show Over The Years

Because when Peter’s identity is revealed it becomes evident that he was a wicked kid who killed his family. While putting all the blame on his father pretending he is dead. Moreover, it was Peter who tricked Papa and started living with him in the Hawkins Lab as his first child 001. We can say that the ways Brenner used to keep those children captive are not appreciable. But there is a possibility that he might be saving them from evil hands. Like Russians, who could have used Eleven’s psychokinetic powers to open portals to other worlds.

On the other hand, viewers saw that Brenner never wanted the gate to be opened. And it was just a sudden mistake that ruined everything as Eleven went into a panic. Papa was continuously doing research and sending scientists in to find out the solution to this problem. As he knew this gate might tear up the whole Hawkins town into shreds. He seems to indicate all the terrible things coming their way and tells Eleven that she is not ready yet. Including the glimpse we got in the volume 2 trailer him saying:

“I know you’re frightened. You are terribly frightened by what you’ve seen. But I’m not gonna lie to you. You friends are not prepared for this fight.”

ALSO READ: Fans Lay Down Their Theory Of How Will Should Be Saved From Vecna With A WRONG SONG, And It Will Break Your Heart

Therefore, we saw Eleven taking Papa’s hand in season 4 volume 1 as if she has some faith left in him. That she still trusts his process of retaining her powers and goes with him. So here we end with our newfound theory about the wicked scientist who isn’t so evil. But fans are always welcome to drop their opinions about Matthew Modine aka Papa in the comment box.

The post Stranger Things’ Papa Matthew Modine Does Not Seem To Be The Backstage Villain Like The Show Has Painted Him appeared first on Netflix Junkie.

Exclusive: ‘Spiderhead’ Cast Chris Hemsworth, Miles Teller, and Jurnee Smollett Does Not Need Love Drug Luvactin to Adore Each Other

Exclusive: Billie Eilish And Her Mysterious Tics: Diagnosis At 11, Flexing Muscles, and The Disappearance While Performing

Exclusive: Will Fans Have A Herogasm-esque Episode Like ‘The Boys’ in Netflix’s ‘The Witcher’? – TalkOfNews.com 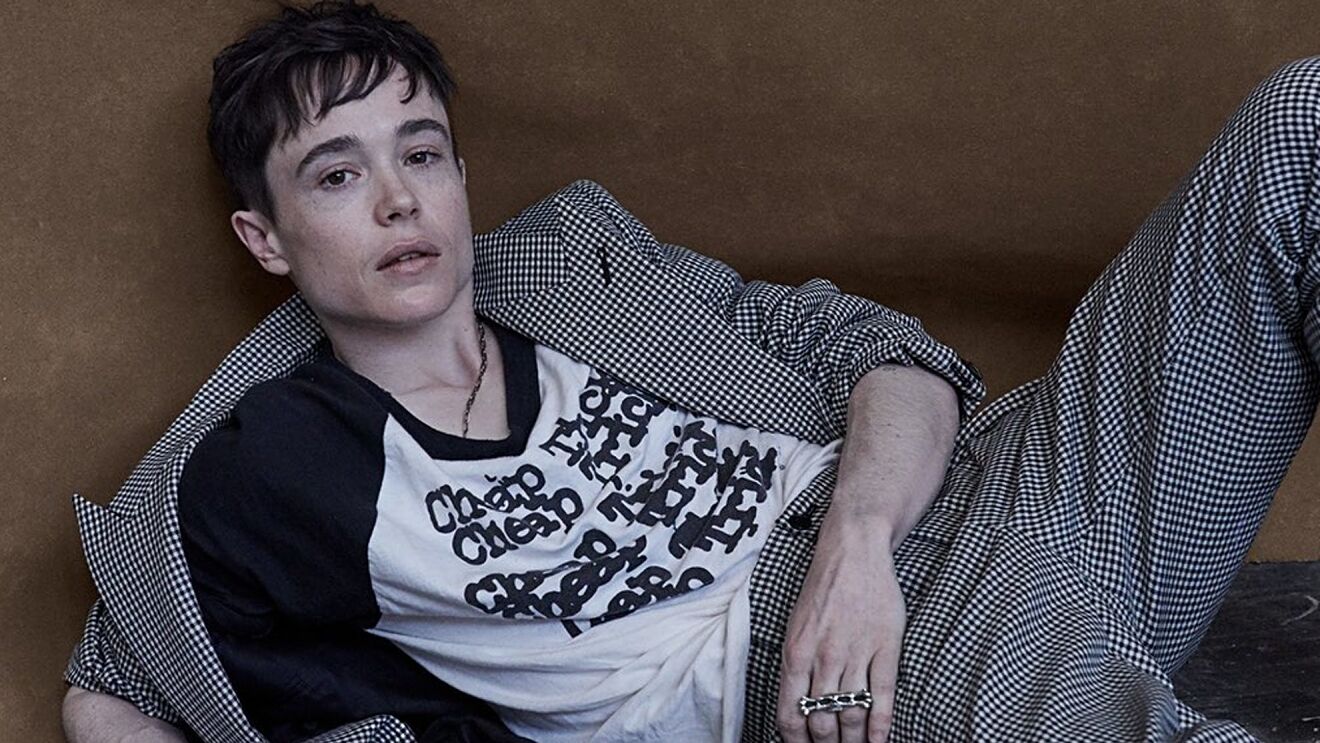 News of The Umbrella Academy incorporating Elliot Page’s transition into the series was already well known. But the streamer has taken a step further to edit the actor’s name in the previous seasons of the show. Elliot Page plays an integral part in the Netflix series about Superhero siblings banding together to avert catastrophes. After a long gap, the dysfunctional superhero family has finally returned to the screens to answer the questions it left in the viewers’ minds back in season 2.

After starring in nearly two seasons of the show, the actor came out as trans in 2020. As a kind gesture to the actor, the writers of The Umbrella Academy wrote his transition in his onscreen character as well. The new season introduces us to a newly transitioned Viktor Hargreeves. However, few viewers noticed the changes Netflix made in the previous seasons after the actor came out. The credits in the previous seasons now display his new name, Elliot Page. The streamer has removed the dead name, Ellen Page.

They took to Twitter to appreciate Netflix’s touching gesture.

Thank you @netflix for changing Elliot Page’s name in the credits and for featuring his transition. You really love to see it, especially in these times. I’m very touched! #TransRightsAreHumanRights

Its good that Netflix has changed Elliot Page’s name in all the previous Umbrella Academy episodes.

apparently they edited the credits of the umbrella academy on netflix to change elliot page's name, since he came out well into the series pic.twitter.com/D8LWooLSsF

I enjoy Netflix putting Elliot Page first in the credits.

ALSO READ: Elliot Page Says Representation “made (them) better” as The Umbrella Academy Season 3 Depicts Them as Viktor and Not Vanya Hargreeves

Page’s character comes out as a trans in episode 2 of the third season of The Umbrella Academy. Instead of making it the central narrative, Steve Blackman, the creator, wanted to create a real and sensitive moment in the show.

Steve had collaborated with trans author and writer Thomas McBee to flesh out the character.

“We just wanted to be a beautiful moment that was sensitive, that was real and you know, in a world where there’s so much, you know, anti-trans (rhetoric) that we really wanted to tell a pro-Trans story, but it was totally collaborative right through,” said Steve.

Page, while appearing on Late Night With Seth Myers, also mentioned that he was actively involved in the process as well.

ALSO READ: The Umbrella Academy Will Be Able to Evade the Game of Thrones-like Problem Involving George R R Martin

Exclusive: Stranger Things’ Vecna Lays Down Yet Another Life, Following Chris Evans and His Emotional Goodbye to His “Pal” – TalkOfNews.com 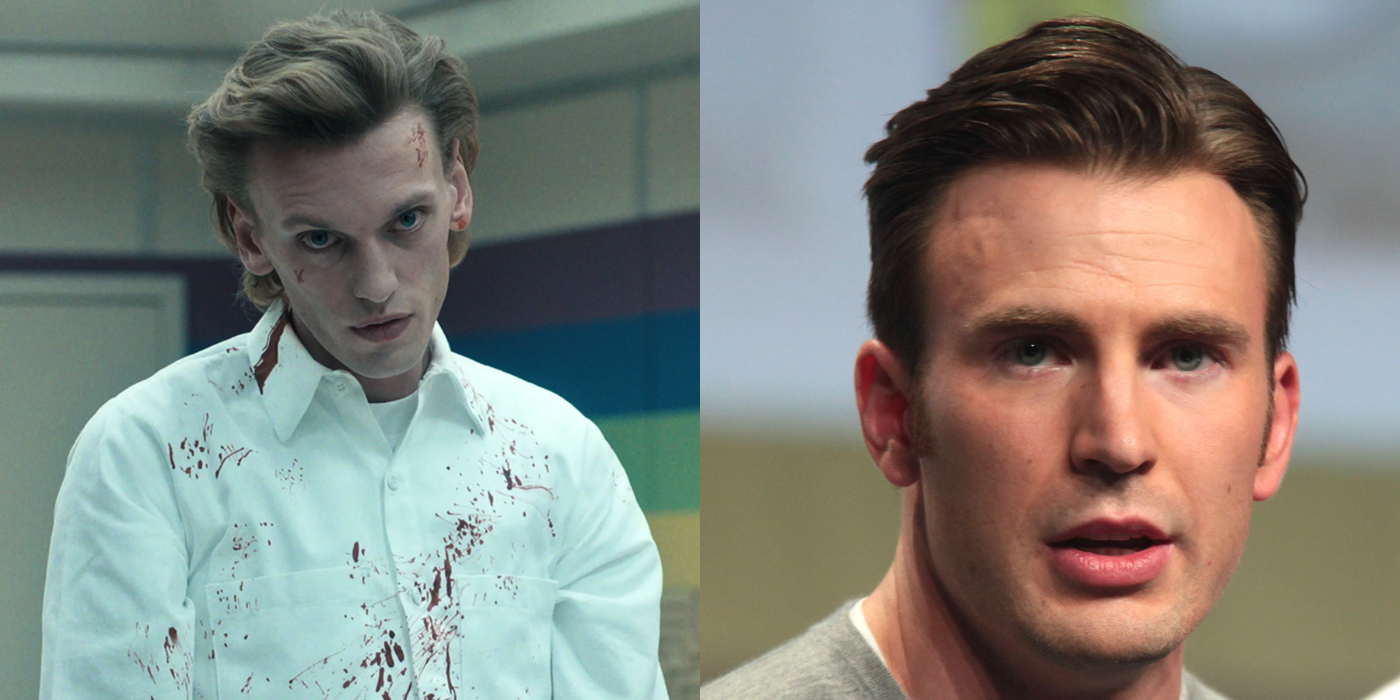 Vecna isn’t stopping until he takes everyone, even his iPhone. We are guessing that Stranger Things season 4 villain Vecna just got tired of going after everyone in the Upside Down and asking them: “Will you join me?” So this time he sent his phone to the afterlife.

This season Stranger Things introduced Vecna, the most terrifying villain of all time. The humanoid is quite different from the other monsters that visited Hawkins. He is far more powerful and has telekinetic powers. He loves chasing after victims that have experienced trauma in their past. His trademark killing style involves showing them nightmares and gouging out their eyes. He also keeps a collection of his prized souls in his hellscape. And now his phone joined the souls.

Apparently, Jamie Campbell was using an iPhone 6s until it died recently some three weeks ago. His iPhone 6s also joined Vecna’s corpse collection in the process. He mentioned his grief over his dead phone in a reply to Chris Evans’ tweet. Interestingly, the Captain America actor wrote a farewell note to his old iPhone! In it, he wrote he particularly won’t miss his phone’s battery issues and low-quality pictures! It’s hilarious how the two actors are turning this into a sob story.

I can confirm that no less than 3 weeks ago we too had to lay our iPhone 6s to rest. She passed peacefully and in her sleep as one morning she wouldn't wake up. Ashes to ashes, dust to dust. x https://t.co/Dmi3Llfj6Y

Jamie will reprise his role as Vecna in Stranger Things in the upcoming Volume 2. Some fans also theorized that he will continue to terrorize Hawkins even in season 5. Until now, the show hasn’t revealed his agenda. But inferring from his speech to young Eleven, Vecna may want to strike a balance in the world. Vecna continues to track Eleven and her friends in the new trailer. In a voiceover, he tells Eleven that her friends have lost.

On the other hand, the megastar, Chris Evans takes a detour in the Russo Brothers’ The Gray Man. He is playing a psychopath working for the CIA. Evans is sent on a mission to track down Ryan Gosling’s Courtland Gentry or Sierra Six. The Russos have set up a thrilling premise for a cat and mouse chase story with stylized action and jokes peppered in.

Will you tune into Netflix to catch Volume 2 on July 1?

The post Stranger Things’ Vecna Lays Down Yet Another Life, Following Chris Evans and His Emotional Goodbye to His “Pal” appeared first on Netflix Junkie.

Exclusive: Will Fans Have A Herogasm-esque Episode Like ‘The Boys’ in Netflix’s ‘The Witcher’? – TalkOfNews.com