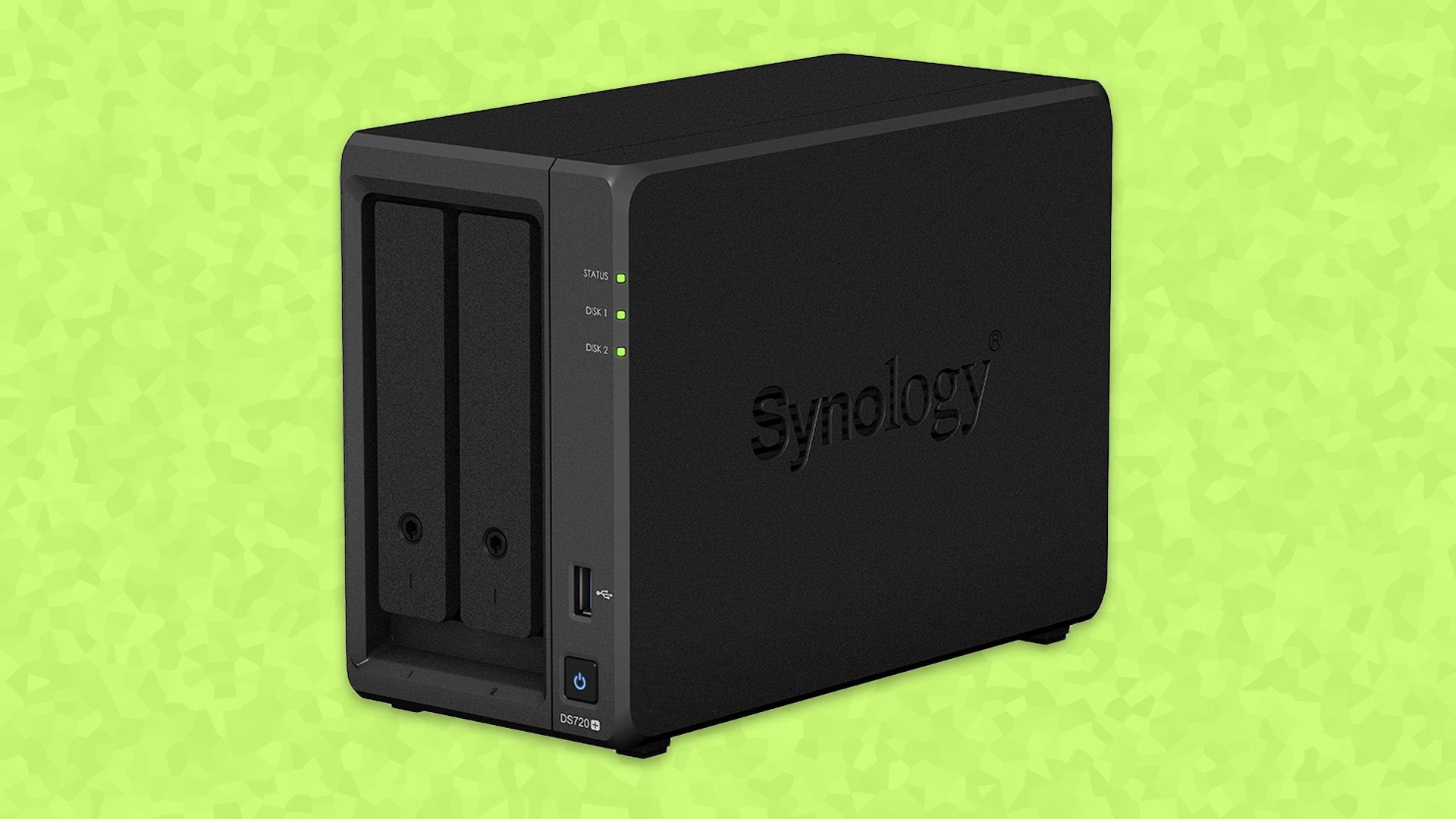 A dedicated NAS device is sort of like a cloud server for your home—it lets you back up and access data through the internet. But NAS devices are more than just glorified hard drives. With minimal effort, they unlock a world of functionality for computer nerds, movie snobs, music fans, or even small businesses.

We aren’t going to cover the best NAS devices today, though we will explain how they work and some of the best reasons to own one.

What Is a NAS Device?

At its most basic, NAS or “Network Attached Storage” is just file storage that’s connected to your home internet. Authorized devices inside and outside of your home can use this storage to wirelessly back up, download, or stream files.

It’s sort of like having a super-fast Dropbox server in your home. Except a NAS device can go much further than Dropbox—you can use NAS to create your own streaming service, experiment with VMs (awesome for hosting a Minecraft server), backup the entirety of your computer (including settings and preferences), or automatically send copies of backup data to other storage solutions.

Companies like Synology, TerraMaster, QNAP, and ioSafe sell purpose-made NAS devices, which are small and energy-efficient computers with huge slots for hard drives or SSDs. These dedicated NAS devices are easy to set up and easy to use.

To be clear, the features listed throughout this article do not require a purpose-made NAS device. You can enable network file sharing on any PC or Mac, for example. And if you have an old computer, Raspberry Pi, or NVIDIA Shield lying around, you can turn it into a NAS device.

But I usually suggest buying a purpose-made NAS from a brand like Synology or QNAP. Not only is setup easier with a “real” NAS, but you’ll end up using a lot less electricity. Purpose-made NAS devices are energy-efficient, compact, and quiet—three things that you can’t say about a repurposed PC. (That said, I will shout out some alternatives throughout this article.)

You know how there’s a “Network” tab in the Windows and macOS file system? Once you set up a NAS, you can use that tab to access its contents from any computer in your home. Backing up and retrieving files requires nothing more than a drag and drop, and you can open files from the NAS straight into applications like Microsoft Word or Photoshop.

Other devices, such as smartphones or security cameras, can also access these files. And when you want to keep things private, you can apply password protection or a firewall to your NAS device (or password-protect specific folders).

If you want to take things a step further, you can even enable remote access on your NAS. This allows you and other authorized users to access its contents from anywhere in the world. If you’re a musician, for example, you can use a NAS to quickly share or collaborate on projects with others (and enjoy relatively fast upload and download speeds).

Now, port forwarding and remote access come with some security concerns. If you decide to enable remote access on your NAS, I suggest programming some firewalls and setting up your NAS device’s VPN functionality to reduce the risk of ransomware and data loss—you cannot eliminate this risk, so please take it seriously. (You should also make backups of your backups, which we’ll get to in the next section.)

Most people buy a NAS device to back up data. Not only is it easier than lugging around a portable hard drive, but NAS devices can create a RAID array that ensures data redundancy. Basically, if one drive fails (and all drives fail eventually), your data is still safe on other drives within your NAS device.

You can even use a NAS to routinely back up your entire computer. Both the Backup and Restore tool on Windows and Time Machine on Mac work with NAS devices, meaning that you can wirelessly secure the contents, preferences, settings, and activities of your computer in case something goes wrong.

Bear in mind that NAS devices aren’t a one-and-done backup solution—you need to have backups of your backups. Catastrophic drive failures can occur even with a solid RAID setup. House fires and other acts of God aren’t predictable. And if you enable remote access on your NAS, there’s always a small chance of ransomware.

I suggest following the 3-2-1 rule; make three backups of your files using two different media formats, and most importantly, keep one backup outside of your home. This is fairly easy with a NAS device. I routinely back up my NAS’ important files to a large external drive (which I keep in a fireproof box), and select folders in my NAS automatically back up to Dropbox.

Build Your Own Streaming Service

Dedicated NAS devices are a popular option for media streaming, and with a service like Plex, you can build your own streaming service for movies, tv shows, and music. All you need are media files, which you can rip from discs or download through the internet.

Services like Plex turn your NAS device into a “media server” with deep customization features and automatic metadata retrieval (for movie ratings, show descriptions, closed captions, album art, and so on). All devices within your home network, including smart TVs, can access this media through the Plex app or webpage.

And if you want to take things to the next level, you can enable remote access for your NAS-based media server. Family and friends can stream content from the server regardless of their location—it’s really like you made your own streaming service!

Here’s the only concern; cheaper NAS devices aren’t always powerful enough for streaming (especially 4K streaming or simultaneous streams to many devices). If you plan to use a NAS device for media streaming, be sure to look at reviews and see what people say about the performance. (Ideally, they should have no complaints about 4K streaming, even if that seems overkill for your needs.)

To be clear, Plex is just the most popular option for home media servers. There are plenty of alternatives, including Jellyfin, Kodi, and Enby.

I should also mention that, for media streaming, a purpose-made NAS device may not be the most cost-effective or powerful option (it’s just the easiest option, especially if you have zero experience). A repurposed PC is great for media streaming, the NVIDIA Shield TV makes for a very effective Plex server, and power users sometimes opt for an Intel NUC computer.

Every purpose-made NAS device supports VPN functionality, which you should absolutely enable if you plan to access the NAS from outside your home. Setting up the VPN server on your NAS device adds an extra layer of security, helping you avoid ransomware attacks and other nastiness.

But this VPN server functionality comes with a neat benefit—if you want, you can use it to remotely access all devices on your home network (LAN over WAN) with a nice little layer of security. You could send documents to your printer through this server, for instance, or even access files within your desktop computer.

To be clear, exposing your home network to the internet is a very risky idea. And because NAS devices tend to use outdated protocols (like old versions of OpenVPN), they aren’t exactly the pinnacle of security. Most people will be fine, but some people will get screwed.

If you choose to go down this route, please set up Docker on your NAS device to isolate the VPN server. As I’ll explain below, this Docker can run a VM with more up-to-date security protocols, which should better protect you against hackers—you will never have 100% protection, though.

Here’s a pretty niche thing; you can use Docker to experiment with virtual machines on your NAS device. Doing so will isolate the VM from other parts of your NAS device, and more importantly, it opens the door to new features and new experiences.

A virtual machine or VM is exactly what it sounds like—a computer that you emulate through software. Let’s say that you’re a Mac user who wants to play a Windows XP game. Instead of ruining your Mac with weird software and partitioned drives, you can just use Docker to run a Windows XP VM on your NAS Device. You can then access this VM from your Mac, either through your local network or a remote connection.

Developers can also use a NAS Device to test applications for modern operating systems, like Android or Windows 11. And if you want to run something like a Minecraft server from your NAS device, Docker can isolate it with the correct software and whatever security protocols you wish to use.

And if you just want to increase security for remote connections, Docker’s your best friend. Use it to set up a VPN server with up-to-date security and other features.

Now, a purpose-built NAS device may not be the most cost-effective or powerful option for VMs. You can use a Raspberry Pi to run lightweight VMs, for example, and a repurposed PC may be the best option for more demanding virtual machines.