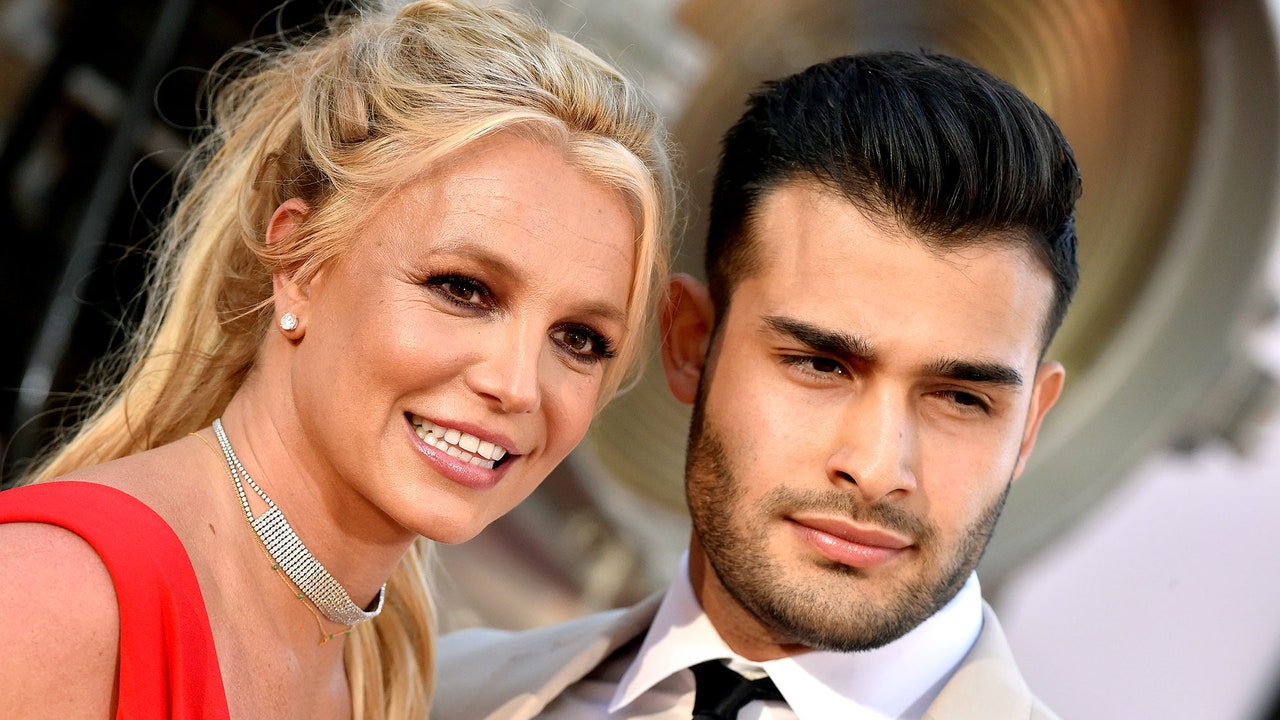 Britney Spears has done it. She tied the knot with longtime boyfriend Sam Asghari, the man who saw her through the end of her conservatorship and who’s remained by her side through her various travels since. The decor? Gorgeous. The guest list? Star-studded. The crasher? Jason Alexander (not that Jason Alexander).

Despite what it seemed like at first glance when reading the headlines, George Costanza did not crash Britney Spears’s wedding (what’s the deal with George crashing Britney Spears’s wedding, etc.). This Jason Alexander, the one who tried to livestream himself attempting to get into the wedding before Spears’s security stopped him, is an old friend from Louisiana whom she married in Vegas in the early 2000s. Technically, he’s her first husband, but they had the marriage quickly annulled after 55 hours.

According to TMZ, the man’s been booked for trespassing, vandalism, and battery, as there was allegedly a physical altercation between Alexander and the security team. Mathew Rosengart, Spears’s attorney, released a statement saying he’s “absolutely livid.”

“[Alexander] was detained, handcuffed, and, I’m pleased to report, arrested. Fortunately, Britney is safe,” Rosengart said. “I’m livid by this security breach and am working closely with law enforcement to ensure he is aggressively prosecuted to the fullest extent of the law.”

But don’t let not-George Costanza rain on the revelry. The ceremony took place at the couple’s Thousand Oaks home in L.A. The guest list was comprised of a couple folks you may have heard of. In lieu of a first dance, Selena Gomez, Madonna, and the bride danced to “Toxic,” according to Vogue. Then Spears and Paris Hilton sang Hilton’s single “Stars Are Blind.” Spears and Madonna shared a kiss. A horse and carriage was on the premises. Nobody gave her away, per TMZ, and her parents were not present. They drove away in a Rolls-Royce, and millions of fans the world over are sending their best wishes.

Exclusive: Chris Evans Got Real About A "Nerve-Wracking" Fan Experience And How It Led To Him Receiving Protection From "25 To 30" Bodyguards 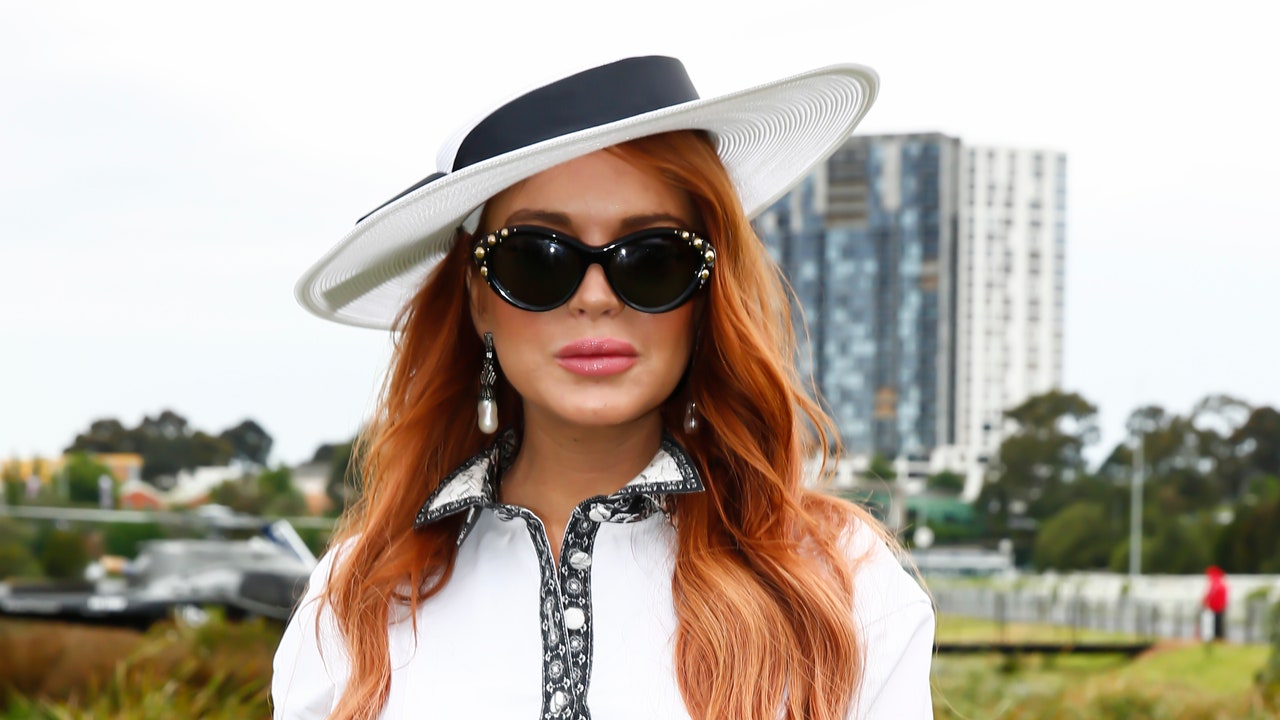 Smash the goblet, throw the rice, buy something off the registry. Congratulations are in order for Lindsay Lohan and Bader Shammas, who are now bonded in holy matrimony.

As per a report in PageSix on Saturday, the couple were married in an intimate ceremony just hours before the Mean Girls star turned 36. The paper confirmed with a representative that “Lindsay Lohan is married.”

Lohan let the cat out of the bag late Friday when she uploaded an image of herself and her love flashing big smiles. In a caption she wrote “I am the luckiest woman in the world. You found me and knew that I wanted to find happiness and grace, all at the same time. I am stunned that you are my husband. My life and my everything.”

Deploying heart emojis, she added “every woman should feel like this everyday.” Lohan’s younger brother Dakota was among the many influencers in the comments offering congrats.

This content can also be viewed on the site it originates from.

Lindsay first showed off her engagement ring in late November last year. At the time she referred to Shammas with the Gertrude Stein-like caption “My love. My life. My family. My future.” The actress met the Kuwait-born financier in Dubai. Though Lohan is keen to tag him in Instagram, his account remains private. The 35-year-old was educated at attended the University of Tampa and University of South Florida, studying mechanical engineering and finance.

In a conversation with Extra in February, Lohan made it clear that her nuptials would be mellow, and she would not be a bridezilla.

“I’m more low-key,” she said. “Even on my birthday, I want to make sure everyone else is good. And then I can be okay. So, I’ll be more like that. I’m looking at destinations. I’ve already started talking to a friend of mine about the dress. But I want to do things right and I want to pace everything.”

That said, she did suggest there would be multiple dresses, as outfit changes are “the best part.”

It’s been a few years since Lohan has appeared in a mainstream film or television show. (Though earlier this year she turned heads in a self-effacing Super Bowl ad co-starring Dennis Rodman, William Shatner and Danny Trejo, and featuring the Tarantino needle-drop “Little Green Bag” by the George Baker Selection.) That may change in a few months however, with a return to rom-coms in Netflix’s hotly anticipated Falling For Christmas.

Exclusive: I'm Genuinely Curious Who You Think Would Play These 19 Celebs In Their Biopics – TalkOfNews.com 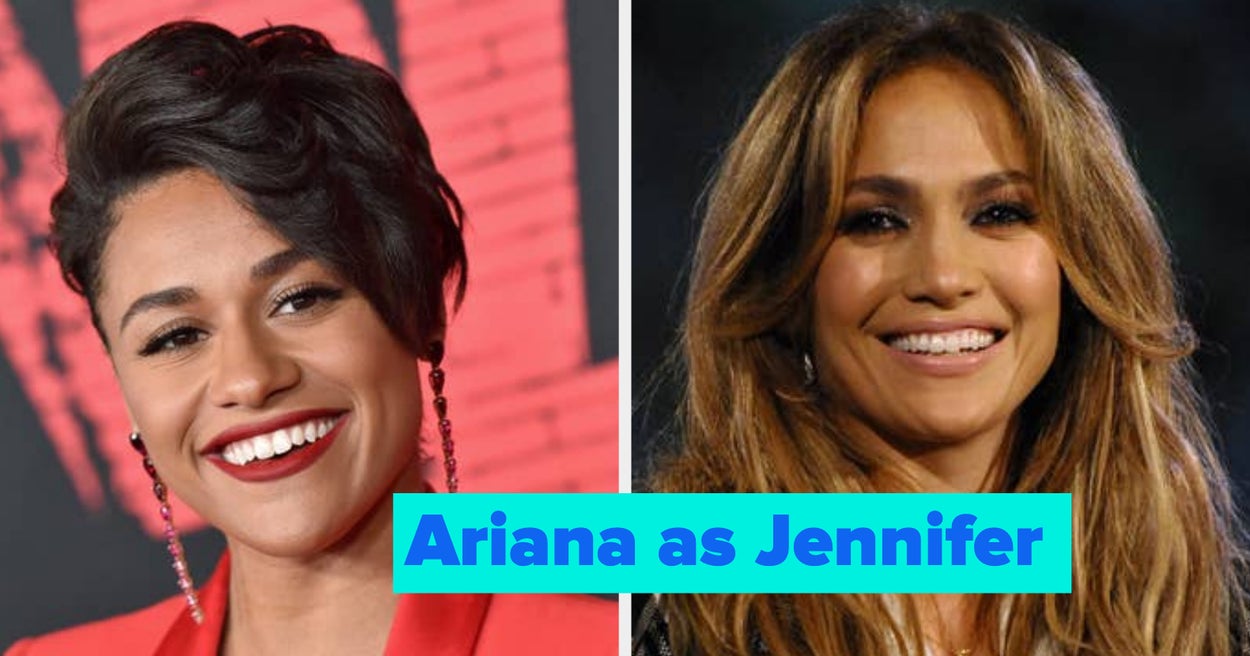 Austin went through an extensive amount of preparation in order to play Elvis, including carrying out voice coaching for a year leading up to shooting, per The Hollywood Reporter. His acting even impressed those who were closest to the legendary performer, like Priscilla Presley, who said that “Austin Butler’s performance as Elvis was mesmerizing” in a May 29 Instagram post.

Robbie Williams has been booked to headline the 2022 AFL Grand Final in September.

The official AFL site confirmed the ‘Let Me Entertain You’ singer will perform in front of thousands of footy fans as the pre-game entertainment.

Williams is set to open the Grand Final at the Melbourne Cricket Ground and will pick his own band for the performance, which will feature Australian musicians.

“I am so excited to be performing for all the fans, on the hallowed turf of the MCG, for the biggest game of the year,” Williams said in a video statement.

“I’m really looking forward to performing with a cast of very talented local Australian musicians and I can’t wait to see you all on that last Saturday in September.

He added: “If it goes well, I might even put my hand up to be the next CEO of the AFL.

Alongside Williams, a number of Australian acts will also be involved in the pre-game entertainment.

“Robbie Williams is considered one of the world’s greatest showmen and to have him perform in the Telstra pre-game entertainment, along a with a cast of Australian acts to be announced shortly, will be the perfect way to open the 2022 Toyota AFL Grand Final,” the League’s manager of commercial and customer Kylie Rogers said.

READ MORE: ‘If Meghan has nothing to hide, she should demand the release of the bullying report’

The British hitmaker was also in Melbourne earlier this year to film his upcoming biopic, Better Man.

Several big-name music acts have headed Down Under to perform in front of crowds of footy fans at the AFL Grand Final over the years.

At the 2021 event, Men At Work’s Colin Hay was the headliner, performing the band’s iconic song ‘Down Under’ via video link.

The 2020 Grand Final included a line-up of Australian performers including the bands Sheppard and Cub Sport.

Some of the biggest international acts to grace the AFL stage includes Ed Sheeran in 2014, Meat Loaf in 2011 and The Killers, who headlined in 2017.