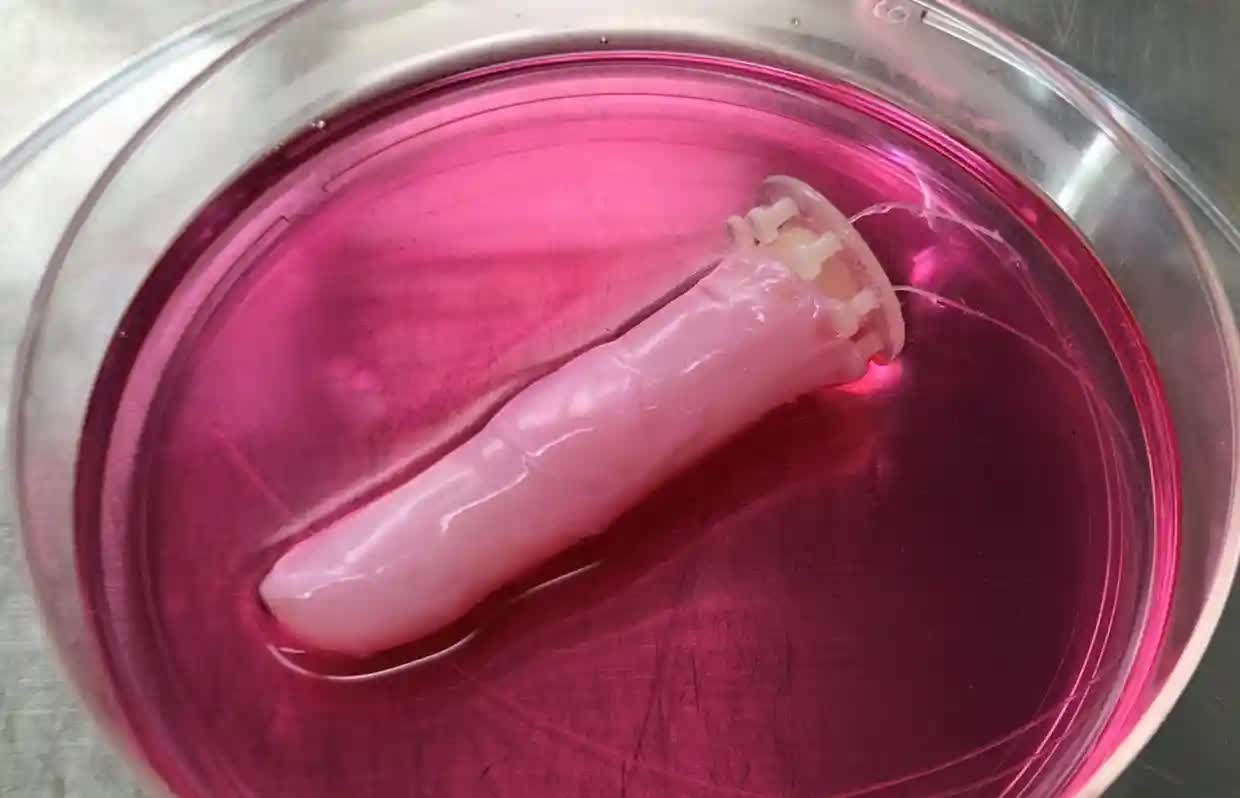 WTF?! Japanese scientists who have presumably never seen any of the Terminator movies have found a way to wrap living skin around a robotic finger to make it feel worryingly real and “slightly sweaty,” a move they say brings humanity one step closer to human-like robots who will definitely not wipe us all out.

The University of Tokyo team published a paper on the project in the journal Matter. It explains how a robotic finger was first submerged in a cylinder filled with a solution of collagen and human dermal fibroblasts, found in the skin’s connective tissue. This provides a layer for the human epidermal keratinocytes to stick to—a primary cell type of the epidermis that also produces keratin, which binds the skin cells together, making the epidermis a waterproof barrier.

In addition to looking and feeling eerily similar to a human finger, the scientists found the skin could even heal itself after being cut, though it did require help from a band-aid-like sheet of collagen.

Will this sweaty, human-like finger have applications beyond enabling skin-covered robots…?

“The finger looks slightly sweaty straight out of the culture medium,” said University of Tokyo professor Shoji Takeuchi. “Since the finger is driven by an electric motor, it is also interesting to hear the clicking sounds of the motor in harmony with a finger that looks just like a real one.”

There is still work to be done before the skin can precisely mimic a human’s. It’s not as strong as human skin, and the lack of a circulatory system providing water and nutrients means it must be kept moist. The team hopes to address this by adding channels beneath the dermis that do the same job as blood vessels. Artificial sweat glands, sensory neurons, hair follicles, and nails are also future additions that will enhance the realism.

You might be wondering why we should be creating such human-like robots that bring on the uncanny valley effect and fears of machine uprisings. But as Takeuchi explains it, “I think living skin is the ultimate solution to give robots the look and touch of living creatures since it is exactly the same material that covers animal bodies.” He said this will help “build a new relationship between humans and robots.”

The scientists are also working on a skin-covered robot face, which hopefully won’t speak in a thick Austrian accent. 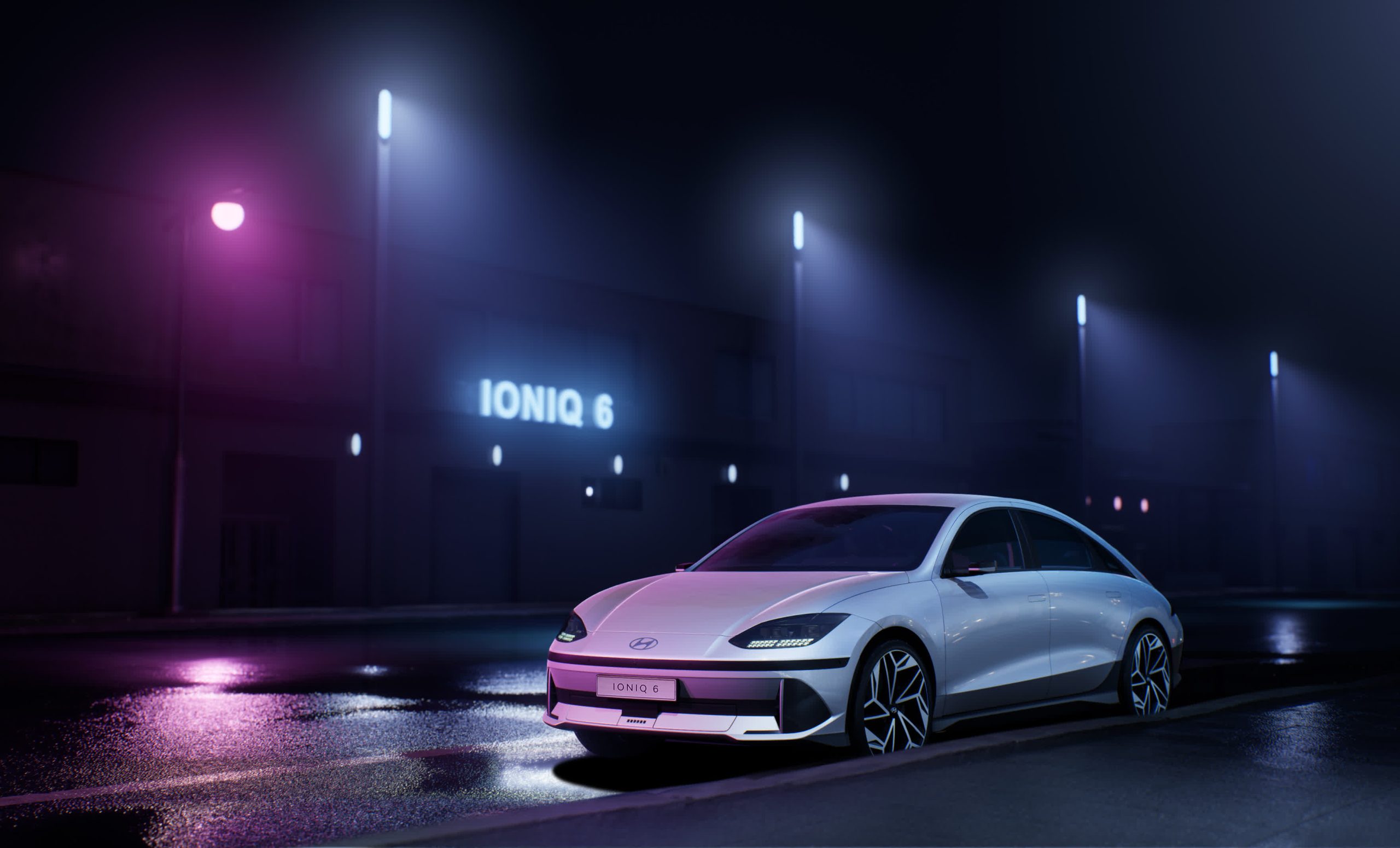 Forward-looking: Hyundai is slowly climbing in EV market share in the US and Europe, and it has grand ambitions to capture seven percent of the global EV market by 2030. While a full reveal is scheduled for next month, the South Korean automaker is already teasing everyone with a first look at the much-awaited Ioniq 6 all-electric sedan.

Not too long ago, Hyundai was in talks with Apple to build an electric car. The South Korean automaker seemed interested in lending its expertise to the Cupertino giant, which had long been rumored to be working on a self-driving car. However, those discussions quickly fell apart as Apple executives were worried about information leaks. Similarly, Hyundai executives remained divided on whether or not they saw Apple as a great fit for a potential partnership.

Earlier this year, Hyundai stopped research and development on combustion engines, adding to a growing list of companies committed to going all-electric in the coming years. During its 2022 CEO Investor Day forum, the Hyundai Motor Group presented its bold electrification roadmap through 2030 that includes no less than 17 new battery-powered electric vehicles.

Today, Hyundai offered the first look at its upcoming all-electric sedan, the Ioniq 6. It looks a lot like the Prophecy concept EV it showcased back in 2020, and as noted by Top Gear, it seems to be inspired by classic, streamlined designs from the 1920s and 1930s, such as the Stout Scarab or the Tatra 87.

Details are scarce now, as Hyundai wants to make a full reveal on July 14. Still, the company did tease an ultra-low drag coefficient of just 0.21, which is among the lowest you can get with most cars on the market today. That’s thanks to the streamlined design with a low nose and active air flaps, among other things.

The Ioniq 6 shares the same E-GMP platform as the Ioniq 5 crossover, which is rated for up to 315 miles on a single charge, and since the Ioniq 5 is a smaller, low-drag car, it will not only be cheaper but might also offer more range.

The cocoon-shaped interior features sustainable materials, and a couple of touchscreens give it a futuristic look. However, Hyundai design chief Sangyup Lee told Ars Technica the company opted for physical buttons for things like audio and climate controls.

“The touchscreen is great when this car is [in] stationary condition, but when you’re moving, touchscreens can be dangerous. So we always think about the right balance, user experience, and the buttons and the combination with the voice activation together. In the future, obviously, voice activation is going to play the major role versus touchscreen, but this is still in transition. For us, anything that relates to the safety, we use hardware. Anything not related to safety will use a touch interface.”

Production of the Ioniq 6 is expected to start next month in South Korea. In the meantime, Hyundai is also spending $10 billion to accelerate electrification and autonomous vehicle development in the US, $5.5 billion of which will go towards building a battery manufacturing facility in Georgia.

Substack is the latest tech company to announce layoffs, with the company’s CEO Chris Best tweeting on Wednesday that he’s letting 13 workers go. According to Axios, that’s around 14 percent of Substack’s workforce. In his letter and follow-up tweets, Best cites “market conditions” as the reason behind the layoffs.

He also admits that the move may be a surprise to some employees. “Not so long ago, I told you all that our plan was to grow the team and not do layoffs,” he says, also noting that the company is “still hiring for specific key roles” and has money saved. However, Best says that the company needs to change tactics, as it could be facing “an extended period” where the economy goes from bad to worse. He says that the layoffs are one of several changes the company has made to make sure it’s in “a strong financial position.”

The people we’re saying goodbye to today are all talented, great people who care deeply about helping readers and writers. It hurts to let them go. We’ll miss them.

According to The New York Times, some of the employees laid off were involved in human resources and writer support. The report also says that Substack recently halted efforts to secure funding from investors, but that its revenue is still growing.

In April, Substack faced a minor controversy around its hiring efforts when its vice president of communications tweeted a hiring link while noting a specific type of employee she said the company didn’t want. “If you’re a Twitter employee who’s considering resigning because you’re worried about Elon Musk pushing for less regulated speech… please do not come work here,” she said. The company has historically said that it places a lot of importance on free speech.

Substack is far from the only company laying off a significant percentage of its workers in the past month or two. Companies like Tesla, Netflix, Klarna, Better.com, and Cameo have all cut jobs, as have several large crypto firms. 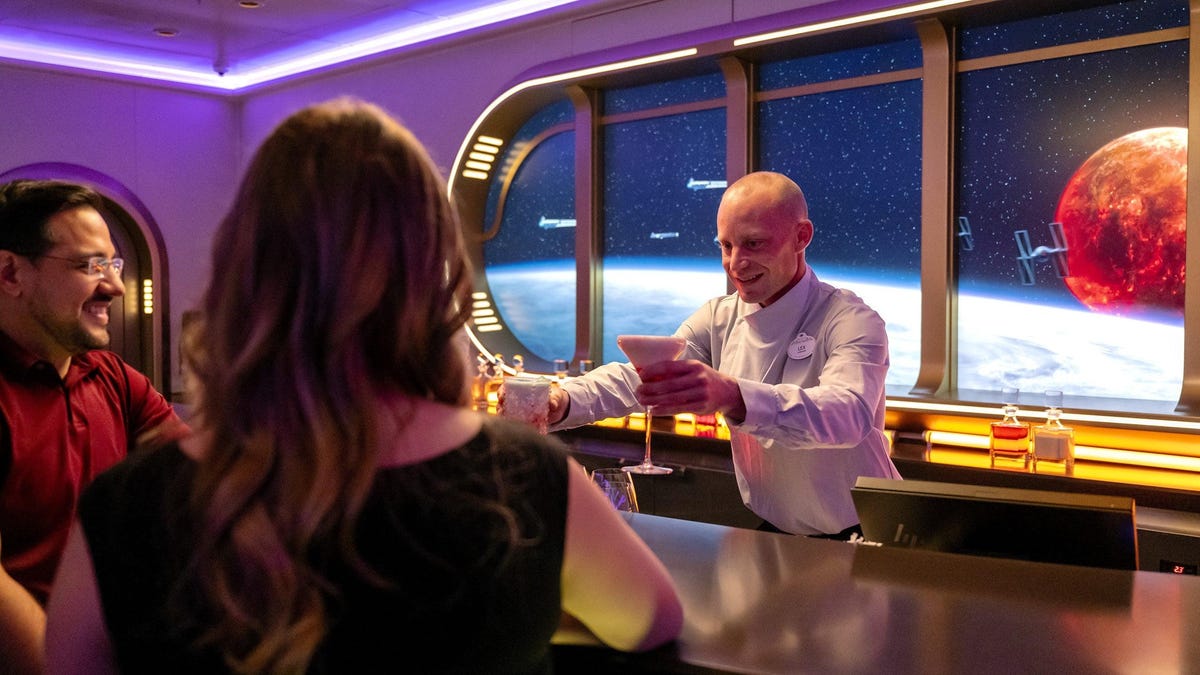 Yes, you read that headline correctly: a $5,ooo drink. It comes served in a camtono, the bounty hunter accessory container most recently featured on The Mandalorian and The Book of Boba Fett—which you can find it on Ebay for far less. So why is this drink, served only on the Disney Cruise Line’s newest ship, the Wish, so special?

Camtono aside, that’s still a mystery—as are the ingredients in the drink, dubbed “the Kaiburr Crystal,” which, again, goes for $5,000 and can only be ordered if you already happen to be sailing aboard the Wish. Star Wars fans with money to burn in this economy can take a taste of what one could assume to be rejuvenating Grogu blood for that price tag. No wonder Moff Gideon was on a mission. (Also: what an interesting Disney+ afterlife for the retrofitted ice-cream maker used for a moment in The Empire Strikes Back.)

Travelers aboard the Disney Wish can visit the Hyperspace Lounge, where the rest of the drinks are regular expensive; from the looks of the media preview, it’s like a Galactic Starcruiser-lite experience that just so happens to have a drink the price of an entire trip to a galaxy far, far, away. We can’t get over how unhinged the drink concept is on top of the cost of the cruise. The commodification of Star Wars here is truly astonishing and out of touch for the beloved stories it represents.

All Grogu blood jokes aside, as of the publishing of this story it remains unknown what type of top-shelf liquor comes included in a Kaiburr Crystal. The only one we think it can potentially be is the Remy Martin Louis XIII cognac (priced at $4,299.99), but it better come with the whole bottle and include a take-home camtono for whoever has those kind of galactic credits.

Exclusive: R. Kelly Has Been Sentenced to 30 Years – TalkOfNews.com