After waiting more than 2 months, the world is finally embracing the brilliance of Peaky Blinders Season 6 on Netflix. The story of a small gang from Birmingham took the world by storm. It was indeed a privilege to witness the entirety of this show. However, like every other good thing, this also was bound to meet its end. And of all the things that we will miss about the show, Cillian Murphy is sure to be on the top of the list.

However, as revealed by multiple sources and people associated with the project; there will be a Peaky Blinders movie sometime in the future. Thus, there is still hope for us to see Murphy bring the iconic gangster/businessman back to life on the big screen. The actor himself opened up about the possibilities recently, and here is what he had to say.

“I’ll be there,” says Cillian Murphy for the Peaky Blinders movie

There is a lot of guessing game that is going on about the Peaky Blinders movie. Steven Knight has at least promised us that there will be Cillian Murphy whenever the movie is made. However, apart from it being a “very specific” and “true” Second World War story, not much is known about the film. And the same was seen when Cillian Murphy recently sat down for an interview with Deadline.

In that interview, the Oppenheimer actor revealed that he knows nothing about the script of the movie so far. “Genuinely nothing and I’d be as excited as anybody to read a script,” Murphy said. “But I think it’s good for everyone to have a little break. That’s always a healthy thing and then we can regroup.” The actor also talked about how Steven Knight is a busy writer. However, his love for Peaky Blinders needs no explanation. So, “when the time comes, if there’s more story to be told, I’ll be there,“ Murphy said.

ALSO READ: Peaky Blinders Movie Cast: Who All From the Original Ensemble Will Be Seen in the Film?

The Irish actor has always been vocal about how proud he is of the work they put on with Peaky Blinders. Therefore, we would be nothing but blessed to see him don the Tommy Shelby suit for one last time and smoke those famous cigarettes.

Exclusive: Lucifer season 5 part 2 release date and everything we know so far

Exclusive: “It makes no sense…” Fans Talk About the Complicated Relationship They Have With ‘The Umbrella Academy’ – TalkOfNews.com

The Umbrella Academy is undoubtedly the wackiest drama out there. The creators have thrown in sibling rivalry, sexual transformations, and multiple timelines in one storyline. It’s not the kind of show where you put on the episode and do your laundry and catch up on it as soon as you’re done. Despite that, the weirdness and the superhero elements make it all the more fun and engaging. Too many have taken to Twitter to express the strange relationship they share with the Steve Blackman show.

Apparently The Umbrella Academy season 3 is the most confusing season of all time. It’s even more confusing than Diego’s confused face when Five spouts scientific jargon.

the umbrella academy never ceases to confuse me man

Nah, you just didn’t understand the plot, there was a plot. It’s umbrella academy, it’s supposed to confuse you

This season our Umbrellas find themselves in a separate timeline instead of their own where they never existed. Sir Reginald Hargreeves never adopted the Umbrellas. Instead in their place now exists the Sparrow Academy. Both the group of siblings clashes to win over their father’s love while Reginald continues to set his plan in action. Meanwhile, Allison has a psychotic break and becomes the villain this season. She joins hands with Reginald to bring back Claire and Ray.

On the other hand, Five is still determined to prevent doomsday. But his older self warns him not against it. Additionally, the viewers learn that he’s one of the founding members of the Temps Commission. And Klaus learns he can resuscitate himself from death. Luther dies, and Viktor goes through a transition and loses Harlan. The finale stripped the superheroes of their powers as they stepped into a new timeline. Sir Reginald reprogrammes the universe to bring back his wife, Abigail and Claire, and Ray.

We are keeping our fingers crossed and hoping Netflix picks it up for another season. Another season is definitely needed at this point to answer the myriad questions that the finale left us with. Top of our list is, how are they going to cope with their loss of power? And what is Reginald Hargreeves’ real plan?

Did you also feel the same about this season?

ALSO READ: “Sorry to my Koreans”: The Umbrella Academy Star Justin H Min Apologizes to His Fellow Koreans, Here’s Why

The post “It makes no sense…” Fans Talk About the Complicated Relationship They Have With ‘The Umbrella Academy’ appeared first on Netflix Junkie. 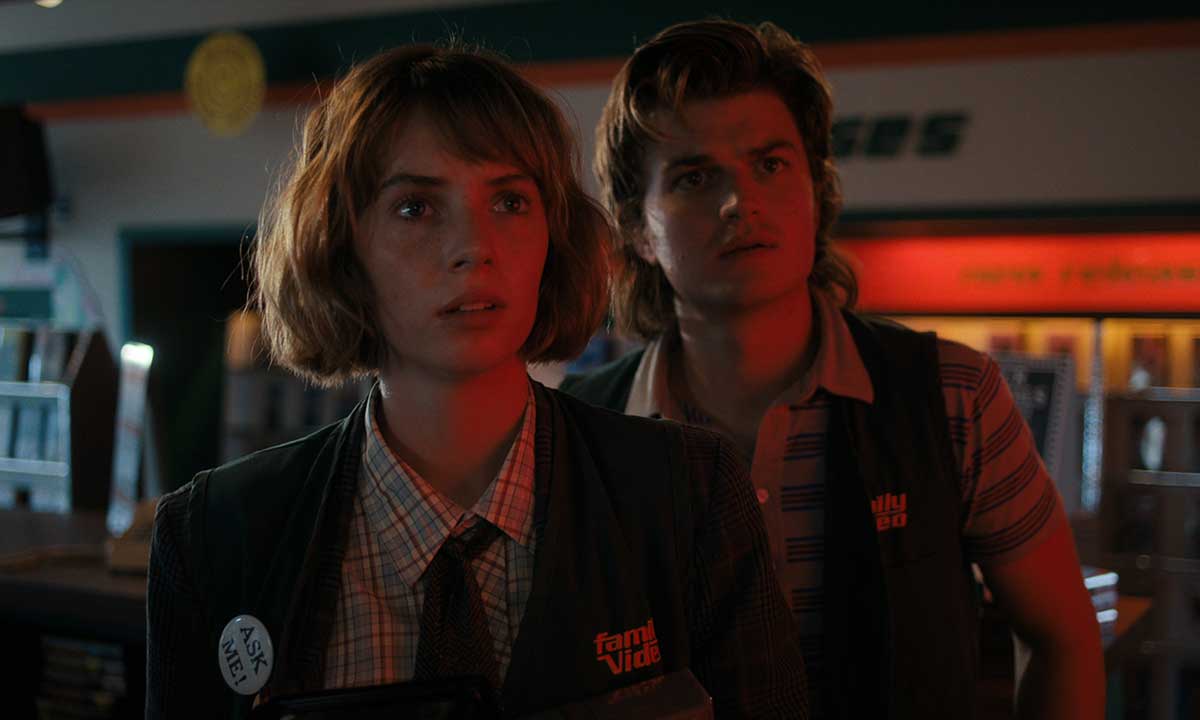 The terror has finally come home! The most awaited chapters of Stranger Things have finally been released on Netflix. This ground-shaking season has made fans wait for three long years as they longed to see a glimpse of their favorite characters. Although every revolutionary story takes time to enter the grounds. And shooting this enormous showdown between Eleven and Vecna has exhausted the creators also. Whereas this news might be upsetting for the fans that the revelations of Volume 2 do not end here. As stated by Discussing Film on Twitter the Duffer Brothers have made some additions to season 4 volume 2. Certainly, there is more to it check out the whole information below.

A Twitter post that came out on July 1, 2022, has shaken the world of fans and made them leave their Netflix seats. The post had alarming information about volume 2 which left people helpless. Here is what the tweet said:

“The Duffer Brothers say they finished around 20 VFX shots on #StrangerThings4 Episode 9 yesterday morning and uploaded them to Netflix’s server.”

Discussing Film added that if fans watch both episodes right away they won’t get the whole taste of the action. Because the creators have edited scenes in the final episode. So fans should sit patiently and wait for the complete version to come up on Netflix.

A message for fans who are disheartened by this shocking news

Meanwhile, fans still have episode 8 to fuel their excitement for the upcoming end. And if viewers have waited for 3 years they can certainly pull up a few more hours. We believe every bit of volume 2 will fill you with ecstasy, madness, terror, and satisfaction too. Like, the cast members and Duffer Brothers said the monster is invading the land of Hawkins. So you better prepare yourself for that and stock your stash of snacks and drinks. If you don’t wanna miss a single flick of the exploding Stranger Things season 4 volume 2.

Therefore, we would once more suggest fans keep their calm and have faith in the creators. Because Duffer Brothers are well aware of how devoted their viewers are and they didn’t want them to feel disappointed. Until then stick to Netflix and keep watching your favorite shows streaming right now.

Exclusive: What I Want in the iPhone 14: New Design Tweaks, USB-C and MorI – CNET – TalkOfNews.com

Exclusive: “It makes no sense…” Fans Talk About the Complicated Relationship They Have With ‘The Umbrella Academy’ – TalkOfNews.com