Exclusive: A Spanish Grandfather, a Trinidadian Grandmother, and a Neighborhood Full of 37 Cousins, Cardi B Spills the Tea on Her Family’s Heritage

Exclusive: Who Is the ‘Girl in the Picture’ and What Is the Nightmarish Mystery in the Netflix True-Crime Documentary – TalkOfNews.com

One of the most popular content out of all the Netflix Originals is its true-crime documentary series. That’s probably why the streaming service has a new one releasing at least once every month. And to be honest, they are actually great. All of the docu-series are made in an extremely well-structured way with hard real-life evidence to support every claim. And now, for the month of July, Netflix has another great series, Girl in The Picture, for its viewers.

The movie is a mystery spanning over three long decades and makes up for a pretty compelling watch. Let us take a look at what the documentary film is about.

What is Girl in The Picture about?

Girl in the Picture is the latest jaw-dropping documentary to arrive on Netflix’s global streaming platform this summer.

Girl in the Picture investigates Sharon Marshall’s true identity. The documentary will uncover unsettling new layers to the crime, beginning with a lady dying on the side of the road, leaving behind a son, a guy claiming to be her husband, and an odd turn in the case.

Franklin Floyd, as previously stated, was a fugitive for nearly a decade. He had a history of violence, and according to the trailer, he stole at least one bank.

Sharon Marshall, his daughter, was a studious young lady who aspired to be an aerospace engineer and attend Georgia Tech, but suddenly she became pregnant, and everything changed rapidly. The documentary will go into detail about the entire story.

Skye Borgman, the director of Netflix’s true-crime successes Abducted in Plain Sight and Dead Asleep, helmed Girl in the Picture.

When is the documentary releasing on Netflix?

Girl in the Picture will be available on Netflix globally on Wednesday, July 6.

True-crime fans will be able to see the complete documentary film on the streaming platform beginning at 3 a.m. ET/8 a.m. BST.

For those who want more of the thrilling case, there is a podcast accompanying the film. The film’s five-part podcast, similarly named Girl in the Picture, is part of the You Can’t Make This Up podcast series.

You can listen to the product on any of your preferred streaming services.

Will you be streaming the documentary on July 6? Feel free to share your answers with us in the comments.

The post Who Is the ‘Girl in the Picture’ and What Is the Nightmarish Mystery in the Netflix True-Crime Documentary appeared first on Netflix Junkie.

Exclusive: 7 Tweets to Get You Interested in William Shatner’s ‘The Unxplained’ Streaming on Netflix – TalkOfNews.com 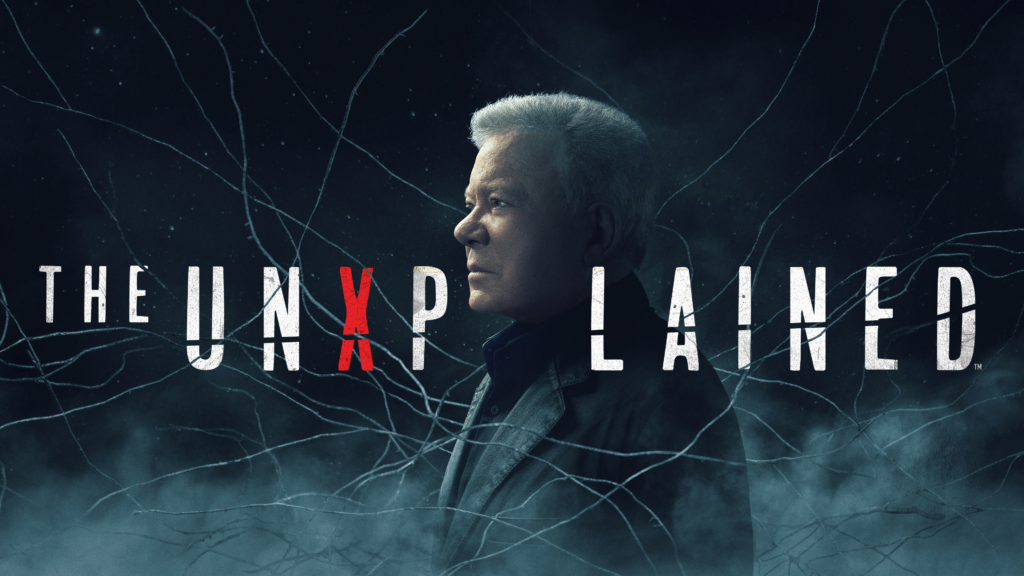 Deadly creatures, sinister demons, bizarre phenomena, haunted forests, and much more. Only one thing behind all this: curious scientists and their game-changing experiments. Sure, this reminds you of the popular Netflix drama Stranger Things. Sadly, it is just a memory for now. With its season 4 finale, we are struggling back to fit into our normal routine because, well; we have nothing as good to watch and we don’t want to lose the dark vibe of the Netflix Original just yet. But waiting for season 5 won’t be a long stretch? Now, what if we told you Netflix has one more of such gore dramas to keep you sane? William Shatner’s The UnXplained on Netflix will satisfy all your cravings to watch dramas in this genre.

And for your satisfaction, it isn’t just us asking you to binge-watch this sci-fi drama, but fans on Twitter have also showered as much love to The Unxplained. Here are a few tweets we combed down just for you. Be alert though, these posts might make you leave everything and binge-watch this Stranger Things-like show in one go.

Tweets that will make you binge-watch The UnXplained on Netflix

Originally aired on the History channel back in 2019, the first season of The UnXplained recently landed on the platform of Netflix and has rocketed directly into streamer’s top-10 charts. If this isn’t enough hint for you, don’t worry, these 7 tweets, presented only for you, will change your mind.

#1 Interestingly, Krishna’s butterfly as mentioned in this tweet may have godly powers

It has been sitting on a 45-degree slope in Mahabalipuram for over 1,300 years
The 20ft rock appears to defy gravity, looking like it's going to roll at any moment and all attempts to move it have been in vain pic.twitter.com/KdsQ8PI4Km

#2 Secondly, the fan found the series just dope!! Shatner talks about this mysterious river that apparently gets lost in the heavens.

#3 Does ancient civilization intrigue you? Seems like The UnXplained has the answers to all.

Her skin was still soft, and her arms and legs could flex at the joints, and remains to this day, the most preserved mummy. pic.twitter.com/NAI8a2nY5U

#4 The series also talks about a castle in USA that makes low humming sounds all by itself. Scary right?

This humming is what the residents of Taos in New Mexico hear – all the time. They hear a distinct humming sound like an engine in the distance.
The disturbing thing is at least 3 people have committed suicide because they could not bear listening to it anymore.

Several hundred pine trees grew with almost 90 degrees bend at their base. Some believe a winter storm might have given this forest this interesting shape. pic.twitter.com/DqKcb2chF8

#6 This balancing rock in Madhya Pradesh, India, will surely blow off all your knowledge about science

This rock is balanced on other rock with hardly 10 inches of contact. The Balancing Rock is the example of the eroded volcanic rock formations. It is amazingly that the Balancing Rock survived even in earthquake of magnitude 6.5. pic.twitter.com/RqioWTH8T2

#7 At last, Mexico’s silent zone where you couldn’t even hear your friend’s voice. It truly is sinister!!

….. and the missile fell into this radio silence zone. The area was contaminated and the locals still complain that when two people people speak at a distance you cannot hear anything.

We are sure that you are now convinced enough to binge on The UnXplained only on Netflix. However, if you are still in doubt, let us tell you that the series investigates the truths behind some of the most intriguing, bizarre, and puzzling mysteries in history. The Unxplained is now streaming on Netflix. Once you are done watching the show, let us know your opinions about it in the comment section below.

The post 7 Tweets to Get You Interested in William Shatner’s ‘The Unxplained’ Streaming on Netflix appeared first on Netflix Junkie.

Netflix’s amazing anime lineup for the second half of 2022 will soon be here. And it looks like the amazing new animes that Netflix has in store for its fans will begin with the release of Cyberpunk: Edgerunners. The project has been in development for ages, and now the streaming giant has released the opening for the show.

All anime fans know how important openings are. They more than often contain glimpses of what we could see in the show and/or episode. So audiences instantly got to work and started finding clues in the opening as soon as they saw it.

Let us see what the fans have found.

Fans spot details in the Cyberpunk: Edgerunners opening by Netflix

The opening title animation for Cyberpunk: Edgerunners, rooted in the universe of Cyberpunk 2077, has been announced by Netflix.

The first episode of Cyberpunk: Edgerunners was shown on Sunday at the Studio Trigger 10th Anniversary & Announcement panel at Anime Expo 2022. Unfortunately, the rest of us will have to wait to witness that.

But those who were not fortunate enough to watch the episode satisfied their hunger for the show by watching the opening. And while watching, they decoded multiple details from it.

Some of them are.

A common point of appraisal among the fans seems to be the retro animation style which resembles that of Naruto. And also, fans completely love the song which is This Fire by the 2001 rock band Franz Ferdinand.

It’s worth noticing that the emphasis here is on the titles, with a large credit sequence. However, this is a lot of art, although at frantic speeds.

The show will comprise ten episodes releasing in a couple of months. The story will revolve around a kid in Night City who aspires to be an Edgerunner.

Maybe more updates regarding the story will arise as we close in on the release, as the trailer did not reveal much. The series still hasn’t a solid release date but is scheduled to drop in the month of September 2022.

As the release date is announced we will surely update everyone. Meanwhile let us know if you guys loved the opening of Cyberpunk: Edgerunners or not.