The advertisement (which has since been taken off the air) was for Layer’r Shot, a male fragrance brand.

In the advertisement, a group of four men appear to be stalking a lone woman in a store. As the woman bends over to put something in her shopping cart, one of the four men in the ad says, “We’re four, there’s one, who takes the shot?”

Only once the seemingly frightened woman turns around is it made clear the four men were talking about the body spray, of which there is only one bottle on the shelf behind her.

One of the men in the advertisement then takes the bottle from the shelf and sprays the fragrance on his neck.

Within 24 hours of the advertisement’s release, outrage erupted on social media and the ad was removed from the air. The Indian Ministry of Information and Broadcasting also asked Twitter and YouTube to remove the advertisement.

Richa Chadda, an Indian actor, shared the advertisement on Twitter, writing that the ad was “not an accident.”

“To make an ad, a brand goes through several layers of decision making,” Chadda wrote. “Creatives, script, agency, client, casting… DOES EVERYONE THINK RAPE IS A JOKE?”

The actor also called for the ad agency to be sued “for the filth they’re serving.”

Shameful and disgusting. How many levels of clearances did it take for this commercial to be green lit. How many people thought this was ok? I’m so glad that it was called out and now the ministry has taken it down. Appalling!

“How many people thought this was ok?” Chopra tweeted. “I’m so glad that it was called out and now the ministry has taken it down. Appalling!”

Others still slammed the advertisement, including Farhan Akhtar, an Indian actor and director, who called the ad “tasteless” and “shameful.”

What incredibly tasteless and twisted minds it must take to think up, approve and create these stinking body spray ‘gang rape’ innuendo ads..!! Shameful.

On Monday, Layer’r Shot released a “Statement of Clarification.” The company claimed they “never intended to hurt anyone’s sentiments or feelings or outrage any woman’s modesty or promote any sort of culture, as wrongly perceived by some.”

“However, we sincerely apologize for the advertisements that consequentially caused rage amongst individuals & several communities and beg their pardon,” the statement continued.

They added that as of June 4 the advertisement will fully cease being broadcasted.

Parents sue son for not giving them a grandchild, claim ‘mental harassment’

As many on social media pointed out, the advertisement came at a particularly terrible time, making it even more insensitive. In May, a 17-year-old was allegedly raped by four men in the southern city of Hyderabad in India. According to reports, when the teen attempted to report the rape, she was allegedly raped again by a police officer.

Swara Bhasker, an Indian actor, drew the parallel in a tweet, claiming companies like Layer’r Shot are “‘cool-ifying’ rape & gangrape.”

According to Statista, the number of reported rapes in India was more than 28,000 in 2020 (though many more are believed to be unreported).

“Although reports of rape have increased in recent years, it was still associated with shame for the victim, rather than the perpetrator,” Statista reported.

If you or someone you know is experiencing abuse or is involved in an abusive situation, please visit the Canadian Resource Centre for Victims of Crime for help. They are also reachable toll-free at 1-877-232-2610. 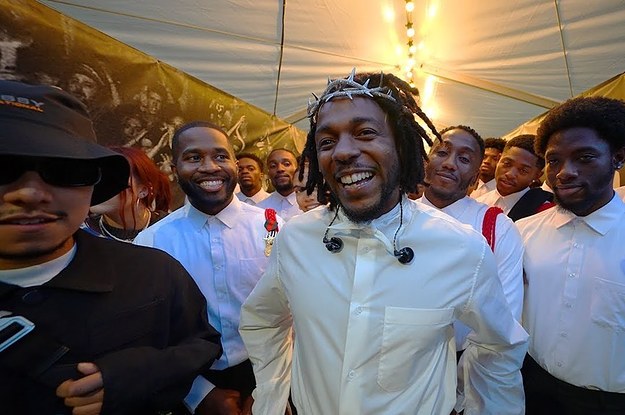 The legendary English broadcaster, biologist, natural historian and author, at age 96, is travelling the globe in the latest BBC Earth landmark series, The Green Planet, to explore Earth’s biodiversity and the secret life of plants.

Filmed in 27 countries over four years, the five-part documentary marks the first time Attenborough has returned to filming the world of plants since his 1995 series, The Private Life of Plants.

The Green Planet even includes stops in Canada, where he takes a closer look at maple trees waking from hibernation and lodgepole pines being attacked by mountain pine beetles.

Attenborough shared his thoughts on the series with Global News, and outlined some of the most astonishing plants featured on the show.

Can you tell us a little bit about filming this brand new BBC Earth series, The Green Planet?

David Attenborough: In a sense, the series itself is slow-growing, like plants. We started [filming] a long time ago, before COVID. And so I was dashing around interesting places, in California and so on, in a way that hasn’t been possible for the last two years. So I appear in all these different parts of the world quite frequently, more than any other [series], for some time.

In your travels on the series, you interacted with lots of plants. Are there any plants that really stuck in your mind?

One of the really great, profoundly moving experiences was to go to the giant sequoias in California, these enormous trees. It’s not an accident that there’s a cathedral-like feeling when you go amongst them. They are immense things, some of the tallest ones are enormous. But what this program did was to use another of the inventions that you might think had very little to do with plants, technical inventions, that changed natural history photography in the past 10-20 years — drones. When you see the final sequence in the programs and [the camera] suddenly rises above the tree tops. and you see these giants. It’s a marvellous sequence.

I heard you had a very scary encounter with a cactus during filming, didn’t you?

Yes! The cholla really is a physical danger. There are very dense spines in rosettes, so they point in all directions. And if you just brush against it, the spines are like spicules of glass, I mean they are that sharp and they go into you and you really have trouble getting them out! So that is a really dangerous plant.

Summer weather 2022: What can Canadians expect this year?

Can you talk to us about the water lilies in Pantanal, Brazil?

Water lilies are extremely aggressive. And their battleground is the surface of the lake and the surface of the water, so it’s a very narrow battle. The Giant Water Lily, which produces leaves famously that can hold a small baby, has a bud that comes up loaded with prickles. And it comes up into the surface and starts expanding, with these spikes pushing everything else out of the way. And in the end the lake ends up as just solid Giant Water Lilies butting up against one another, with no room for anything else at all. It’s one of the most empire building aggressive plants there is. Everybody says how wonderful it is, but nobody says how murderous it is.

Anybody who takes a walk probably sees more plants than you see animals, so why do you think people have not been as engaged with plants as they have been with animals?

Because they apparently just sit there being a plant. You could either take them or leave them or you could dig them up, or throw them aside. They don’t react, they don’t resent it, they just die. We don’t engage with plants enough.

This interview has been edited and condensed.

‘The Green Planet’ premieres Wednesday, July 6 at 9 p.m. ET/PT exclusively on BBC Earth, and on the BBC Earth Prime Video channel in Canada. 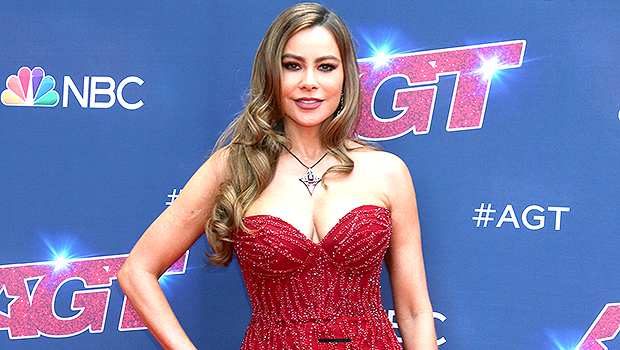 Miss Independent! Sofia Vergara, 49, was simply sizzling as she celebrated the Fourth Of July 2022 at home in new Instagram photos. The Colombian-born beauty looked red hot while rocking a sexy crimson tube top and white pants in honor of the holiday.

It looked like the Modern Family star was making the most of her day at home, where she was joined by son Manolo, 30, and her beloved dog Baguette. Husband Joe Manganiello, 45, appeared to be elsewhere, not seen in any of the photos.

Clearly embracing the spirit of the holiday, Sofia looked patriotic and chic wearing a red tube top with breezy white pants, which were by swimwear brand Vitamin A. The strapless bikini top and low-slung pants worked together perfectly, showing off her flat, tan abs, toned shoulders, and hourglass curves in a mirror selfie. Keeping cool, Sofia accessorized with a 90s-inspired choker before heading outside and popping some sunglasses on.

Stars Over 40 In Bikinis: Photos Of Jennifer Lopez & More

A closeup also offered fans a look at her glowing skin and full glam. The America’s Got Talent judge had her caramel-streaked hair down long and smooth to frame her face. She leaned in to reveal glossy brown lips, shimmering chocolate eyeshadow, and strong eyebrows.

It was time for some fun, so Sofia went outside to play around in the pool. She smiled while soaking in the sun, then later hopped onto an inflatable pool toy for some more fun.

While the Hot Pursuit actress played, her son Manolo was hard at work in the kitchen. Another photo showed him tending to a tray of hand-baked donuts. Looking like a kitchen pro, he donned a flour-dusted apron as he ferried the confections away. It seemed like a sweet family day, with the next shots showing Manolo cuddling up to Sofia’s pet Chihuahua Bagette.

Back in 2014, Sofia talked about what it took for her to get her US citizenship. During an appearance on Jimmy Kimmel Live! she admitted, “It took me a lot of time to get my residence even though I was working here for a long time. But it was fun and I got all my questions perfect.”