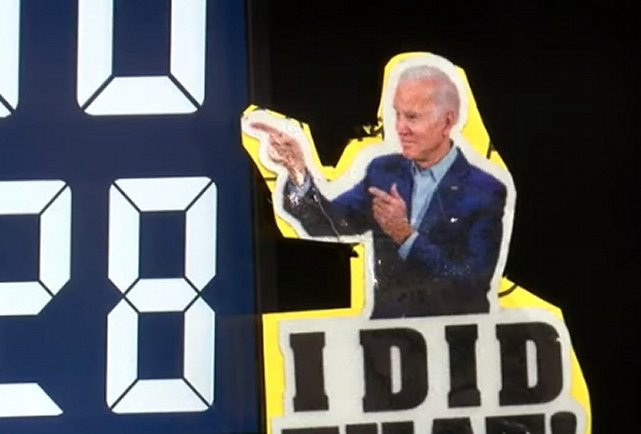 For any politician, the only thing worse than economic pain for the people is people believing the pain is being inflicted intentionally.

And when it comes to gas prices, that is exactly where the Biden administration is right now.

A new poll has found that most people believe the Biden team is letting gas prices rise intentionally in order to get the country off of fossil fuels.

Poll: Most Believe Biden Admin Allowing Gas Prices to Rise to Get Americans off Fossil Fuels

Most voters believe the Biden administration is allowing gas prices to rise to force Americans to use less fossil fuel, a Convention of States Action/Trafalgar Group survey released Friday found.

The survey asked, “Do you believe the Biden Administration is intentionally letting gas prices rise to make Americans use less fossil fuels?”

Most, 53 percent, said “yes,” they believe the Biden administration is allowing it to happen purposely to force Americans to use less fossil fuel. Another 39.6 percent, however, do not believe that is the case, and 7.4 percent are unsure.

Maybe the reason people believe this is because members of the Biden administration keep coming right out and saying it.

To support the transition to electric vehicles, we must build a national charging network that makes finding a charge as easy as filling up at a gas station.

A good reminder that they CHOSE this transition, and the pain is the point. pic.twitter.com/klCfeRztMI

“We’re working through an energy transition…The reality is, we have to take some time to get off of oil and gas, we recognize this. This is a transition.” pic.twitter.com/ZOCJIdZCa5

Joe Biden: “When it comes to the gas prices, we’re going through an INCREDIBLE transition” pic.twitter.com/8TGnc7vFa8

You can’t blame people for thinking it’s intentional when members of the Biden administration keep saying it out loud.

Exclusive: Did Prescription Opioids Cause The Overdose Epidemic? 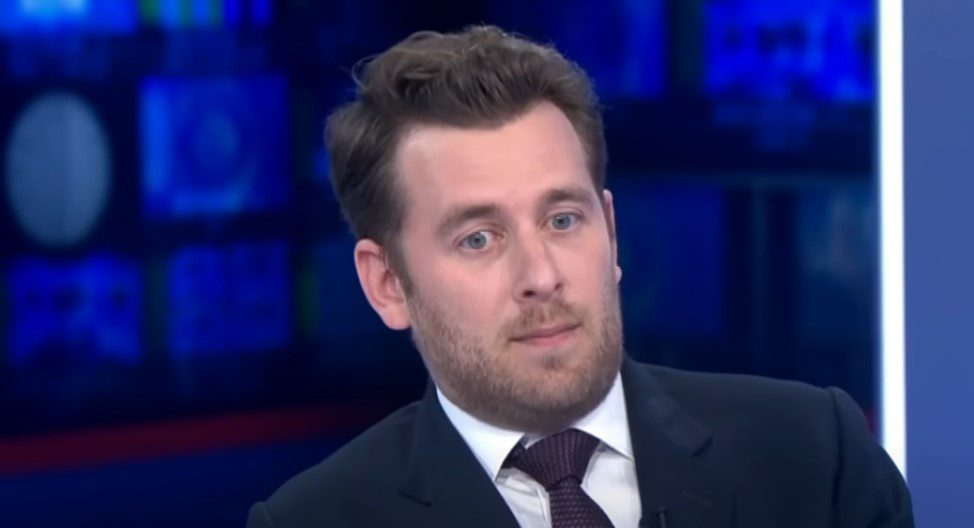 Alex Holder, the director of the documentary film “Unprecedented,” now needs armed guards to protect him.

As the stakes continue to rise with each Select Committee hearing and more and more jaw-dropping evidence of criminality hones in closer to Trump and his family, the danger to all involved increases. There are unhinged people in all segments of society. But the people threatened by these hearings are the same people who gathered up weapons to follow a man who assaulted his own Secret Service agents precisely because he demanded that he lead that armed insurgency. It feels as though violence has been authorized from the top and from the beginning.

We know that the film contains evidence the Committee deems critical. Now, that filmmaker, a man who make a film Trump authorized and then participated in, is in need of protection. According to The Daily Beast:

The documentary filmmaker who filmed with Donald Trump and his family in the months before and after the attack on the Capitol says he now needs armed protection.

Alex Holder, who testified to the House select committee investigating the Jan. 6 insurrection last week, spoke candidly about the risks his disclosures have put him in during a BBC TV interview Wednesday.

When asked if he felt threatened because of the evidence he’s given to the panel, Holder said: “Well, my life changed about a week ago and I now literally have two armed guards outside this studio right now that follow me around everywhere.”

It is only going to get worse until the evidence is out. Many people believe that Cassidy Hutchinson’s testimony was moved up specifically to lessen the threat to her. Now that her testimony is public record, threats won’t stop anything. They could be used as a warning to future witnesses.

The film provides direct evidence of Trump’s activities in the days leading up to January 6th but the fact that Holder needs protection now is also evidence that the Committee is getting very close to the truth and the truth is likely much worse than we guessed.

“According to some, I’m an undercover FBI agent; some think I’m an MI6 spy, and there’s all sorts of conspiracies and threats that are coming through.” https://t.co/nr3XBWZwRS

Jason Miciak believes a day without learning is a day not lived. He is a political writer, features writer, author, and attorney. He is a Canadian-born dual citizen who spent his teen and college years in the Pacific Northwest and has since lived in seven states. He now enjoys life as a single dad of a young girl, writing from the beaches of the Gulf Coast. He loves crafting his flower pots, cooking, while also studying scientific philosophy, religion, and non-math principles behind quantum mechanics and cosmology. Please feel free to contact for speaking engagements or any concerns.

Exclusive: Republicans Might Want to Run on the Truth – TalkOfNews.com

Karl Rove: “The baseless claim that the 2020 election was stolen doesn’t appeal to independents, whose votes in key states are often decisive…”

“A big enough red tide could sweep some of these nominees into office. But if Republicans who don’t rail about election fraud consistently run better than those who do, it would suggest that emphasizing the ‘big steal’ may not be such a great argument for 2024.”

“For any GOP candidate, there’s no easy way to escape weighing in on whether 2020 was stolen. Democrats will force Republicans running for other offices to declare their position on these outlandish and corrosive claims. GOP hopefuls better begin preparing responses now. They should consider starting with the truth.” 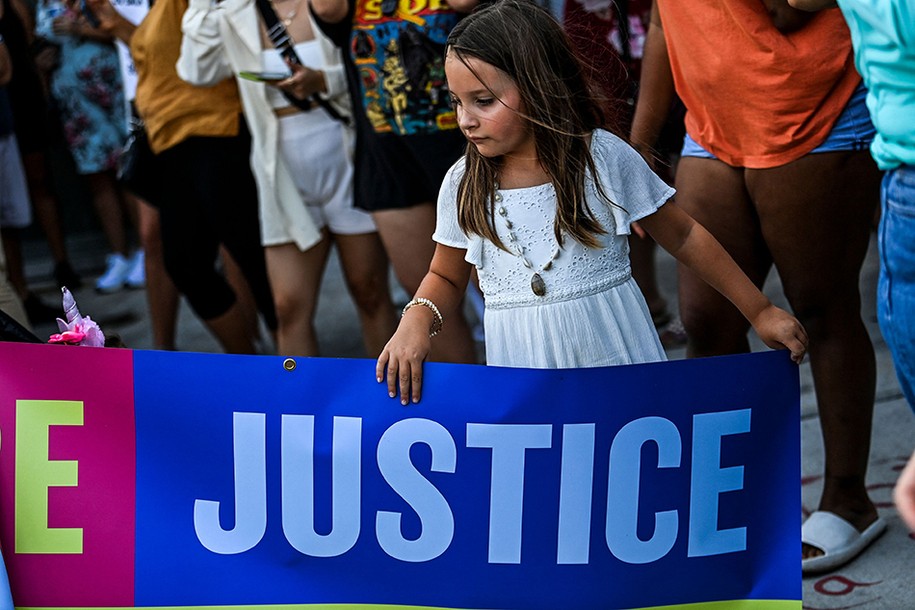 The Leon County Court in Florida has indicated it intends to block a law banning abortions after 15 weeks. Planned Parenthood’s case against the state was heard before Judge John C. Cooper earlier this week. The judge indicated he’d issue a ruling on Thursday and, true to his word, he made his decision. Cooper called HB 5 “unconstitutional,” saying it violates the “fundamental right to privacy,” which is laid out in Florida’s constitution. Per Section 23 of that document: “Every natural person has the right to be let alone and free from governmental intrusion into the person’s private life except as otherwise provided herein. This section shall not be construed to limit the public’s right of access to public records and meetings as provided by law.”

Cooper said the state failed to prove why HB 5 should take effect in the first place and is ready to sign an injunction against it. In the meantime, the law is expected to temporarily take effect. Planned Parenthood said it is seeking to make sure any stays sought by the state don’t go through. For now, this is great news for the organization, which called it “only a first step in fighting this dangerous abortion ban … We are grateful this court recognized that it is an unconstitutional intrusion on our patients’ and providers’ medical decisions,” Stephanie Fraim, president and CEO of Planned Parenthood of Southwest and Central Florida, said in a statement. “Once this ban is blocked, Florida abortion providers will be able to offer patients who decide to have an abortion the care they need here at home. Planned Parenthood of Southwest and Central Florida will continue to stand with all abortion providers and the patients who turn to them.”