Up until now, most of us had assumed that the safest way to keep your devices from getting hacked was to simply switch them off. If your device isn’t powered on, it can’t be hacked, right? Well, a group of researchers have shown that they can still be hacked.

People have always assumed that Apple’s iPhones are some of the most secure devices and that they have the least number of vulnerabilities.

However, a group of researchers from the Secure Mobile Networking Lab at the University of Darmstadt, Germany, have published a paper describing a theoretical method for hacking an iPhone, even when the device is switched off.

According to a blog post by Kaspersky, one of the world’s leading antivirus and internet security service providers, the study conducted by the engineers at the University of Darmstadt examined the operation of the wireless modules in an iPhone and found ways to analyze the Bluetooth firmware.

They were able to consequently introduce a malware program that was capable of running completely independent of iOS, the device’s operating system.

In 2021, Apple announced that the Find My Device service, which is basically used for locating a lost device, would now work even if the device has been switched off. This feature is available in all Apple smartphones starting with the iPhone 11.

Even though this functionality has been a lifesaver for a number of people over the years, there are some pretty serious ways in which it can compromise safety.

Even when switched off, iPhones don’t turn off completely but switch to Low Power Mode, in which only a very limited set of modules are kept alive.

These are primarily the Bluetooth and Ultra WideBand (UWB) wireless modules, as well as NFC, provided there is sufficient power in the battery.

Basically, even when the device is in this Low Power Mode, it sends out information about itself.

The researchers in Germany carried out a detailed analysis of the Find My service in Low Power Mode and discovered some rather strange things.

After the device is powered off, most of the work is handled by the Bluetooth module, which gets reconfigured by a set of iOS commands. It then periodically sends data packets over the air, allowing other devices in its vicinity to know its location.

The main discovery was that the firmware of the Bluetooth module is not encrypted and not protected. The lack of encryption permits analysis of the firmware and a search for vulnerabilities, which can later be used in attacks. The absence of Secure Boot allows an attacker to go further and completely replace the manufacturer’s code with their own, which the Bluetooth module then executes. In this entire process, the device does not need to be turned on even once. 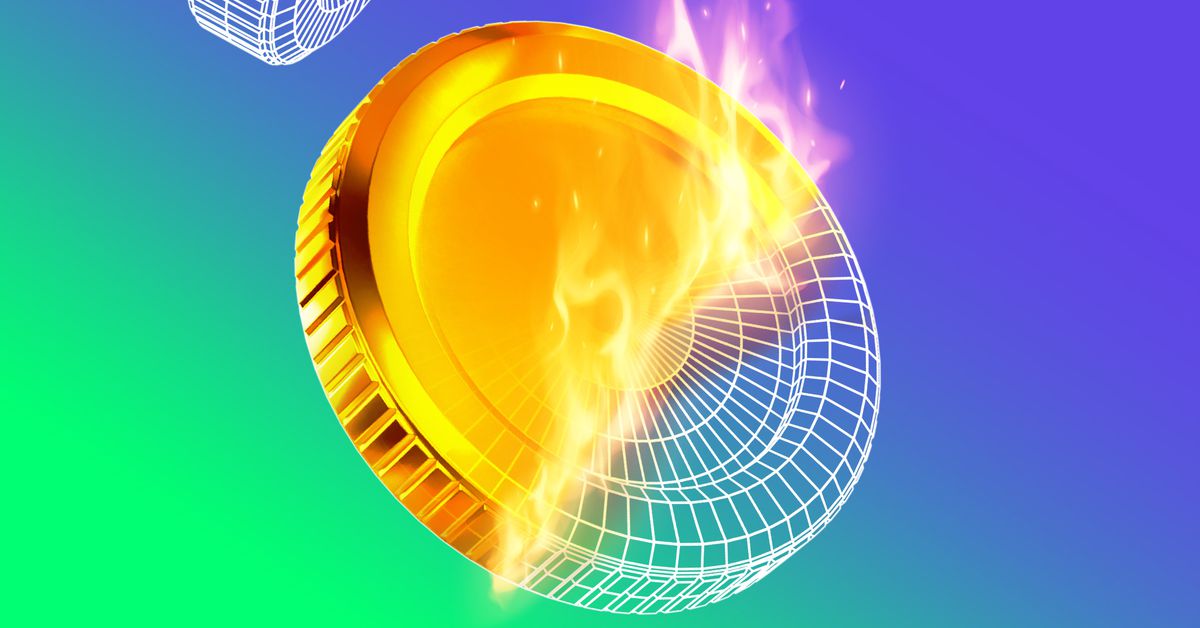 Cryptocurrency hedge fund Three Arrows Capital (3AC) filed for Chapter 15 bankruptcy in a bid to protect its US assets from creditors in the country, as reported earlier by Bloomberg and CNBC. Representatives for the Singapore-based company made the filing in a Southern District New York court on Friday, which legally protects the US assets of insolvent foreign debtors from creditors in the US.

Founded in 2012 by Kyle Davis and Su Zhu, 3AC managed about $10 billion in assets as recently as March, later sinking to $3 billion in April. Like several other crypto firms, including the lending giants Celcius and Babel Finance, 3AC’s turn in fortunes is part of the so-called crypto “winter” that’s brought down stablecoins and sent Bitcoin’s value plunging.

Earlier this week, reports emerged that 3AC failed to pay a $670 million loan provided by crypto broker Voyager Digital, which has since halted all trades, deposits, and withdrawals as a result. Sky News later reported that a court in the British Virgin Islands has ordered 3AC’s liquidation and that the firm is reportedly working with business consulting company Teneo to oversee the process.

In May, Davies and Zhu admitted in an interview with the WSJ that the company lost out on a $200 million investment following the crash of Luna and its sister coin TerraUSD. At the time, the two remained optimistic about the prospects of crypto, telling the WSJ that they’ve “always been crypto believers” and “still are.” 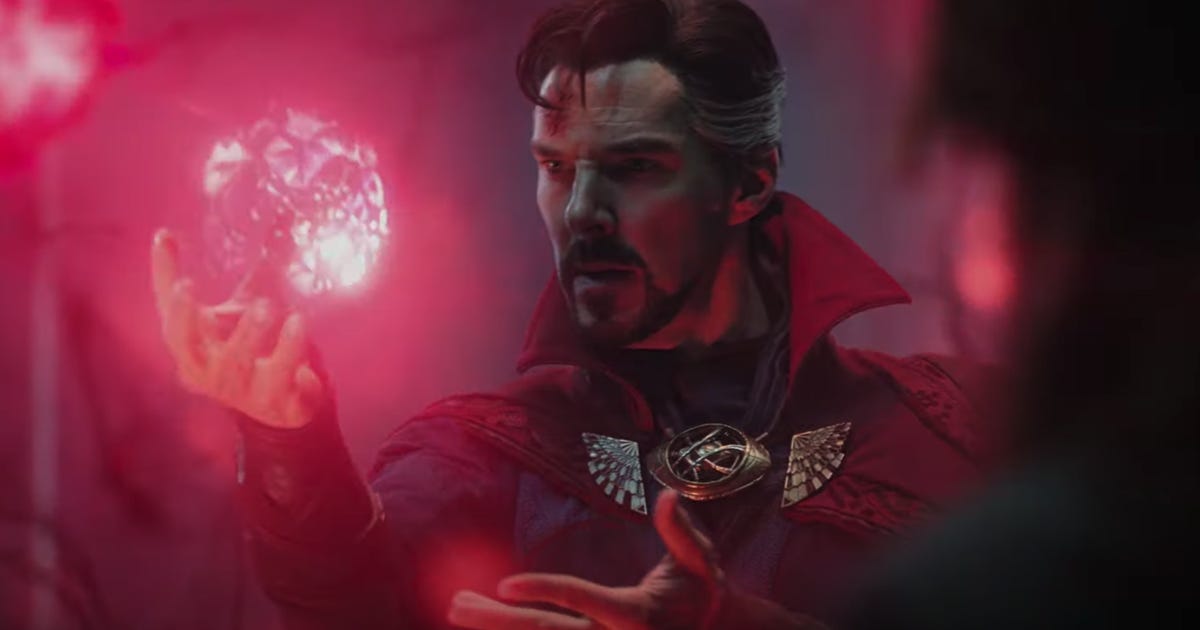 Doctor Strange in the Multiverse of Madness, which became available to stream on Disney Plus last month after landing in theaters in May, sends the Marvel Cinematic Universe‘s charmingly grumpy sorcerer on an adventure that spans multiple realities. The 28th MCU movie brings director Sam Raimi back to Marvel for the first time since 2007’s Spider-Man 3 and leans hard into his signature horror style, with one of the two post-credits scenes riffing on a moment from early in his career.

The movie takes place after the events of Spider-Man: No Way Home, which saw Strange offering Peter Parker some magical help as the teen dealt with the entire world knowing his secret identity.

Let’s step into a portal and explore a universe full of SPOILERS. We also have a separate ending explainer, a deep dive into the Illuminati and a list of WTF questions the movie left us with.

In a mid-credits scene, Strange is happily strolling through Manhattan’s streets, having seemingly accepted the corruption caused by his use of the Darkhold. He’s intercepted by a blonde sorcerer in a purple and pink costume (Charlize Theron). She opens a portal to the Dark Dimension, the hellish reality ruled by 2016 Doctor Strange big bad Dormammu.

“You created an incursion and we’re gonna fix it… unless you’re afraid?” she says.

“Not in the least,” he responds, his Darkhold-induced third eye opening.

What does it mean?

She isn’t named until the credits start rolling after this scene, but Theron’s character is Clea — a Dark Dimension magic wielder who’s been in the comics since the ’60s.

She’s the daughter of Dormammu’s sister Umar and Dark Dimension Prince Orini, and became fascinated by Strange during one of his early adventures in that reality. Their paths have crossed many times in the years since, with Clea becoming Strange’s student and later his wife.

Following the events of 2021’s Death of Doctor Strange miniseries (you can imagine the premise), Clea replaced Strange as Sorcerer Supreme of Earth. Stephen will undoubtedly be resurrected and return to the role soon though, since status quo shifts like this seldom last long in the comics.

You might have been too busy reeling or screaming with joy when Reed Richards (John Krasinski) explained what incursions were earlier in the movie, but they’re catastrophic events that occur when a multiversal reality crashes into another. In the comics, this happened in 2015 event Secret Wars.

Movies Coming in 2022 From Marvel, Netflix, DC and More

It’s unclear how Strange caused an incursion — he jumped through a whole bunch of realities in Multiverse of Madness — or what this means for the MCU, but it could see elements from a different cinematic universe crossing into this one.

Such a crossover already created a dangerous scenario (filled with delightful cameos) in No Way Home, so it’s possible we’ll see characters from Fox’s X-Men reality next. The presence of Professor X (Patrick Stewart) may have been foreshadowing this.

In an alternate reality’s Manhattan, rude street vendor Pizza Poppa (Bruce Campbell) earlier accused America Chavez of stealing his precious dough balls. Strange hit the poor guy with a spell to get him off their backs, and they left him to be attacked by his own hand.

The post-credits scene brings us back to Pizza Poppa just as his meat hook’s campaign of violence ends.

“It’s over!” he says joyously.

What does it mean?

This scene is unlikely to have any MCU-scattering implications, since it’s more of an homage to Campbell and Raimi’s relationship. The pair have been friends since high school, and the actor played hero Ash Williams in Raimi’s 1981 breakout feature The Evil Dead. In that movie’s 1987 sequel, Ash’s hand is bitten by one of the undead, becomes possessed and tries to kill him.

Unlike Pizza Poppa, he tries to solve the problem by severing his hand and replacing it with a chainsaw (which is extremely metal). His former hand stalks him for the rest of the movie.

Campbell also shows up in Raimi’s non-MCU Spider-Man trilogy, seemingly playing three different characters. He was a wrestling announcer in the first movie, a snooty usher in the sequel and a French maître d’ in the third. If the scrapped Spider-Man 4 had come to fruition, the actor could have played Mysterio, Raimi confirmed to Rolling Stone. 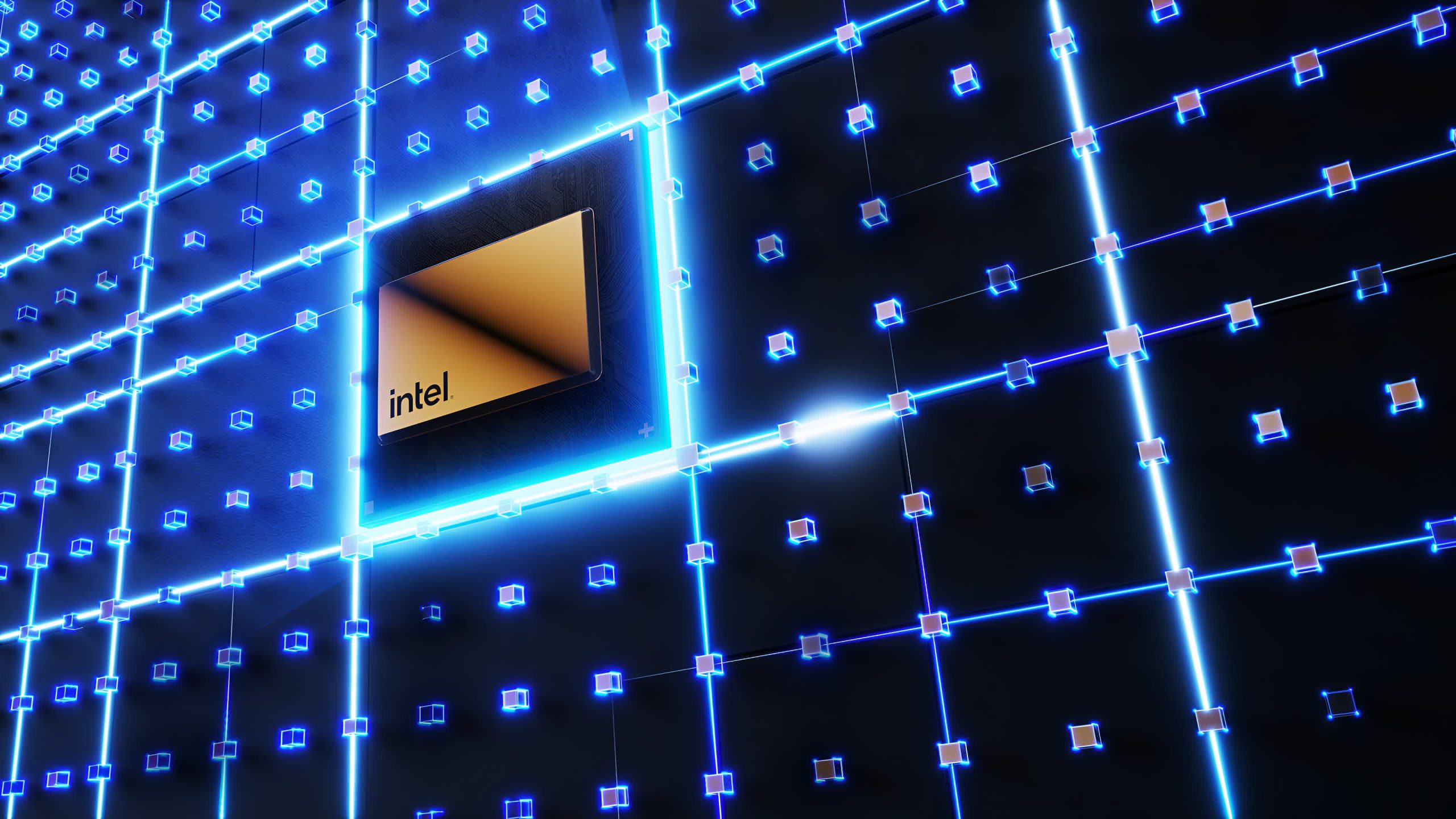 In a nutshell: Intel’s accelerated computing group has started shipping its second-gen Blockscale ASIC for SHA-256 cryptocurrencies like Bitcoin. The launch is months ahead of schedule, but still too late to capitalize on the most recent cryptocurrency craze.

Intel announced that it was developing Blockscale ASICs in January when Bitcoin was worth twice as much as it is now and hardware was desperately in demand. Its second-gen is arriving after the market has satiated its need, which is usually when Intel starts shipping its hardware (I’m looking at you, Arc GPUs).

Despite that, the Blockscale ASIC (application-specific integrated circuit) is a great chip. It measures 7 mm by 7.5 mm and consumes just 4.8-22.7W but hashes Bitcoin at up to 580 GH/s (gigahash per second). It’s only capable of SHA-256 proof-of-work calculations, though.

Raja Koduri, executive VP and general manager of the Accelerated Computing Systems and Graphics (AXG) Group for Intel, tweeted the news at the end of last week…

Koduri seems to have forgotten about the first-gen Blockscale ASIC that was announced in February. Intel did say at the time that a second-gen model was in-development and then it announced it just two months later, so perhaps the first version doesn’t qualify as a fully-fledged product in Koduri’s eyes.

Koduri tagged GRIID Infrastructure, Hive Blockchain Technologies, and Argo Blockchain in his tweet, three companies that mine cryptocurrencies using renewable power sources. Intel markets the Blockscale ASIC as an environmentally-friendly product and it’s good to see it standing by those principles by partnering with like-minded companies.