Despite being one of the most popular social media platforms and microblogging site for over a decade, Twitter has struggled to be profitable for a long time. Recently, with the ongoing fiasco over Elon Musk’s takeover bid, Twitter’s revenue seems to be dipping. That is one of the reasons why the company’s share price has also dropped significantly.

To counter that Twitter is looking for new and sustainable revenue streams. One of the avenues that the social media platform is trying out is online shopping. Twitter is testing a new feature called Product Drops that will preview upcoming product releases from different merchants.

The new feature lets brands tease items before they go on sale, and users can sign up to be reminded before the release through in-app notifications. The idea is to eventually have a marketplace on Twitter, just like Instagram. As of now though, the feature is limited just to setting reminders.

“With Product Drops, when a merchant Tweets about an upcoming launch, you will see a ‘Remind me’ button at the bottom of the Tweet,” the company said in a blogpost.

With one tap, users can request to be reminded of the drop.

Instagram’s revenue and profitability soared when they started their shopping program and allowed brands to integrate direct buying links on their posts.

On launch day, users will get an in-app notification in their Notifications tab 15 minutes before and at the time of the drop, so they can be among the first to shop on the merchant’s website.

When users click on the notification, they will see a ‘Shop on website’ button to purchase the item on the merchant’s website. If a user buys something using that link, not only will they be getting some benefits in the form of a minor discount, they will also have a viable chance to be one of the first people to get their hands on said product.

The company said that users will also be able to see the price, pictures, a description of the product, and a clickable hashtag that will show them what other shoppers on Twitter have to offer.

For the time being, the feature is only offered to shoppers in the US who use Twitter in English on iOS devices. Later sometime in the year, this feature will be rolled out to other regions, if Twitter is able to get the necessary clearances.

Exclusive: Stadia just made it a lot easier to play the Resident Evil Village demo 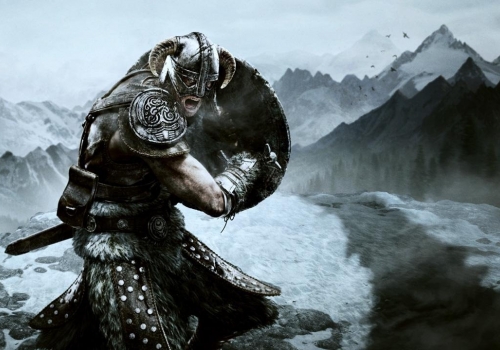 Something to look forward to: Skyrim’s famous mod scene is still thriving after over a decade. This week, a mod bringing online co-op to the game will emerge from closed beta after years of development and significant setbacks. Players can now complete quests together with almost all gameplay features synced.

The mod team behind Skyrim Together Reborn has set the project’s full release for Friday, July 8 (noon EST). The online co-op mod allows for groups of two-to-eight players, synching quest completion, experience points, NPCs, items, difficulty, and other features. Players can also manually enable PvP, but the modders don’t recommend it, as that wasn’t their main design goal.

The Skyrim Together team has been developing a co-op mode for Bethesda’s single player mega-hit since 2016, completely scrapping it and beginning a rewrite in 2019.

The team warns that the full release will be quite buggy since it bolts online multiplayer onto a complex single player RPG, but development will continue post-launch. A similar mod for Fallout 4 is also in development, but it likely won’t appear for a while.

Skyrim Together Reborn is only compatible with the Steam version of Skyrim Special Edition 1.6. It doesn’t support Skyrim VR, Legendary Edition, or the Microsoft Store version. Players will be able to start their own servers or use servers from places like playtogether.gg. The mod will be open-source once it’s available on Nexus Mods. 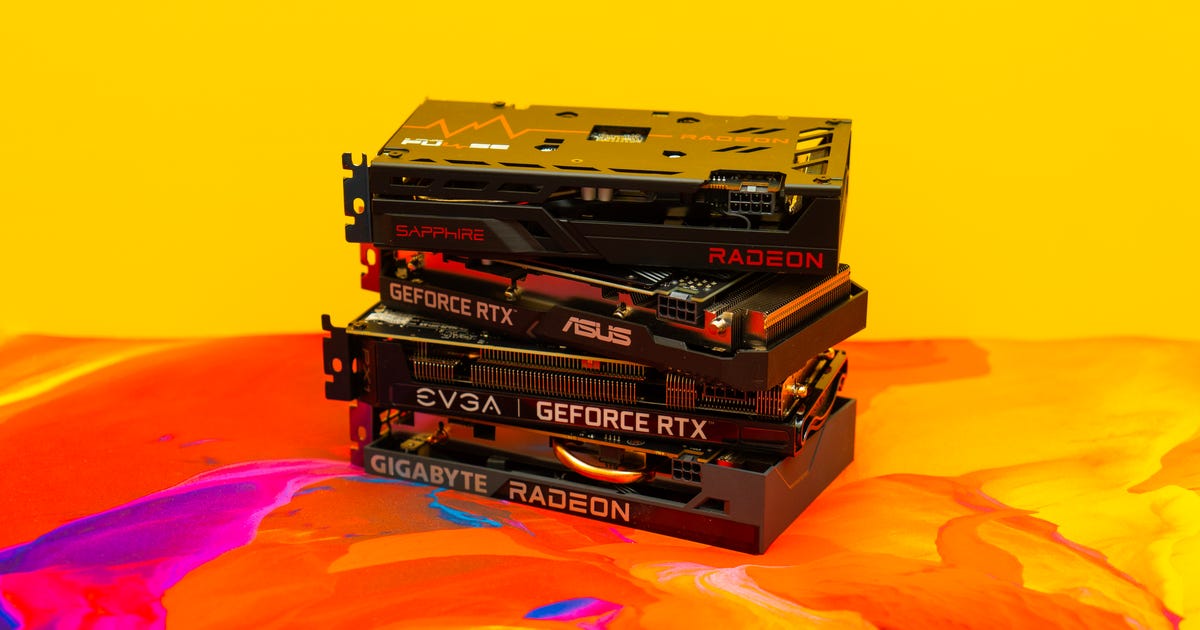 Most people use graphics cards that are several years old, which is a shame because there have been some big leaps in tech over the last couple of years. Because of that, graphics cards that are only a couple years old can feel like antiques. Whether you’re a hardcore PC gamer, a video editor, an animator or anything in between, you need the power of modern graphics cards. They utilize technologies, such as smart resolution upscaling, ray-tracing and a whole lot more. Everything has become much more demanding, and your PC deserves to meet those tasks confidently.

Even if you only need the basics for streaming video or surfing the web, a modern graphics card can make your system feel snappier overall compared to an equivalent older model. The best graphics card options will improve video decoding acceleration, redraw your screens faster and give better performance to any of a plethora of processing tasks that you don’t think about.

But this is still a bad time to shop for a new video card. They’re actually a lot easier to find than they were a year ago, but some continue to be in the LOL-try-to-get-one-for-a-rational-price phase. Prices for anything you can find remain out of control, and while they’re not nearly as high as they were eight months ago, they remain substantially higher than the manufacturers’ fantasy launch-target prices: Some casual calculations I made showed a range of about +30% to +130% difference between the press-release prices and the cheapest recommendable card I could find for a given current-generation chip.

Still, if you’re ready to throw down some cash for a new graphics card now, we hope this can offer some guidance on the best graphics card options around. Learn what to look for and which GPUs make sense for your budget and needs. While you can make some judgments based on specs like the manufacturer, graphics chip, amount of video memory, memory and gaming clock speeds, power requirements and other factors, they’re imperfect predictors of how any particular model will perform in your games or creative applications.

If you’ve got an old desktop with integrated graphics that don’t support the current versions of graphics programming interfaces such as DirectX 12 or Vulkan, or you have a game that won’t run unless it detects dedicated graphics memory (these have 2GB) or if you just want to make your Windows experience feel a little more snappy or smooth, a GT 1030-based card can help. It’s designed with lower power requirements than most other discrete GPUs, so it can fit in systems with small power supplies and compact designs. Unlike most gaming graphics cards, 1030-based cards can be low-profile and take up just a single slot for connectivity, and are quieter because they only require a single fan.

Don’t expect to game with the GeForce GT at 1080p — 720p at best, unless a game is very lightweight. But Fortnite, CS:GO, League of Legends and other popular multiplayer games generally fall under the “can play on a potato” umbrella, so you don’t need to worry as much if they’re your go-tos. In some cases, games may simply go from unplayable to a little less unplayable. If you do want to play games, though, spring for versions with DDR5 memory, not DDR4; it can make a noticeable difference. That’s why you’ll see some offerings for less than $130. For a simple speedup, the cheapest decent one I’ve seen was $115, though prices can fluctuate.

Since much basic photo editing still isn’t very GPU-intensive, a fast, high-core-count CPU still gives you a lot more performance value for the money than a higher-powered graphics card. The GPU does matter for the experience and smooth display rendering, but for smallish images and single-screen editing you shouldn’t have any issues.

The RX 6500 XT kind of wins here by default; it hits the basics and its price is much lower than step-up cards, which seem to run upward of $400. That’s partly because the markup over its $199 manufacturer-recommended price is the least of any cards I looked at, leaving it in the sub-$300 range. You’ll find it in two-fan and three-fan configurations (the latter is usually overclocked).

Once again, this becomes my pick somewhat by default because AMD’s real prices are far less out of whack than Nvidia’s; its performance falls between the RTX 3060 and RTX 3060 Ti, where its manufacturer’s price sits, but its actual price is lower overall than the RTX 3060, and far lower than the 3060 Ti, which would normally be my pick here. If you can find a decent model of the latter for between $600 and $700, then you might want to go with it.

Originally $900, such a steep price felt like an awful lot to pay for this card, but it was already a lot better than the $1,100-plus the RTX 3070 Ti. Its performance weaves below and above the RTX 3070 Ti, but the extra memory, 12GB vs. 8GB, can make a big difference in game quality choices and video editing performance, making it a good option. The RTX 3070 Ti is $950 now, but at $638, that only makes this offer even more appealing.

The RTX 3070 Ti is generally a better GPU than the 3070 (but not worlds better) and the prices currently overlap significantly — they’re roughly the same as the closest AMD competitors — making it a toss-up. You can find individually cheaper RTX 3070 cards, though. The RTX 3070 Ti has higher memory bandwidth, which can impact video editing fluidity and some workstation graphics applications, so you might want to lean that way if you need to. I still think that $1,000-plus is a lot to pay for either of these cards, which were originally targeted to cost within the $500 to $600 range.

As with the step-down price segment, the RX 6800 XT generally outperforms the RTX 3080, though it can be roughly the same as the RTX 3080 Ti, especially at higher resolutions and in professional graphics applications, thanks to the better memory bandwidth and more video memory. And this is one case where the AMD cards are just as overpriced as their Nvidia equivalents, costing upward of $1,500. But if you use workstation or video-editing software that takes advantage of Nvidia CUDA acceleration, the 3080 Ti is your best bet.

What’s important to consider when shopping for a graphics card?

Does Nvidia G-Sync or AMD FreeSync make a difference?

If you’re sensitive to screen artifacts caused by a disconnect between the rate at which your monitor updates and the frame rate at which you’re playing, or you’re interested in proprietary technologies like Nvidia’s Latency Analyzer to help improve your gameplay by reducing lag, then you should definitely at least look into what each of them offers. Otherwise, get the appropriate GPU for your needs and work with what you get.

Read What are Nvidia G-Sync and AMD FreeSync and Which Do I Need?.