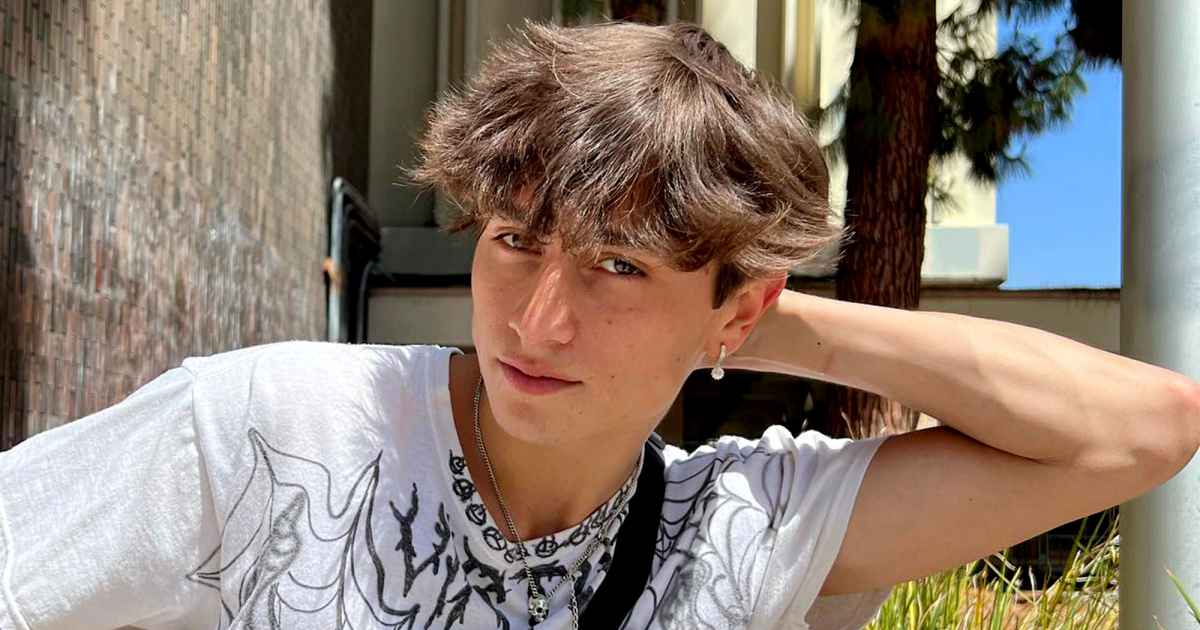 Gone too young. TikTok star Cooper Noriega has died, Us Weekly confirms. He was 19.

The social media star was found dead in a parking lot on Thursday, June 9, according to records obtained by Us from the Los Angeles County Medical Examiner-Coroner. A cause of death has not been released and the case is currently awaiting further investigation.

Fans first began speculating about Noriega’s well-being on social media on Friday, June 10, when the Barstool Sports “BFFs Podcast” shared a post about the “devastating news” on Twitter. “RIP Cooper Noriega,” they wrote. “Life is fragile. Enjoy every minute.” Noriega appeared as a guest on the podcast just one week before his death.

The model was previously open with his fans about his struggles with mental illness and substance use. On Sunday, June 5, he announced that he had started a Discord server where he and his followers could be open about their respective battles and share their stories. “If you’re really into getting your emotions out, or whatever, come join,” he said in a video posted to his TikTok account. “I created [the server] because of how much I love you guys and how much I struggle with it myself.”

He continued: “I want you guys to not be alone and [to] feel safe.”

In an Instagram post shared later that day, Noriega opened up about his own experiences, telling his fans, “I’ve been struggling with addiction since I was 9 years old, you may think that’s crazy but that’s the life I’ve been dealt.”

“I would like to use the influence I’ve been given to create a space built on spreading awareness and normalizing talking about mental illness,” he continued, adding that he wanted to one day “open a rehab” where patients “aren’t traumatized” after their time at the center.

Noriega concluded his Discord post: “One of the many things I’ve learned while struggling with addiction was that surrounding yourself with negative people will only bring you down. For that reason, Discord is meant to bring us all together and create a safe space where people can vent and help others through their tough times.”

In addition to sharing their shock and grief, many of Noriega’s fans also noted that he had posted an eerie TikTok video on Thursday, in which he wondered, “Who else b thinking they got die young af?” while laying in bed. The teenager captioned the clip with the second half of his question, asking if it was just him that felt such a way.

If you or anyone you know is facing substance abuse issues, call the Substance Abuse and Mental Health Services Administration’s National Helpline at 1-800-662-4357 for free and confidential information 24/7.

Exclusive: R. Kelly Has Been Sentenced to 30 Years – TalkOfNews.com 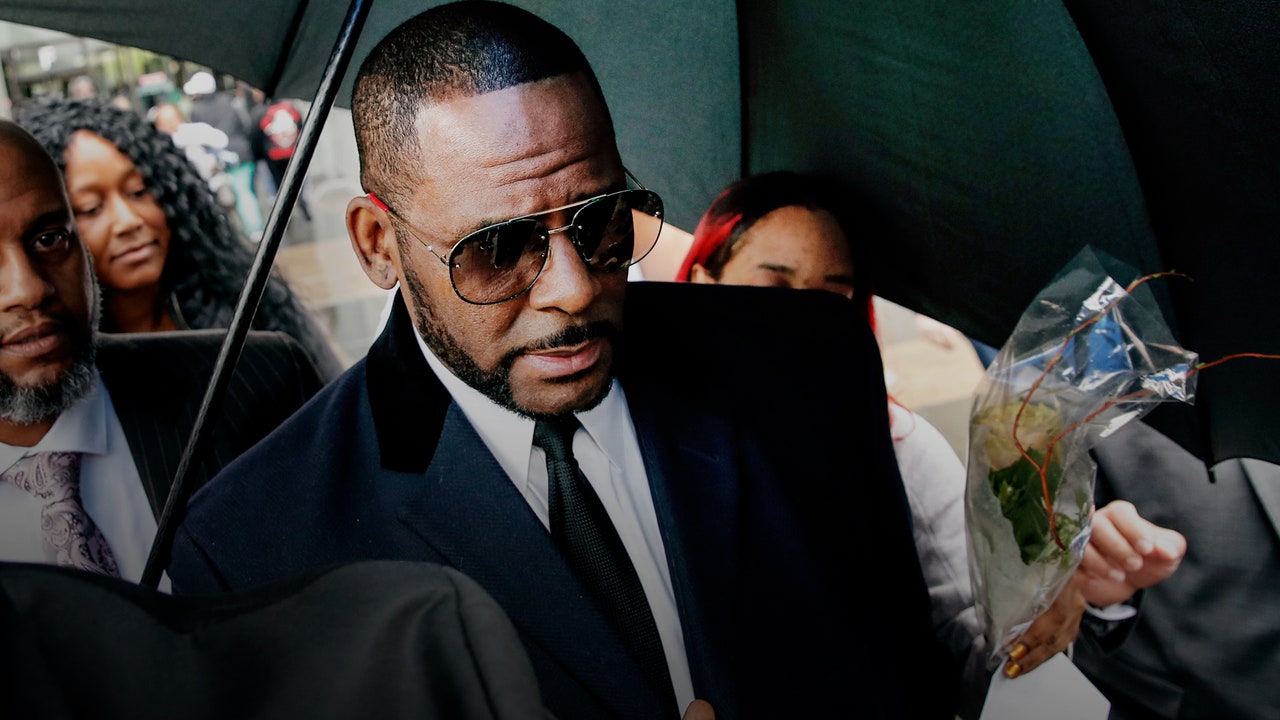 When a federal jury found R. Kelly guilty on nine charges related to racketeering and sex trafficking in September, it brought some measure of legal closure to his long trail of abuse. Accusations of the singer’s sexual misconduct began surfacing nearly three decades ago: Over the course of his career, Kelly married a 15-year-old Aaliyah, faced and was acquitted on child-pornography charges, and, calling himself the Pied Piper of R&B, cultivated an artistic persona that positioned sex as a matter of his eccentric genius.

At Kelly’s sentencing hearing in a Brooklyn courtroom on Wednesday, Judge Ann Marie Donnelly, in announcing her decision, reflected on the scale of his abuses: “These crimes were calculated and carefully planned for almost 25 years.” She sentenced the singer, who worked at the highest rungs of pop and R&B, to 30 years in prison.

Kelly’s trial lasted six weeks and included testimony from over 40 witnesses. Prosecutors described the singer as the leader of a criminal enterprise made up of his entourage and employees who leveraged his celebrity in service of recruiting his scores of underage victims. Prosecutors had requested a sentence of at least 25 years, while Kelly’s attorneys asked for 10 or fewer. Kelly is 55 years old.

Wednesday’s hearing expanded on the horrors delineated during his trial last year, and added to them a level of detail about the enduring impact of Kelly’s abuse. A woman testifying under the name Addie, who said Kelly sexually assaulted her in 1994, said in her victim statement in the courtroom that she has suffered “within my heart from emotional breakdowns and thoughts of suicide and self-sabotage.”

Lizzette Martinez, who said she met Kelly when she was 17 years old in 1995, said that a “lifetime of depression and PTSD” began with his sexual assaults. She recalled how his friends and entourage looked on as she became his “sex slave” for years.

Turning to Kelly, she said, “Robert, you destroyed so many people’s lives.”

“I feel like I should refresh your memory,” said another woman, identified as Jane Doe No. 2, as she addressed Kelly. The woman met Kelly when he was 31 and she was 19. She recounted how Kelly forced her to perform oral sex on him in a car filled with his 30-something friends.

“Do you remember that?” she said in a firm voice.

As Kelly whispered with his lawyers, the woman paused her own statement: “I’m sorry, I didn’t want to interrupt his conversation.”

Outside of such interactions with his counsel, Kelly didn’t visibly move or react during the victim statements or as Donnelly read his sentence.

While Kelly’s trial was the first high-profile case of the #MeToo era in which most of the victims were Black, race was rarely mentioned in the court proceedings. Kelly amassed success and acclaim across the landscape of American pop music, and more specifically in the Black traditions of R&B and gospel. As Kitti Jones, who has said that Kelly abused her during their relationship between 2011 and 2013, spoke on Wednesday, she pointed to the time that passed before Kelly’s crimes caught up to him.

“Knowing his fanbase looked like many of his victims,” Jones said, “he knew the public would never believe them.”

The only words Kelly had for the courtroom, just before his sentence was delivered, were: “Yes, your honor, that’s my wish.” He was confirming his lawyer Jennifer Bonjean’s remark that he didn’t wish to address the judge or his victims, citing his other pending cases. (Kelly also faces sex crimes charges in Minnesota at the state level and federal charges in Illinois, all of which he has denied.) As in Kelly’s sentencing submission to the court, Bonjean said on Wednesday that mitigating factors for Kelly’s sentence should include his own history of childhood abuse.

“He accepts that he is a flawed individual,” she said. “He does sit here with regrets.”

Donnelly, in explaining her sentencing decision, said she took Kelly’s experience of abuse into account, but only up to a point: “Even if it is a form of an explanation, it is certainly not an excuse.” She wondered how it all could’ve happened in plain sight.

“I don’t know why these people turned a blind eye,” Donnelly said, referring to the members of Kelly’s enterprise. “Maybe it just became normal to these people.”

The sentence she decided on is about as long as the record of Kelly’s abuse. For decades, he operated with near-total impunity as his career flourished. A woman using the pseudonym Angela on Wednesday spoke to how the truths of Kelly’s life and his work had finally begun to converge: “Your self-proclaimed alter ego of the Pied Piper could not exist without the living, breathing Robert Sylvester Kelly.” 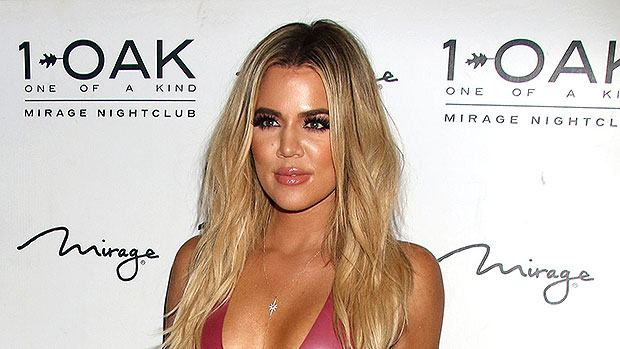 Khloe Kardashian is sizzling in a sheer nude bodysuit for Kim Kardashian‘s new SKKN skincare line. The Good American founder, 38, posed in a sultry series of photos shared on her Instagram page on June 29 (seen here) and looked confident and sexy as she lounged on a marble chase. The bodysuit, which matched the color of her skin, was covered in various black-outlined designs that looked like tattoos, such as a cross, a bird spreading its wings, and roses. She accessorized the skin-tight look with a large pair of gold hoop earrings and clear heels. Khloe’s hair was tied back into a sleek bun and she wore natural-looking makeup. “SKKN anyone?” she captioned the post.

Kim, 41, officially released her line of nine products on June 21 after announcing its creation 20 days prior. On June 14, she stripped down to a bare face to promote her line and allowed her trusted esthetician to pamper her with a facial using her products, which include toner, face scrub, various serums, and more. On launch day, the mother of four gushed about what her new line means to her. “I’m so proud of this line of products — not only are they efficacious, clean, backed in science, and formulated for all types of skin, but they bring a spa-like experience right to your home,” she wrote in a note to Instagram alongside a photo of her sleek-looking products. “From sought-after ingredients and clinically-proven formulas, to compostable kraft bags and refills made from recycled materials, this skincare collection means so much to me. I can’t wait for you to get your hands on these products.”

Khloe shouted out her sister’s line earlier in the day on Wednesday before sharing the sexy bodysuit photos. “SKKN!!!! Kimberly I am constantly in awe of you! Congratulations on the launch of @skkn. You deserve the world,” she enthusiastically wrote underneath a carousel of pictures of her, Kim, Kimora Lee Simmons, and Ming Lee Simmons posing for the brand.

Prior to the SKKN shoutout, Khloe posted a steamy Boomerang of herself posing in a teeny pink bikini by Good American. “I have no idea how long ago I took these but I love this @goodamerican pink bikini!!!” she noted.

It looks like Khloe is comfortable both promoting SKKN and her own skin, as she should be!

Exclusive: 31 Actors Who Are Just A Bit Older Than I Thought They Were, Making Me Realize I Have No Idea How Old Anyone Is – TalkOfNews.com 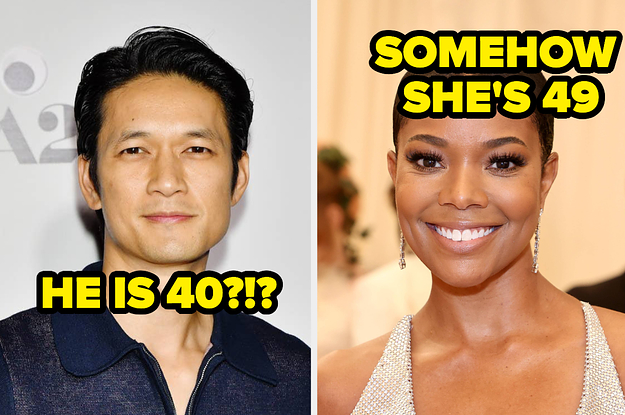 Turns out it’s true — age ain’t nothing but a number.

Tessa Thompson is 30 in my head.

But people, Andrew Garfield is also 38!

I don’t believe Gabrielle Union is a day over 37.

And yet, Gabrielle Union is 49.

Sandra Bullock is 45 to me.

But in real life, Sandra Bullock is 57.

I thought Gabourey Sidibe was like…26, and I just asked my sister and she thought she was 25.

In reality, Dave Franco is 37.

I thought Josh Duhamel was 42 max.

We can all agree that Thomas Brodie-Sangster is 22, right?

I was pretttyyy sure Eddie Redmayne is 33.

But his birth certificate would confirm he is 54.

I would have guessed that Jennifer Lopez is 39.

Shawn Wayans is 40 in my head.

I thought Martha Stewart was around 65.

Common has gotta be 42 at MOST.

I’d have said Nicola Coughlan (from Bridgerton) is 28.

I thought Keegan-Michael Key was no older than 44.

I truly thought Alison Brie was 32.

Turns out Alison Brie is 39.

Who else here thought Pharrell Williams was 38?

In my brain, Laverne Cox can’t be older than 40.

I would have guessed Kieran Culkin is around 35…tops.

In my personal opinion, Jim Parsons is 40.

I 100% thought Natalie Dormer was younger than 35.

But Natalie Dormer is 40.

In my silly little head, I thought Bianca Lawson was no older than 25.

In actuality, Bianca Lawson is 43.

And finally, Jason Earles from Hannah Montana seems like he is 24-ish.

Keep up with the latest daily buzz with the BuzzFeed Daily newsletter!

Exclusive: West Ham and Newcastle set to fight it out for forward ‘one step away’ from Premier League move – TalkOfNews.com

Exclusive: If You Answer Yes to Any Of These 7 Questions, Your Workplace Is Probably More Toxic Than You Think – TalkOfNews.com