The camcorders, the videotapes, the big Visser building, the Kaelego world, and everything in between. Archive 81 surely was a mind-blowing, blood-curdling mixture of our favorite genres. Within a short period of time, the show had gained such popularity and fanbase. We were sure that a second season will soon be on its way to satisfy our yearning. But Netflix is sometimes unpredictable. Archive 81 season 2, along with its videotapes, is officially off the radar.

Just in case you didn’t know, this intriguing blend of horror and noir follows Dan Turner, played by Mamoudou Athie, as he sets his life on a horrific adventure. Virgil appointed Turner to restore damaged videotapes that contain the footage of everything that happened in the Visser building. What follows are eerie voices and horrific allusions that snatch away Dan’s sleep and peace in the dark, gaudy-looking place where he is quarantined.

The show has achieved such a fanbase and viewership that it’s almost impossible to believe that we won’t be able to see more of it.

Here’s why Netflix canceled the second season of Archive 81

Notably, the show’s producer, Rebecca Sonenshine, earlier hinted at the renewal of the show and she sounded really optimistic and hopeful about it. But this news shattered our hearts. However, the good news is, there’s always something we can turn to that can probably ease our pain a little. And we will tell you where to go when you miss Archive 81 and its addictive supernatural thrills that are haunting in the best way possible.

Here are the substitutes for the show

We all know by now that we can always turn to the podcast the show is based on. It is as horrific and interesting as the show and will keep you glued to your phones and headphones. Here, we have extensively covered everything about this podcast.

However, to give you a gist of the podcast, it is created by Daniel Powell and Marc Sollinger. It was originally released on April 16 and comprises 3 seasons, 35 episodes of 15 to 30 minutes each. The podcast is as much horrific and won’t let you be lost in the show’s memory. Instead, it will grow on you and prove to be more captivating.

Moreover, you can also binge watch movies like The Shining, Suspiria, and Rosemary’s Baby as well as TV shows like The X-Files, Twin Peaks, and Fringe, as these are the dramas our beloved show took inspiration from.

Further, shows like Hellbound, Midnight Mass, Feria: The Darkest Light, Equinox will also fill the absence of Archive 81. And the best news is, these are all available on Netflix.

ALSO READ- Archive 81: Everything From Kaelego to Kharon EXPLAINED, Is Kaelego Real?

Have you already started listening to the podcast? What are your thoughts about it? Let us know in the comment section.

Exclusive: 5 Movies That You Should Definitely Watch on Netflix if You Love Anime 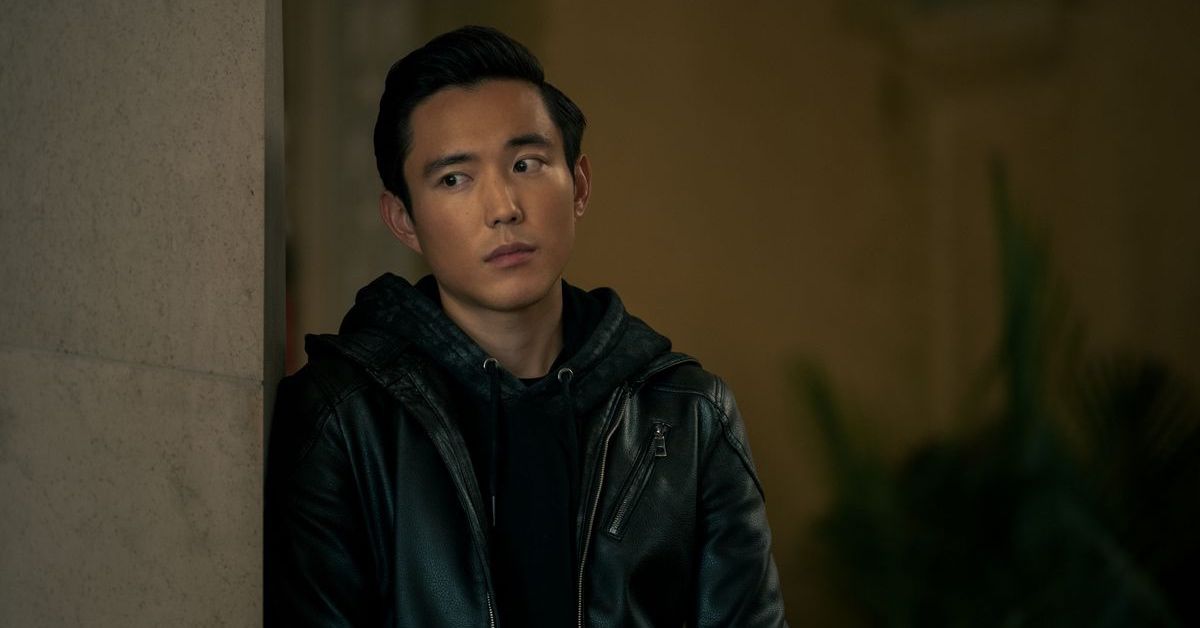 One of the greatest highlights of the year 2022 has to be the new The Umbrella Academy. The latest addition to the superhero family show was a thrilling one, with fans wanting more the moment the new season ended. However, if one has to name the best part of the new series, it has to be Ben Hargeeves, played by Justin Hong-Kee Min.

This new version of the beloved Ben took fans by surprise. The new Ben was a complete polar opposite of the previous one. And Justin did his absolute best to make people despise him. But despite his excellent efforts, do the fans hate him?

Let us find out what fans think about the Ben Hargeevs of the Sparrow Academy.

Fans of The Umbrella Academy were over the moon when they first got to know that they’ll meet the new Sparrow Academy in the newest season of the Netflix Original.

The Sparrows are a parallel universe version of The Umbrella Academy, but they are not similar in any way, especially when it comes it Ben Hargeeves.

The original Ben was a loveable ghost who, after his death, had still been part of the team for almost two decades now. However, all of it changed when we met the new and much alive Ben in the third season.

This new Ben was different from his previous version in almost every way. He is mean and tougher than the original Ben. And it looks like actor Justin Hong-Kee Min loved playing the role more darkly.

He even posted an appreciation tweet for people hating him.

thank you for hating him. it’s all i’ve ever wanted. pic.twitter.com/7P4HZVk6Hq

Certainly, the new Ben has his fair share of shortcomings that made people dislike him at the beginning of the season. But it looks like fans did what they do best: welcome him with their open arms.

Fans are now openly showing their love for the new character and are even accepting his flaws. Some of the tweets by people are.

we love him more than our families pic.twitter.com/naSpZiZdBi

jokes on you we all loved him pic.twitter.com/hq54xqScIK

Sorry to disappoint, but I have decided to accept his flaws. pic.twitter.com/FYddK3oLdI

sparrow ben isn’t for everyone. and that’s okay. because he’s for me

Fans are excited to see what turn the character of Ben shall take in probably season 4 of The Umbrella Academy. Meanwhile, let us know if you guys loved the new version or not.

Stream The Umbrella Academy only on Netflix.

The post The Umbrella Academy Star Justin Hong-Kee Min Thanks Fans for Hating Ben Hargeeves, but They Disagree appeared first on Netflix Junkie.