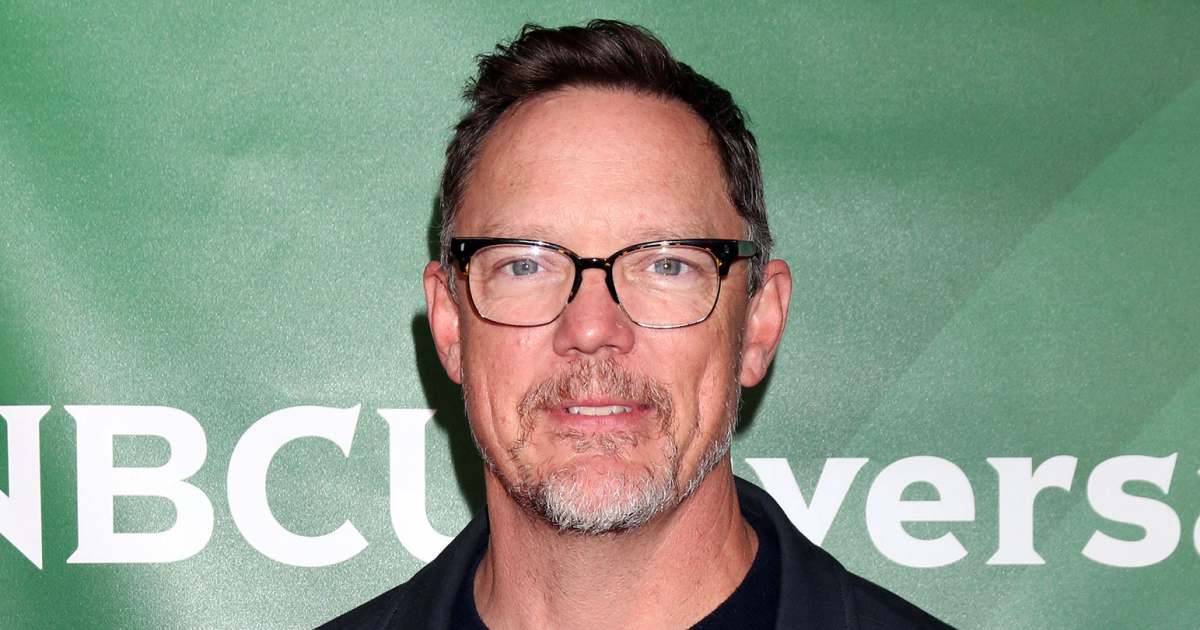 Good Girls‘ abrupt cancellation didn’t sit well with Matthew Lillard either. The 52-year-old actor has broken his silence about the show ending, exclusively sharing his reaction with Us Weekly.

‘Scream’ Cast: Where Are They Now?

“That job to me was a dream. I was gonna direct next season. We were shooting in L.A., obviously I have three kids and being in L.A. is such a gift,” Lillard exclusively told Us. “I love the creators. I love playing a character that’s super flawed and has a chance to come back and sort of redeem himself over the generations of the show over the seasons of the show. So for me it was — it was heartbreaking. And I think [it was] for everyone, I think for all the women involved. Strong women led by a strong female producer, and it just fell between the cracks of Hollywood business. And it was really a bummer.”

Lillard starred opposite Christina Hendricks in the NBC drama, playing married couple Dean and Beth Boland, respectively. Although Dean’s cheating initiated the rift in their marriage, it was Beth’s eventual addiction to crime alongside sister Annie (Mae Whitman) and Ruby (Retta) that drew an even bigger wedge between them. Beth’s affair with her money-laundering boss Rio (Manny Montana) also didn’t help matters.

‘Summer Catch’ Cast: Where Are They Now?

He added: “I don’t think that the showrunners would put them back together in, like, this pretty little boat. But I think you can say that there would be hope for the two of them in the long run.”

The Scooby-Doo star has bounced from TV to film since starting in the industry in 1990, and at this point in his career, his focus is “trying to hold on to the next great role.”

“I don’t think a lot of working-class actors talk about how hard it is to survive from job to job,” he told Us. “I’ve built my life in such a way that I can endure the ebbs and flows of this industry. But for me, it’s really trying to find a series of roles or as I get older and grow into sort of a more, obviously a character part. I think I’ve always been a character actor, but as you get older, not a lot of leads in movies are 50-year-old character actors. The Brian Cranstons of the world, those roles out there that you sort of define your career late in your career or late in your journey is something that I think every actor holds out hope for — male or female. You just get these moments sometimes where you get to really act. So much of it is coming in and playing a small role here, or a small role there. … And those are great. Like, that’s how you feed your family. But you’re always looking for something that’s gonna push you as an actor. And when you read it on the page, you go, ‘Oh, my God, I don’t know if I can pull it off.’ … As an actor, as a man, as a human being, those are the moments you’re proud of. So you just want to be proud of your work.”

From appearing in fan favorites like Scream, She’s All That and Summer Catch, to now being a dad of three, Lillard also sees the industry and himself differently.

“I look back at all my life and these moments where I was such a cute boy and I was like, I always felt super insecure. I think at the end of the day, I always felt like I was not enough in so many ways. And I just think that there’s so many actors out there, you know, there’s so much fear in this industry. There’s so much fear that you’re not cute enough. You’re not talented enough. You’re not sexy enough. And I just think none of that fear serves you,” he said.

‘She’s All That’ Cast: Where Are They Now? 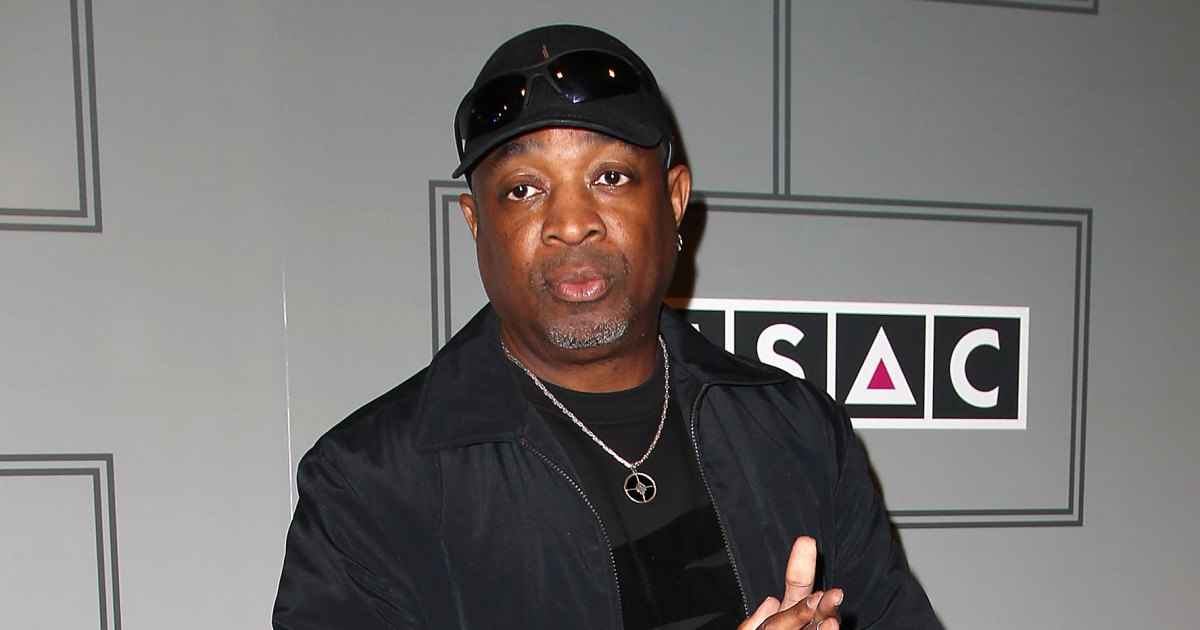 Make it a true daily disaster, Alex. Jeopardy! contestants often practice for years before appearing on the quiz show, but they sometimes still find themselves in the middle of a wild moment.

Even Ken Jennings, who holds the longest winning streak ever on Jeopardy!, has flubbed an answer or two. During his original run in 2004, one of his most memorable mistakes happened when he was answering a question in the “Tool Time” category.

“This term for a long-handled gardening tool can also mean an immoral pleasure seeker,” read late host Alex Trebek. Jennings, who had a commanding lead at the time, rang in with the response, “What’s a hoe?” As the audience began to laugh, Trebek quipped, “Whoa, whoa, whoa! They teach you that in school in Utah, huh?” (The Chase cohost graduated from the state’s Brigham Young University.)

The Planet Funny author later found himself at the center of a Jeopardy! controversy when some of his old tweets resurfaced just before he began his first stint as a guest host for the show following Trebek’s November 2020 death. “Nothing sadder than a hot person in a wheelchair,” read one tweet Jennings posted in 2014.

The former software engineer apologized for the posts, saying that they “worked as jokes” in his mind but didn’t read so well on screen. “Sometimes I said dumb things in a dumb way and I want to apologize to people who were (rightfully!) offended,” he tweeted in December 2020. “It wasn’t my intention to hurt anyone, but that doesn’t matter; I screwed up, and I’m truly sorry.”

Jeopardy! proceeded with Jennings’ gig as a guest host, but the Wall Street Journal later reported that the tweets may have cost him a job as Trebek’s permanent replacement. In August 2021, Sony Pictures announced that executive producer Mike Richards would take over as the syndicated game show’s permanent host, but Richards resigned days later after multiple of his own controversies.

After Richards’ departure, Mayim Bialik, who had been announced as the host for primetime and spin-off specials, began filling in as the show’s interim host. The Big Bang Theory alum has since alternated with Jennings, who is still a consulting producer on the show. As of April 2022, Sony has still not announced a permanent host for the syndicated program.

Keep scrolling for a look back at some of the wildest and most controversial moments in Jeopardy! history.

The superstar singer posted an ethereal photo of herself upon a see-through horse on her Instagram account on Thursday (Friday morning AEST), captioned with some insight.

“Creating this album allowed me a place to dream and to find escape during a scary time for the world,” Beyoncé wrote.

“It allowed me to feel free and adventurous in a time when little else was moving. My intention was to create a safe place, a place without judgment. A place to be free of perfectionism and overthinking. A place to scream, release, feel freedom.

“It was a beautiful journey of exploration.”

She released her first single, Break My Soul, from the new album last week and it became a quick hit.

The dance track was co-produced by the same team who brought us Single Ladies – Tricky Stewart and The-Dream. Jay-Z is also on the writing credits, as are the writers of Robin S’s 1993 hit Show Me Love, which is prominently sampled in the song.

In an apparent slight to major streaming services like Spotify and Apple Music, the song initially appeared only on Tidal – the streaming service co-owned by Beyoncé’s husband, Jay-Z – three hours before its announced release time of midnight in the US, and on Vevo/YouTube an hour or so later.

Beyoncé has a history of this: her 2016 Lemonade album was available only on Tidal for three years.

Renaissance, the singer’s long-expected seventh album, is set to come out on July 29.

Beyoncé’s last full-length album was Lemonade in 2016 – the singer has actually released four albums since this blockbuster outing, although none of them are full Beyoncé solo albums.

“I hope you find joy in this music,” she said on Instagram.

“I hope it inspires you to release the wiggle. Ha! And to feel as unique, strong, and sexy as you are.”

Fans have already sleuthed information suggesting the album will contain 16 tracks, and signs of a multi-part release are clear from the billing as “Act 1”.

Sources told Variety the album will feature both dance and country-leaning tracks, with contributions from hit songwriter Ryan Tedder, who co-wrote Beyoncé’s 2008 hit Halo as well as hits for Adele, Taylor Swift, the Jonas Brothers and Tedder’s own group, OneRepublic.

Also said to be involved is Raphael Saadiq, who has crafted hits for Mary J Blige, D’Angelo, Stevie Wonder, John Legend and Andra Day as well as his own excellent solo albums, and executive-produced A Seat at the Table, Beyoncé’s sister Solange’s widely praised 2016 album.

– Reported with CNN and Variety.

One million people shocked at star’s rare snap of son Michael Douglas is stepping into the shoes of renowned inventor, politician and writer Benjamin Franklin.

Apple TV+ shared a first look at the actor in the upcoming series Franklin June 30. In the photo, Douglas wears a long white wig and 18th century attire as he stands by a window, deep in thought.

This is one of the first times Douglas has starred in a period piece, having previously played businessmen and other modern figures in moves like Basic Instinct, Fatal Attraction and A Perfect Murder.

But executive producer Tony Krantz said his lack of experience in the genre doesn’t show. “Michael’s become the role, transforming his physicality, voice, cadence. And his humor is so much fun,” Krantz told Entertainment Weekly. “I think people will see one of Michael Douglas’ greatest performances ever in this project.”

The series will chronicle Franklin’s efforts to garner the support of the French monarchy during the American Revolution. At the time, the inventor was 70 and had little experience in diplomacy.