An actor that was defined by the sheer brilliance he brought to any role he did, Ray Liotta passed away last night. The death of such a great actor is something that has left many people in a state of sorrow. Liotta made a name for himself first in the 1986 action-comedy Something Wild, which also earned him a Golden Globe nomination for Best Supporting Actor. From there on, he played prominent roles, in a plethora of movies. And watching these films is indeed the best way to celebrate him. Hence, we have compiled a list of all the Ray Liotta movies available on Netflix for you to binge on.

Famously known for his excellent role as Henry Hill in Goodfella, Liotta is a man who has given his talents to a lot of movies. However, not all of them are available on Netflix US. Hence, here are all the movies that you can see on Netflix that feature the great actor.

John Q. is a movie that is a commentary on the American Healthcare System. Liotta brings to life the character of Chief Gus Monroe in the movie, and like always, has done a great job of it. While the reviews received by the film were negative in general, it still grossed $102 million worldwide in 2000. And it also gave rise to a Hindi adaptation of the movie, which was rather loved by the audiences.

A neo-noir thriller movie based on Agatha Christie’s novel And Then There Were None, Identity is undoubtedly a movie that you should definitely check out. With a collection of $90 million worldwide, it is definitely a success, given that the budget for the movie was only $28 million. Ray Liotta played the role of  Samuel Rhodes, who is an escaped convict disguised as a correctional officer and transporting other convicts.

Killing Them Softly is a 2003 crime thriller starring Brad Pitt and Ray Liotta. The film is about how three small crooks rob an entire gambling operation protected by the mob. Liotta plays the role of Markie Trattman, a man who was already infamous for an inside job of robbing his own poker game. The movie was met with fairly positive reviews and is honestly a great watch!

The 2019 drama film starring Scarlett Johansson and Adam Driver in lead roles is indeed one of the greatest projects Liotta was a part of. Ray played the role of a lawyer in the movie, which is centred on the divorce of the two lead characters. Marriage Story went on the receive six Oscar nominations. And Laura Dern even won the Oscar for the Best Supporting Actress for the film.

Boasting an ensemble cast of Kevin James, Julie Bowen, Ray Liotta, Rob Schneider, June Squibb, Kenan Thompson, Shaquille O’Neal, Steve Buscemi, and Maya Rudolph, Hubie Halloween is a mystery-comedy that came out in 2020. Written by Adam Sandler, this movie is a Netflix Original and also a tribute to Cameron Boyce. Boyce was to star in the movie but died in 2019.

What is poetic is that even when he died, he was shooting for another movie. He took his last breaths in the Dominican Republic, where he was present for the shoot of his latest film, Dangerous Waters.

Tell us which Ray Liotta movie is your favorite in the comments below.

Exclusive: Fan Favorite Shows And Films That Are Leaving Netflix In March 2022

Season 3 of The Umbrella Academy was just as confusing as the previous ones. Like its other seasons, it also toyed with various themes and also had a huge catastrophe threatening humankind at its core. But the dysfunctional family of siblings made the journey quite an exciting one. Their bickerings and banters are the highlights of the show. Netflix just recently shared their favorite moment from the series.

Klaus insults Five and calls him a boomer

Five could fool others with his young features and school boy uniforms that he’s just a teenager, but he can’t do that to his siblings. Despite his young appearance, he is actually a 60-year-old man trapped inside a boy’s body. As a result of time travel and glitch in time and space, he returned to his younger body but retained his mental age. Five has the best insults up his sleeve, but his brother Klaus shuts him down by just referring to him as a boomer! It’s hilarious how Klaus provokes him to spill what he knows so far.

the Umbrella crew constantly reminding Five that he's a boomer is my favorite thing. #TheUmbrellaAcademy pic.twitter.com/QBBxqBAh4p

Five may possess the best intellect out of all the siblings, but he surely lacks in people skills. He is mostly sarcastic or snaps at anyone and everyone if they are not at the same intellectual level as him. He is also the only one that is hell-bent on preventing the doomsday from season 1. However, there is a change of plans for Five in the latest season. His 100-year-old self gave him the startling news that he was one of the founders of the Temps Commission. Moreover, his efforts to save the world will lead it to disaster. Hence he decides to take a backseat but of course, Sir Reginald won’t let him have his way.

ALSO READ: These Two Shady Characters From the Obsidian in the Umbrella Academy Have Sent Fans Into Deep Analyses of Their Existence

When is The Umbrella Academy season 4 coming?

Netflix hasn’t renewed The Umbrella Academy for a season 4 yet. But the way things ended in season 3, there is still a lot to uncover in the next season. For instance, Sir Reginald’s origin and agenda are still a mystery. Moreover, his wife, Abigail is alive now. And lastly, our superhero siblings have lost their powers.

The post Netflix Reveals Its Favorite Thing From ‘The Umbrella Academy’ but Different Generation appeared first on Netflix Junkie.

Exclusive: 10 Metal Rock Songs to headbang to, if you loved the Performance of Eddie Munson in Stranger Things – TalkOfNews.com 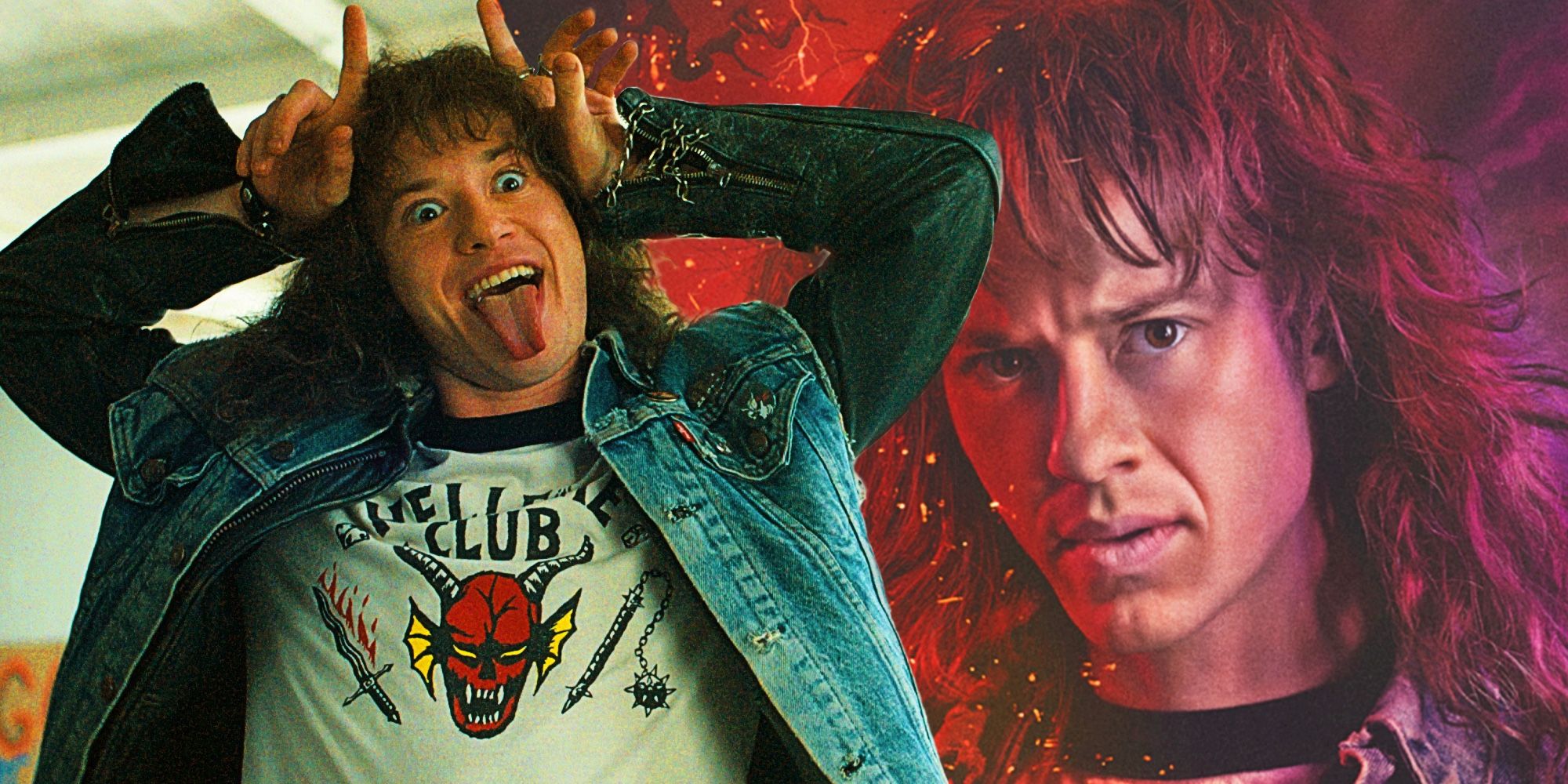 Stranger Things season 4 introduced a lot of amazing new characters, one of whom is Eddie Munson. Actor Joseph Quinn has done an amazing job of bringing Eddie’s character to life. He led the school’s official D&D club, the Hellfire Club, and was a true metal head.

Eddie’s character has sure made a huge place in fans’ hearts and was really passionate about music. He used to play guitar and liked rock and metal music.

Eddie plays the instrument in volume 2 of season 4 to keep the Demobats from going to the Creel House. The song that he played was the iconic metal hit “Master of Puppets” by Metallica. This song was part of Metallica’s 1986 hit album, Master of Puppets.

10 songs that will absolutely rock your world

1984 was the year, this song by Metallica came out. Fade to Black was part of the album Ride the Lightning. According to readers of Guitar World, the song is the 24th-best guitar solo of all time.

The British heavy metal band Iron Maiden released this song in 1984, and it was on their fifth studio album, Powerslave.

The song was on Metallica’s album Master of Puppets, which came out in 1986, written by James Hetfield.

Released in the year 1990, Tornado of Souls is a song by the artist Megadeath. It’s was featured in the album called Rust in Piece and is considered one of the hardest solos of Megadeath.

Painkiller is the song by the band Judas Priest. Released in the year 1990 and was the featured in the album Painkiller. This was the first album to feature drummer Scott Travis.

This song was the opening track from Nirvana’s second album Nevermind, in the year 1991. It was the success of this song, which made the album so popular.

This song is by the American rock band Linkin Park. Brad Delson, Chester Bennington, Joe Hahn, Mike Shinoda, and Rob Bourdon wrote it. It came out on an album called Hybrid Theory in the year 2000.

9. Dance with the Devil

This song came out in 2006, and it’s by Breaking Benjamin, featured in their album Phobia.

Cross Off is a song by Mark Morton. It came out in 2019 and the artist Chester Bennington was featured in it. Above all, it was the first track on Mark’s debut studio album, Anesthetic.

ALSO READ: Eddie Munson Was the Perfect Metal Head Representation We Needed, Minute Details Reveal the Efforts That Went Into the Creation of the Character

The post 10 Metal Rock Songs to headbang to, if you loved the Performance of Eddie Munson in Stranger Things appeared first on Netflix Junkie.

Stranger Things has been winning hearts since the release of Season 1. With so many twists, one cannot stop binge-watching it. With such unique stories, come unique characters with a well-planned development arc. One such character is Erica, played by Priah Ferguson. In the recent interview, she went on to talk about her character and why she got into acting.

Priah Ferguson has a vital role in Stranger Things, yet she is down-to-earth in reality. She goes to public school and is also on the cheerleading squad. Priah says that her teachers and her friends are very supportive of her stardom.

Well, she is not just a normal teenage girl who plays a significant part in saving the town from evil. Priah is going to be a part of Netflix’s upcoming movie, Halloween, along with Marlon Wayans. But in Stranger Things, she became the main character from the recurring cast. She stole the screen and became a fan favorite in no time.

Though, this common question of how the actor got into the acting is always asked. So, when POPSUGAR asked this question to Priah, she had this very simple question. She said that she loved watching movies and television. “I would be really into very suspenseful movies and shows, and I would wonder, oh, how are they on TV?” She also got confused about the recording.

But her mother explained the entire process to her and made her understand it was acting. Ferguson wanted to try that. She also admits that when she shared this thought with her mother, she (her mother) was a little skeptical. But eventually, she put Priah in some acting classes, and soon she started to book her daughter for the parts. In 2016, her earliest role was on an episode of “Atlanta”.

As we all saw her in the show, we can see when she says she loves working with the cast and they all are a big family now. She means it. She says that she is growing with her character. However, there was a major gap between the two seasons, which made her cherish the experience even more.

Ferguson admits she is more connected to her character Erica after a break. And we could see that in her acting when she owns up the place and impresses everyone around her and the fans as well. Share your favorite Erica moment with us.