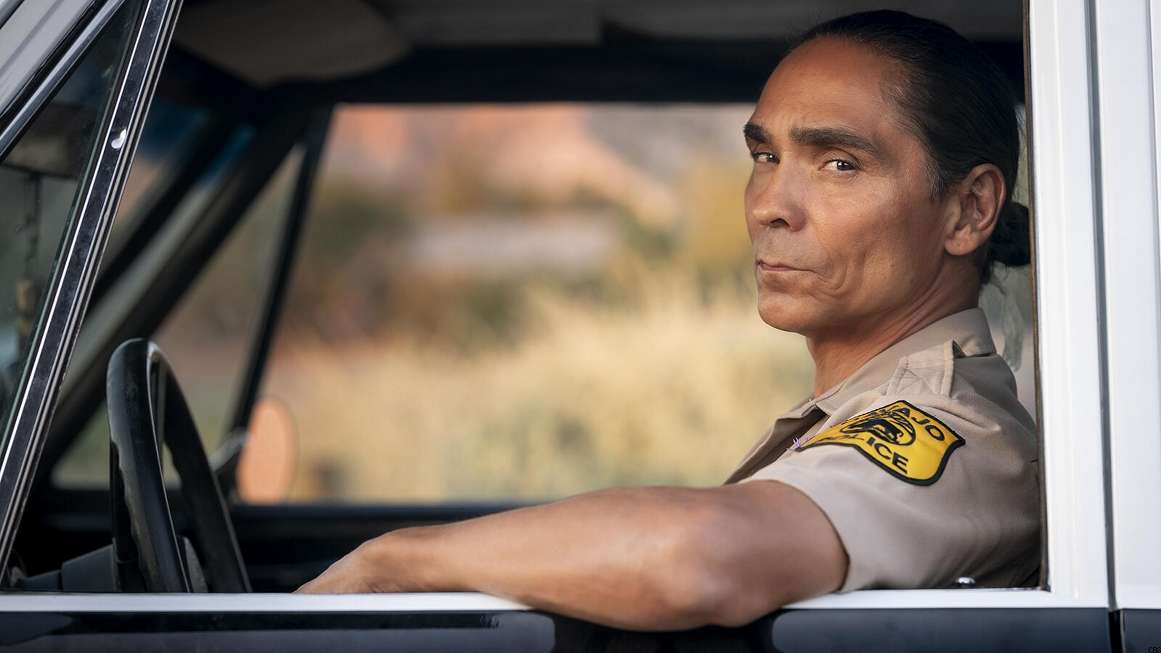 Fifty-five years ago, at a high-school newspaper seminar at the University of New Mexico, I listened to a talk by the chairman of the UNM journalism department. It was a pleasantly meandering tale of his experiences as a wire-service reporter and a metro daily city editor, full of lurid newsroom tales of how to outwit recalcitrant cops and write through obliterative hangovers. But what really caught my attention was his disclosure that he was writing a murder-mystery novel. I had never met an actual, bona-fide book author before.

After his speech, gripped by a modest (though it didn’t seem so to me at the time) fantasy of owning an autographed copy, I scampered to the front of the room to ask what the novel would be called and when it would appear. He hadn’t picked a name yet, he replied, but he expected the book to be on the shelves the next year. A year came and went with no sign of the book, and then another, and I sadly concluded the professor had been unable to evolve past the 300 words that compose most newspaper stories to the 100,000 or so that make up a book. (By that time, I myself had written plenty of the former, but could contemplate the latter only with blank terror.)

It wasn’t until I was leaving New Mexico four years later, heading for college—literally standing at the airport, waiting for the departure gate to open—that I finally spotted the book at a newsstand and hurriedly snatched it up. By the time I reached San Francisco a couple of hours later, I was halfway through The Blessing Way and well into what has turned out to be a lifetime acquaintance with Lt. Joe Leaphorn, one of the heroes of Tony Hillerman’s tales of tribal cops working the darker corners of the Navajo reservation.

Leaphorn and his subordinates Jim Chee and Bernadette Manuelito appeared in 18 Hillerman novels over the next 36 years, and seven more after Hillerman’s daughter Anne took over the series in 2013 following her father’s death. The Navajo cops are all getting a new and vivid—albeit slightly scrambled—lease on life in AMC’s crime-drama series Dark Winds, which launches a six-episode season this weekend.

Executive producers Robert Redford, George R.R. Martin (Game of Thrones), and Graham Roland (Fringe) have fiddled a bit with Hillerman’s characters and their chronologies, sometimes in ways that will likely displease purist fans. (Dark Winds, for instance, is based rather loosely on the 1978 novel Listening Woman, written before Chee and Manuelito even existed, literarily speaking.)

But the producers have kept the unique blend of style, genre, and story that make Hillerman’s novels so strikingly unique. Dark Winds is a noir crime story. It’s a Western. It’s an exploration of reservation life and cultural friction. It’s a travel-highlights reel of the harsh beauty of the high desert of the American Southwest. It’s an inside-out look at identity politics. It’s—maybe—a supernatural thriller. It’s a pure blast to watch.

The opening minutes of Dark Winds look like pure, quick-paced cop drama, coupling an armored-car robbery in Gallup—a New Mexican town just east of the Navajo reservation—with a double-murder inside the rez. Leaphorn (Zahn McClarnon, The Son) at first shows little concern; the robbery isn’t in his territory, and reservation murders are federal crimes that fall to the FBI’s jurisdiction.

But Leaphorn’s decision to defer to the FBI on the murders, however legally mandated, doesn’t sit well with the victims’ families. “Since when did the FBI give a damn about a dead Indian?” asks one relative bitterly. And Whithorn (Noah Emmerich, still carrying a badge from his stint with the FBI in The Americans), the Bureau’s resident agent, is willing to give the Navajo cops a piece of that investigation if he can get their help with the armored-car heist, which he’s sure was the work of a terrorist offshoot of the American Indian Movement that’s taken root on the reservation.

So a deal is struck, but probably not for long. Whithorn refers to Indian cops interchangeably as Tonto and Kemosabe; Leaphorn dismisses the armored-car case as “white people’s problems.” One of the major departures from Hillerman’s books in Dark Winds is the insertion of a corrosive level of raw ethnic tension between the Indian and white characters, often linked to unhealed historic wounds.

Sometimes they aren’t even very historic. When a Navajo nurse correctly translates to an Indian maternity patient that her white doctor is suggesting that the delivery of her baby take place in a hospital rather than at home, the nurse—unknown to the doctor—adds that he probably intends to secretly sterilize her after the birth, a practice that was still going on in the early 1970s when Dark Winds is set. Occasionally the writers get a little carried away—they seem to have a particular thing about Pat Boone as a gruesome avatar of white racism, though  I don’t think you could have found a jukebox in America in 1971 that still played his records—but mostly it’s a realistic addition to the Hillerman canon.

The FBI is not the only captious force with which Leaphorn must grapple. He’s just been unexpectedly assigned a rookie officer, Chee (Kiowa Gordon, Roswell New Mexico), of uncertain skills and affinities. In Hillerman’s books, Chee came from a blue-collar Navajo family and worked his way through the University of New Mexico, but here he’s an ambitious Berkeley grad who left the reservation years ago—the story is a bit murky—and has returned just to get his law-enforcement career ticket punched.

Chee turns out to have some good cop instincts. But he still clashes with both Leaphorn and Manuelito (Jessica Matten, Netflix’s Frontier) over his Berkeley-bred open contempt for Navajo superstitions about witches, shapeshifters, and ghosts, all of which play a major role in reservation crime. (One of the victims in the double murders the police are investigating is mutilated in a way suggesting the killing had something to do with witchcraft; the other seems to have been literally scared to death.) Leaphorn, a hardcore atheist, nonetheless recognizes it’s important to take the reservation’s core beliefs into account in policing the place. “You spend much time on this reservation around people who believe it, you start to believe it too,” he warns Chee. “Real’s in the mind of the beholder.” Manuelito is unambiguously a believer. “Out here, sometimes your best protection isn’t your .38,” she lectures Chee, waving her anti-witch medicine bag.

The tension between the rationalism the cops have absorbed at the white colleges they attended and the metaphysical Navajo culture in which they grew up is a constant theme in Dark Winds. That’s not its only unique perspective. No police force on American television depends less on microscopes and spectrometers than the Navajos, partly because the show is set 50 years ago when “forensics” meant nothing much more than fingerprints and partly because resources are thin on the reservation, where 50 officers must police 27,000 square miles of unforgiving desert. “Maybe we should call for backup,” Chee suggests when he and Leaphorn find themselves in a jam. To which the lieutenant tersely responds: “What backup?” Dark Winds is set in a time and place utterly foreign to American TV. You’ll love it there. 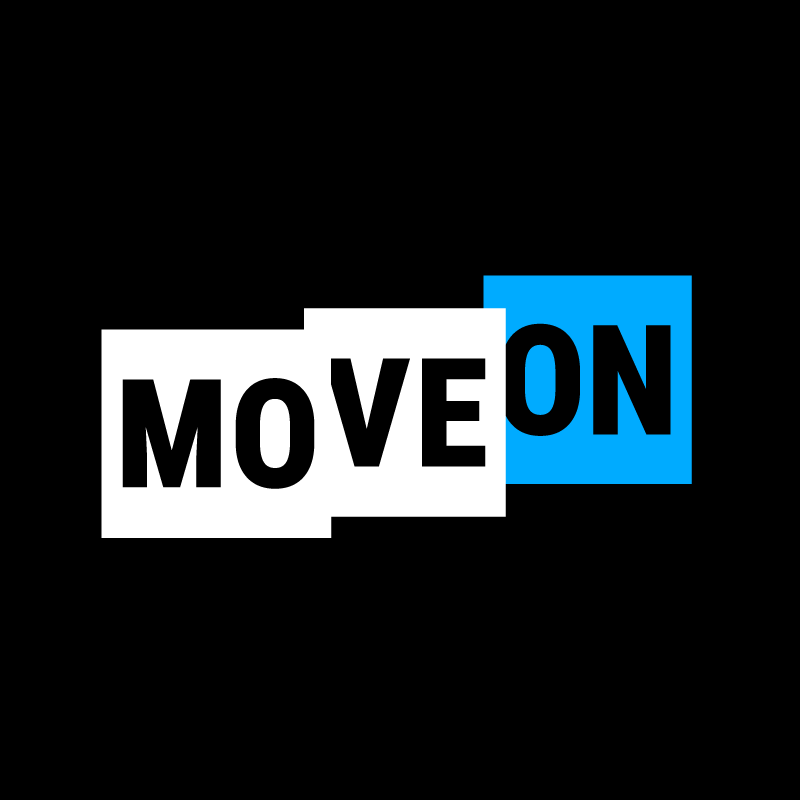 More voters identify as pro-abortion rights than as Democrats, making abortion an important issue for picking up swing voters

The survey was fielded before the U.S. Supreme Court released its decision in Dobbs v. Jackson Women’s Health Organization, making it more likely the data has shifted in the aftermath to further increase the urgency with which voters view abortion rights and their willingness to engage on the issue.

“If we want to restore abortion rights and prevent Republicans from passing a national abortion ban, we need to fight to hold the House and add two Democratic senators who will prioritize abortion rights over the filibuster,” said MoveOn Political Action Executive Director Rahna Epting. “Democrats speaking out for abortion rights doesn’t motivate only base voters—it’s an extremely important issue for swing voters, as well.”

“The electorate in several battlegrounds—like Pennsylvania and Wisconsin—are far more supportive of abortion than conventional political wisdom thinks they are,” said Lake Research Partners President Celinda Lake. “More voters in these states identify as pro-abortion rights than as Democrats, making abortion a key issue for picking up support from swing voters.”

MoveOn commissioned Lake Research Partners to design and administer an online survey of 300 likely 2022 voters in each of four battleground states—Arizona, Georgia, Pennsylvania, and Wisconsin—as well as 200 Democratic surge voters across the four states. The survey fielded June 6-14, 2022. The margin of error for each state is +/-5.7%.

MoveOn is a people-powered force for progress. MoveOn mobilizes the left to elect Democrats and enact progressive change. We are the home base for millions of members who refuse to accept the status quo and are moved to take action. For more than a generation, MoveOn has been a bulwark against the radical right, channeling our voices to end wars, protect democracy, and advance justice for all. 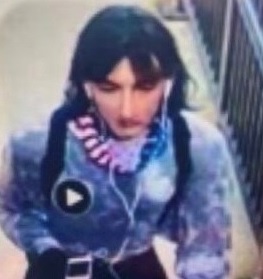 WGN in Chicago released a picture of the Highland Park shooter attempting to evade police after killing 6 and injuring more than 20 others.

We reported earlier that it was reported that the Highland Park killer wore women’s clothing when evading the police:

The gunman accused of fatally shooting seven and wounding over 30 people at a Highland Park Fourth of July parade wore a disguise and blended into the crowd he fired upon before he fled the scene and was eventually caught by police.

Police said he had planned the attack for weeks and on Monday, was able to access the roof of a business near the parade route and fired over 70 rounds into a panicking crowd.

The downtown parade was disrupted around 10:10 a.m. after shots were fired near Central Avenue and 2nd Street.

According to WGN News anchor the channel had obtained a picture of the killer in drag.

WGN Investigates has obtained an image of the suspected parade shooter dressed as a woman. Police say he wore the disguise to aid in his escape. https://t.co/KwPtulXno3 @WGNNews pic.twitter.com/GniP3CLBNA

Here is as reported from WGN:

“In 2018 just after he announced his retirement, Justice Anthony Kennedy, who sat at the ideological center of the court for much of his 30-year tenure, met with a groups of reporters. Was he worried that some of the precedents he helped establish–the right to abortion and LGBT rights, for instance–might now be in jeopardy? No, he replied. He was confident that constitutional rights, once established would remain in place,” NPR reports.

“It took just four years, and the addition of one more Trump appointee to the Supreme Court, to prove him wrong.”

FiveThirtyEight: “The data emphasizes that the court is deeply polarized along partisan lines — perhaps more than it’s ever been. There have always been ideological disagreements among the justices, and those have often pitted liberals against conservatives, but those divides weren’t consistently linked to the justice’s appointing party.”