Bloomberg: Fighting within OPEC will lead to an "oil tsunami" of up to one billion barrels

The US Bloomberg agency said that it is expected that the oil price war between Saudi Arabia and Russia will lead to the outbreak of the largest flood of crude oil in history, and this flood may be too much for the world to store.

A report by the agency published Saturday, March 14, 2020, made it clear that as producers intensify their shipments in the struggle for global market dominance, and the SK virus breaks demand, an additional billion barrels can flow into the reservoirs. This would put pressure on available space and further destroy oil prices, with brutal repercussions for the oil industry and producing countries.

"If the current situation continues through the summer with current production figures, it is inevitable that global storage capacity will be exhausted," said Jeffrey Currie, Global Director of Commodity Research at Goldman Sachs.

The dispute between Riyadh and Moscow caused heavy losses

Oil prices collapsed by 32% to nearly $ 34 a barrel, after exporters disagreed over how to deal with the virus, damaging the three-year global coalition of producers, as well as launching competition to offer customers the largest discounts. This prompted U.S. shale drilling rigs, such as Occidental Petroleum Corp and Apache Corp, to cut profits and spending. The prospect surplus may still be under control: President Donald Trump promised to get some oil out of the market on Friday, March 13th, by filling the US strategic reserve. Producers may take months to operate all the dormant assets they need to flood the market. In conjunction with low crude oil prices hurting the warring economies, they will likely reach a "truce", according to Ed Morse, Citigroup's commodity research director.

Is this oil tide turning into a tsunami?

Saudi Arabia announced that it will produce supplies in record quantities up to 12 million barrels per day next month, as well as pay the UAE oil fields to exceed its normal capacity in order to increase production by up to a third. Russia will increase its production by 500,000 barrels per day, while other countries in the torn OPEC + alliance are planning to increase their production as well, such as Iraq and Nigeria. 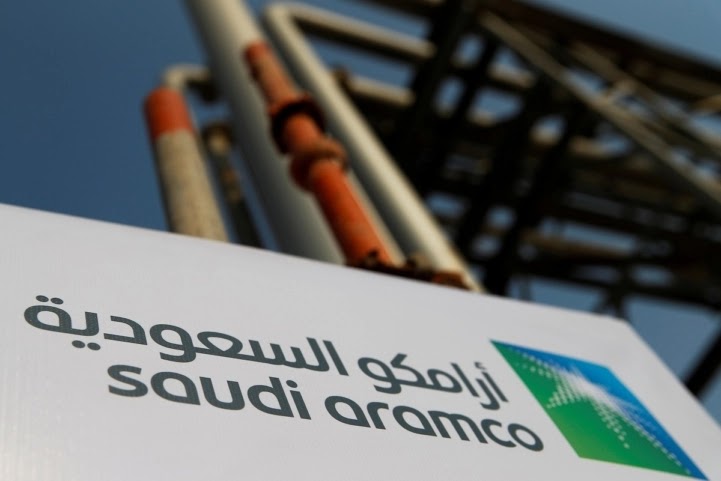 If we reach our maximum storage limits, oil prices will likely collapse so that producers with higher operating costs will have to stop production, and they are mostly US shale drilling rigs. Or will the loss of revenue put pressure on politically fragile producing countries until they reach a breaking point, such as Venezuela and Iran.
Paula Rodriguez-Maceio, an analyst at the consultancy firm Rystad Energy AS in Oslo, said that US shale oil “will not begin to actually decline before the end of the year. Then the market will be fully satiated. ”
Global supplies are also currently exceeding the average demand by an unprecedented rate of 3.5 barrels per day, due to the impact of the Coruna virus, according to the International Energy Agency, which advises major economies.

US Bloomberg accounts showed that once OPEC + countries increased supply, the surplus in the second quarter would balloon to more than six million barrels per day. Goldman Sachs expects inventory to accumulate to the same extent. By the end of the year, there will be more than a billion additional barrels of oil on global markets.
In total, global crude oil stocks are expected to expand to 1.7 billion barrels this year, according to Bloomberg calculations, nearly three times the capacity during the largest surplus recorded by the International Energy Agency in history. This was in 1998, when Brent crude collapsed to its lowest levels of less than $ 10 a barrel.
We currently use about 65% of the global total oil storage area of 5.7 billion barrels, according to energy data from Kayrros SAS. The company has estimated that current rates will bring us to the theoretical limits, just below the full figure, within a year or a little more.
Antoine Halv, the company's chief analyst, said: “The current rate of mobilization is unprecedented. But the storage capacity is not completely exhausted, even at this amazing pace. We still have some space on paper. ”

Oil traders ... the only beneficiaries

For oil traders, there are opportunities to earn tremendous profits by stacking barrels and exploiting the difference between current low prices and future high prices. For example, Vitol Group, the largest independent trading company, has rented tanks in South Korea that can be used to take advantage of lower prices.
With ground tanks depleted, companies will start using giant tankers at sea to store the surplus, Paula says. The cost of storing crude in those ships has doubled over the past three months, according to estimates by ship brokers at E.A. Gibson.
When there is no other place to store unwanted barrels, oil producers will have to cut back on operations. "At some point, the price of oil will have to decrease to the point that continuing to pump oil is uneconomical for American producers," she said.
Paola continued that many of those companies already guaranteed their returns by selling hedging forward contracts, as production will likely not start to slow until the end of the year. And it may be too late for some countries that rely on high oil prices to finance government spending.
Before the recent crisis, prices were a challenge for the "five fragile" countries in OPEC: Algeria, Iraq, Libya, Nigeria, and Venezuela, according to Halima Croft, director of commodity strategy at RBC Capital Markets LLC.
Moreover, Iran, which faces a double attack from US sanctions and low oil prices, has become a candidate to top that list. And Halima added, “This is a disaster for the five fragile states. It has now become six countries shaky. ”

Priyanka Chopra Says It Took A Pandemic To Spend Time With...

Priyanka Chopra opened up about her married life with Nick Jonas as they got married...

Coach John Kavanagh has admitted everyone is ‘disappointed but OK’ after Conor McGregor...

The Kremlin must decide how to respond to weekend protests supporting jailed opposition...